by Catherine
Uncategorized
Share
‘What kind of mother are you?’ is a fascinating, if totally loaded, question. I’m just starting out with this whole mothering thing, so I’m still really trying to find myself as a mother. The question that I’ve been more likely to ask myself, then, has been ‘what kind of mother will I be?’ And more specifically: ‘will I be a mother like my own mother?’

I want to preface this by saying that I love my mother to the ends of the earth and beyond. We’re the best of friends. And I’m pretty happy with how I turned out. I had a very happy childhood, and consider myself to be a relatively well-adjusted adult with no significant psychological glitches and no major character failings. I really wouldn’t change anything about how I was brought up.

That said, my mother was, for much of my childhood (and, it must be said, parts of my adulthood), pretty hell-bent on messing me up in the greater service of controlling me and amusing herself. My mother was the Original Bad Mother, originator of the art of bad motherhood in its most efficient and ruthless form. Her methods were unconventional, but they were effective. Oh, were they effective.

The big guns in her child-rearing arsenal:

Guilt. As in, “I’m so disappointed in you, Sweetie.” Or, “I expected more of you.” Prefaced by deep sigh. Followed by sagging of shoulders and slow shaking of head and silent transmission of the following message: you, my only light and hope, have broken my heart. At which point I would scramble madly to get my room tidy or boost that B+ to an A or rinse my dinner plate or floss or just fix whatever it was that I had done to break my poor mother’s heart. Brutal. She wonders now why it was that I was such a fastidious, obedient anal child.

Humiliation. Was I refusing to get out of bed in time to catch the schoolbus? No problem – Mom would drive me to school! But she’d roll the convertible top down (in dead of winter), don a parka, driving goggles and a riding helmet and drive me right up to the grade-school playground area, honk the horn, and yell ‘WE’RE HERE SWEETIE! SAY HELLO TO ALL YOUR FRIENDS!’ I only missed the bus once in my entire school career.

And I’m not even going to go into the detail on the ‘DO YOU LIKE THAT BOY?’ moments, the many occasions of surprising me in the bathroom with a camera to up her stock of humilating photographs (‘TO SHOW YOUR BOYFRIENDS’), the time she turned up in my seventh-grade classroom dressed up as a clown and planted big clown kisses on me… Let’s just say that she was known (and universally adored, to my great frustration) among my peers and throughout our neighborhood and very possibly beyond the neighborhood as Cathy’s Crazy Mom.

And yes, she always spoke, in such moments, in full caps. It’s not really humiliation if every single one of your kid’s peers and anyone else who might turn to look can’t hear you. 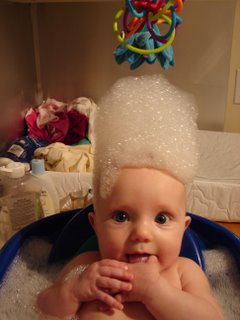 Am I oppressing this child by turning her into an Object of Amusement? Or am I liberating her inner House Party?

Deception. My mother would tell me anything that she thought a) might control my behaviour, and/or b) give her a laugh. By the time I was five, I believed, among other things: that the bottom of my tongue would turn black if I lied; that there was a monster living in my parents’ bedroom closet; that the signs on the highway that said “Watch for Falling Rock” referred to a lost Native American boy who had wandered away from his parents; that I had been found in a cabbage patch and could be sent back there; that if I stuck my finger in my navel my bum would fall off.

Accordingly, I never lied, I never went near my parents’ bedroom closet, I never left my parents’ side when we were out, I refused to eat cabbage and I never, ever touched my belly button.

Distraction. My mother has worn dentures for as long as I can remember (the result of an accident when she was young). And my mother has loved her dentures for as long as I can remember. Why? Because there is no more effective means of stopping a child mid-tantrum than taking out one’s teeth, crossing one’s eyes and going ‘BLAH BLAH BLAH BLAH BLAH.’ This action is even more effective when performed in grocery stores, shopping malls, parks, doctor’s offices or any other public space. (See #2, Humiliation, above.) It is devastating to teenagers.

And just for fun? You can perform this stunt during your child’s birthday parties, even when there’s no tantrum to stop. Just for fun. And? It’s even better if it’s your child’s 16th birthday party. Brings the house down. Kid won’t speak to you for a week, but still. Good times! 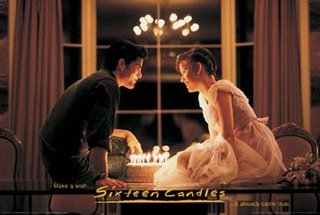 This is so not how the story ended for me that day.

So. Did the exercise of these Extreme Parenting tactics mess me up? Absolutely. But did they work? Abso-f***ing-lutely.

I had my troubled teen periods (there was, for example, a Goth phase that freaked both of my parents out: nothing like listening to bands called Skinny Puppy and wearing a rosary as jewellry to freak out Catholic parents) but these were pretty mild – I mostly rebelled by sulking and shunning team sports in favor of Art and Poetry and Obscure Music and by just generally wearing my angst on my sleeve. I saved the Girls Gone Wild behaviour for after I left home, and even then, it was always pretty tame. More along the lines of Girl’s Gone A Little Wacky and Is Maybe Getting Drunk On Weekends But Always Feeling Guilty About It Afterward.

(Okay, so the two years in Europe saw some extreme clubbing and a few embarassing Eurotrash club outfits and maybe passing out on the beach on the Costa Brava a few times. But I remained the kind of geek who would usually end up at a museum or art gallery the next day, nursing my hangover in front of Atomic Leda, clutching a dog-eared copy of Simone de Beauvoir’s L’Invitée and recording Deep Thoughts in my journal.)

(FYI? The Teatro-Museo Dali in Figueres, Spain, is the singularly best museum in which to nurse a hangover. Brilliantly askew, such that you are entirely comfortable in your own teetering, head-throbbing skewedness.)

Which is to say – I never had a close relationship with Trouble. I had to work hard just to flirt with Trouble. And if I did end up playing footsie with Trouble? I would usually run off shrieking in the opposite direction. Say it with me: Good Girl.

(For The Record: this is not to say that I was an angel. I very definitely dappled in the arts of bitchery and passive-aggressive psychological warfare. I just never got my hands dirty. And I always – OK, mostly – felt badly about it.)

I want WonderBaby to be a Good Girl – that is, my kind of Good Girl, one who knows when one can or must be bad, even as her mother’s voice urgently whispers don’t do it – as she sets out on her way to conquer the universe. There’s much more that I can – and certainly will, in some later post – say about that, but for now this one statement suffices: I want her to be Good. Not pathologically good, obviously (see past discussions about vulvaphobia) but good enough that she is concerned to avoid, so far as is reasonably possible, being unnecessarily bad. (Could I be more ambivalent about the good/bad nexus here? I’ve studied Machiavelli and Nietzsche for too long to be unreserved in my praise for goodness.)

Ah, there’s the question. I know that I do want to give my daughter many of the things that my mother (and father, who was not so extreme, tho’ he could hold his own) gave me: a sense of wonder, a good heart, an experience of faith, a sense of humour. And these gifts, I think, were absolutely bound up in what I’ve been referring to as her extreme parenting tactics. So I’m inclined to think that if I do become the kind of mother that my mother was – and it looks like I’m well on my way there – that that might be a pretty good thing.

But whatever the case, I’m not sacrificing the teeth. 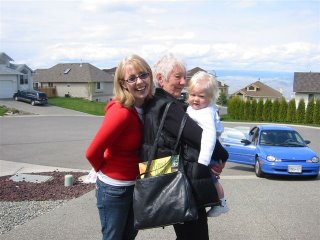