It feels like I’ve been away for a long, long time. Mentally and emotionally, I was. But it really looks like everything’s going to be okay now – different, but okay – and so I’m finding it possible to breathe again.

Catching up, by the numbers:

1) Zachary is being released this week from intensive care at BC Children’s Hospital and being flown back to Royal Inland Hospital, where they’ll watch over him and make sure that he’s really truly out of the woods, and where – please, gods – he’ll make a full recovery and learn to walk – and, we hope, run and jump and leap – again.

2) My sister is hanging in as best she can. Zachary is almost – almost, almost – out of the woods, but she is not. The long days and nights of sitting by her eldest son’s bedside, praying that death wouldn’t come just yet, please just not yet, were only a dress rehearsal for a tragedy yet to come. Her soul staggers under the weight of this. That I cannot relieve this weight makes my heart ache.

3) My grandfather won’t be going home again. He remains in hospital. If he’s lucky, he’ll be released to a care facility. His house – his house of some 25 years, the house that he’s occupied since my grandmother died, since I was a child – was put on the market this week. And with that, my inner child dies another little death.

4) My father is afraid that searching for my half-brother will end badly. He’s afraid for my mother’s heart. I am too. But I’m still going forward. Will I hate myself for that? I don’t know. I still have to try.

6) I am six thousand years behind on postings to the Basement. If you’ve sent me something, please bear with me. I will catch up.

7) I have to close comments, again. I haven’t read so many of the comments from last week, and am about two weeks behind in responding to e-mails and I just need to catch up, yanno? 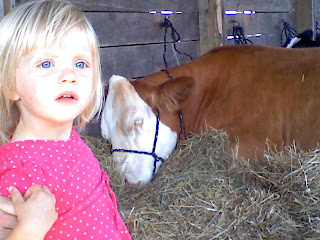