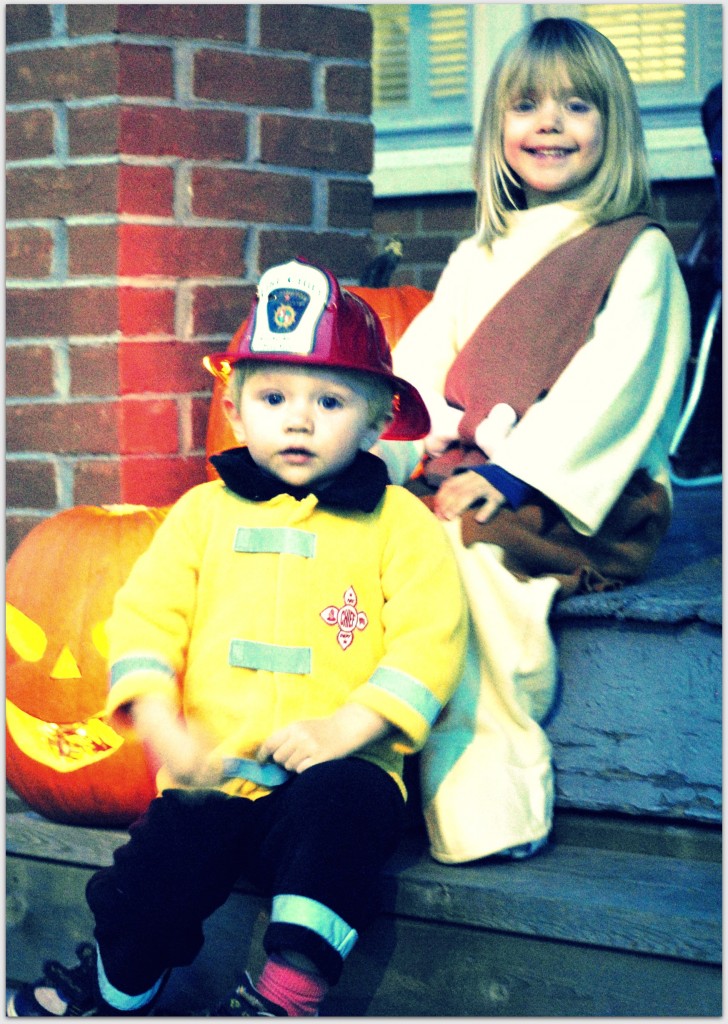 No, Emilia is not dressed as Jesus. That would have been pretty funny, but I still have enough of a hangover from years of being raised Catholic that I would worry about being smited (smote?) (smitten?) for impiety. She was a cave girl, via Jasper’s Bam Bam costume, which he rejected in favor of last year’s ill-fitting fireman costume accessorized with his sister’s bright pink ankle socks, a choice that we didn’t understand until we witnessed him devote two-thirds of his trick-or-treating schedule to systematic jack-o-lantern safety inspections at every house in the neighborhood (“ooh, Mommy,” he’d say, kneeling by a particularly brightly lit gourd, “PUMPKIN. TOO HOT.” Then he’d try to blow it out.) Clearly, he had a mission, and so he wasn’t so much donning a costume as he was putting on a uniform and pursuing a vocation. We never did figure out the pink socks, but I think that that choice is best left unexamined.

Anyway, yeah: Emilia went as a cave girl, but ended up looking more like a very tiny Jesus with blunt-cut bangs and a leftover steak bone shoved in his robe belt, which is, I imagine, exactly how Jesus rolled. But you didn’t hear that from me.

/looks anxiously at the heavens.

(I also dressed up liked this for the Blissdom Canada costume/karaoke party. I’m thinking about adopting it as my regular look, because, seriously, I think that it’s just ME.) 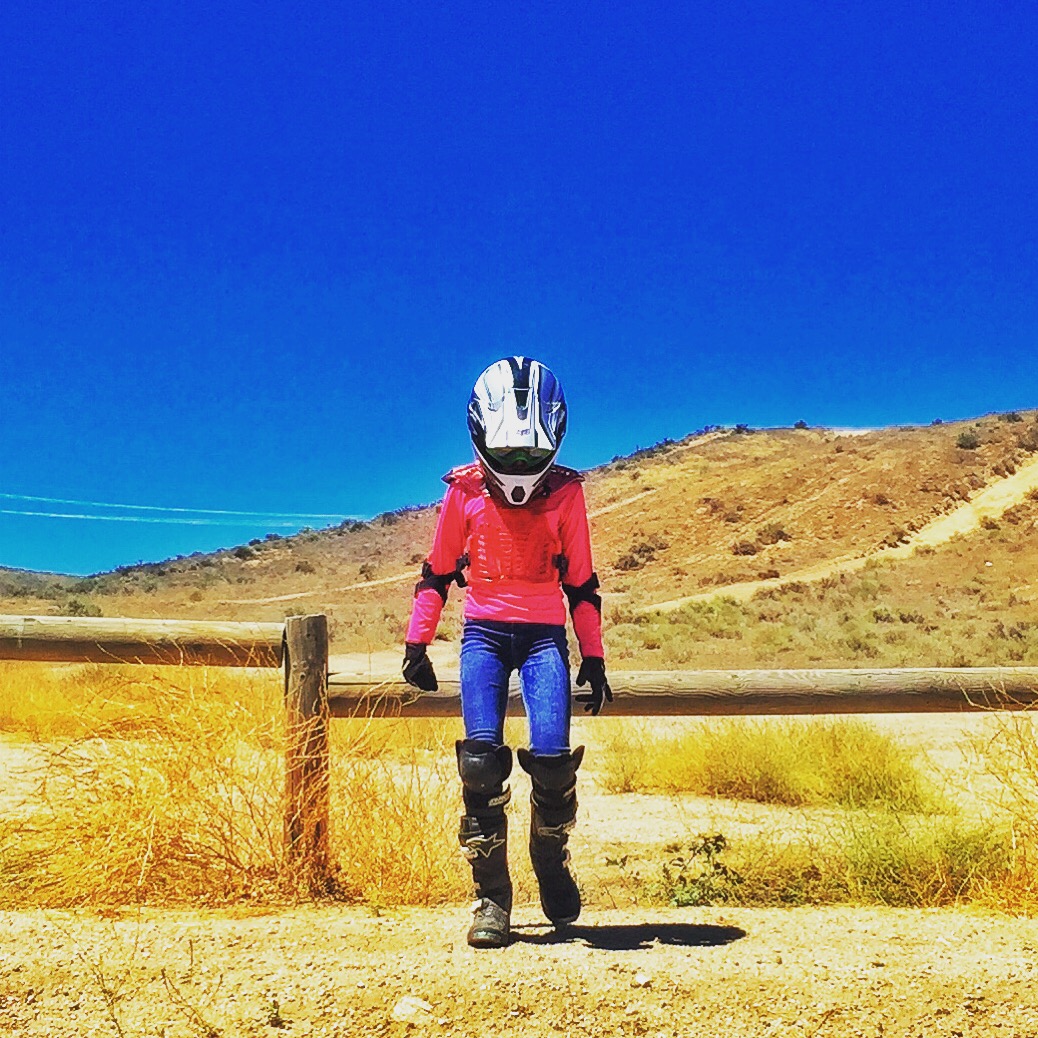 Mamas, Do Let Your Babies Grow Up To Be Awesome

Happiness Is A Margarita And A Kitten