Hope, Which Has No Opposite In Fear

In September, while I was in Lesotho, I received this email:

I’m a frequent peruser of your blog but haven’t had much time for blog reading lately. My husband and I have been working our asses off to get the paperwork together to adopt two little boys from Lesotho. I was amazed when I clicked on your blog this morning and saw where you were. We’ve not seen our sons faces yet. We heard about two little boys (one who is HIV positive, one who has vision issues, both under the age of 3), knew they were ours even though it’s foolish, and started working on getting all the paperwork together. My fool heart hopes that one of the children you’ll take a picture of will be one of my boys because I’m aching to know their faces, but I know that’s unlikely. Still, I hope.

Please, I know you’re going to promote this project but you have such a voice, please promote the truth about living with HIV. Please tell people they CAN adopt HIV positive children. Tell people they cannot get HIV from anything other than birth, needles, breastfeeding and sex. Tell people that HIV in the modern industrialized world is not a death sentence and that they wouldn’t know someone was positive unless they were told. Tell people that in Africa, HIV almost always leads to AIDS because those same medications that save lives in America and Canada are expensive and almost impossible to get in the worst affected places in Africa. Tell people that AIDS is stealing entire generations the same way it stole my son’s biological parents, the same way it’s stealing the parents of countless children. Tell people that it doesn’t have to be like this. No one has to die from AIDS. Please, please tell them. I wish I had half the reach you have because I’m fighting a losing battle here with trying to convince people that my son will not be someone who should be avoided or feared.

I am so glad you’re in Lesotho. Nothing but good can come from you opening people’s eyes to the realities of HIV and life in Lesotho.

I wrote her back, after I returned home. I thanked her for writing me. I told her that her message had made me cry. I told her that I didn’t have words that could match the force of what she’d written. I asked her if I could post what she said.

Because, I don’t have words to match these. I don’t have words that even come close. I’ve written a lot of words about HIV and AIDS, and about mother-to-child transmission of HIV, and about prevention of mother-to-child transmission of HIV, and about the experience of meeting people – of meeting mothers and babies and children and grandmothers and aunties and teachers and caregivers – whose lives have been affected by HIV and AIDS. About visiting a country where almost everyone’s lives have been affected by HIV and AIDS. About feeling the heavy weight of my own privilege, coming from a country where the word ‘pandemic’ is heard more often on television series about zombies than it is in real life. I wrote a lot of words about a lot of things. But none of them came close to capturing the urgency of the situation, to communicating the complicated balance of hope and fear that rules the lives of the women and children that crowd the corridors of the ramshackle clinics, waiting for their anti-retroviral treatments, waiting to find out if their babies are HIV free, to expressing how viciously unfair it seems that this is what motherhood looks like for so many women when for me it is just one long lament for more sleep and a better stroller, to expressing how viciously unfair it is that this young girl will probably never get to live out her dreams, while here young girls end up on My Super Sweet Sixteen bitching about how their daddy got them a Bentley instead of a Beamer.

When I was in Lesotho, I met a young woman named Mammope, and her 18 month old daughter, Katleho. Mammope is HIV-positive, and has been since before Katleho was born. She followed a strict regimen of PMTCT treatment and, as of when I spoke to her, Katleho was HIV free. We spoke of her treatment, about her life as single mother, the difficulties that she faced just getting by, her determination to do everything in her power to keep her daughter well and safe. We talked and we talked, and then, just as we were about to say our goodbyes, she paused, and turned away from the translator, and asked, in hesitant English, this: “can you tell me, in America, is there a cure? Will you find a cure?” She paused again. “Because I want to live for my baby, for her.” And then she started to cry. 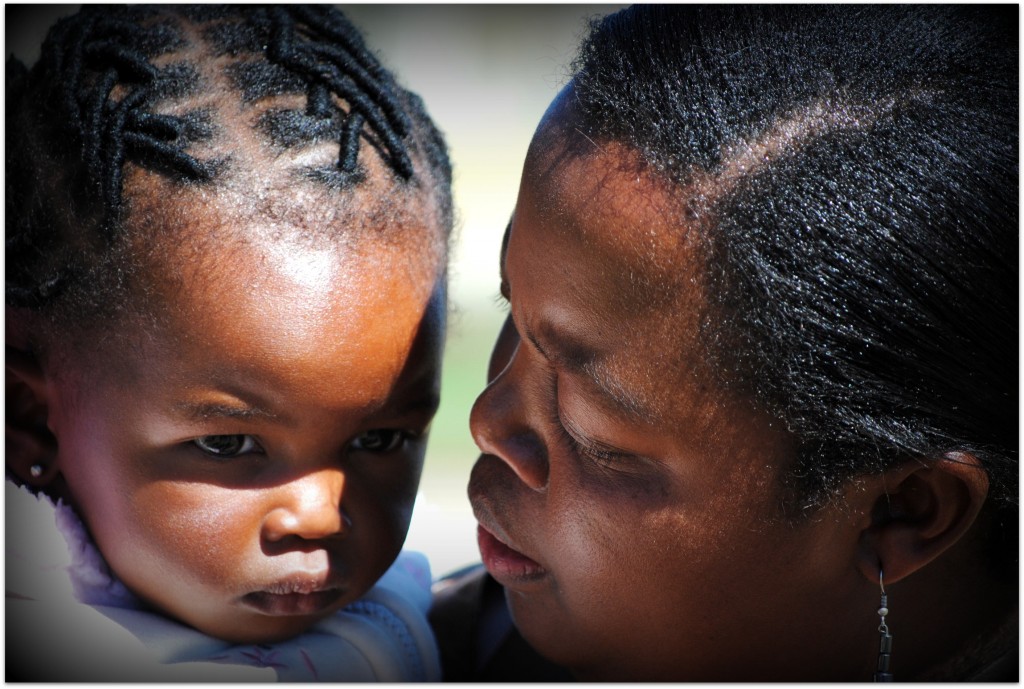 I cry every time I remember her. I don’t need to break that down for you. How and why she affected me is completely incidental to this story. That she affected me is completely incidental to this story. All that matters is that she is, and her daughter is, and they are just one mother and one child among too, too many, and maybe it’s enough that I can tell you part of their story – that I can play some part in, as my reader K said, above, “opening people’s eyes to the reality of HIV” – and maybe it’s not – what good is opening eyes if our hands aren’t sufficient to the work? –  but it’s all that I’ve got, all that I can do.

My heart breaks because it’s not enough.

(Not enough, but still worth doing. Also, this: learn, blush, shop, watch, listen, drum, donate, tweet,dare. And share: the stories that move you, the resources that help you learn, the programs that help, everything and anything that distributes hope. Spread it around. Please.)

It Was The Sound Of A Crescendo 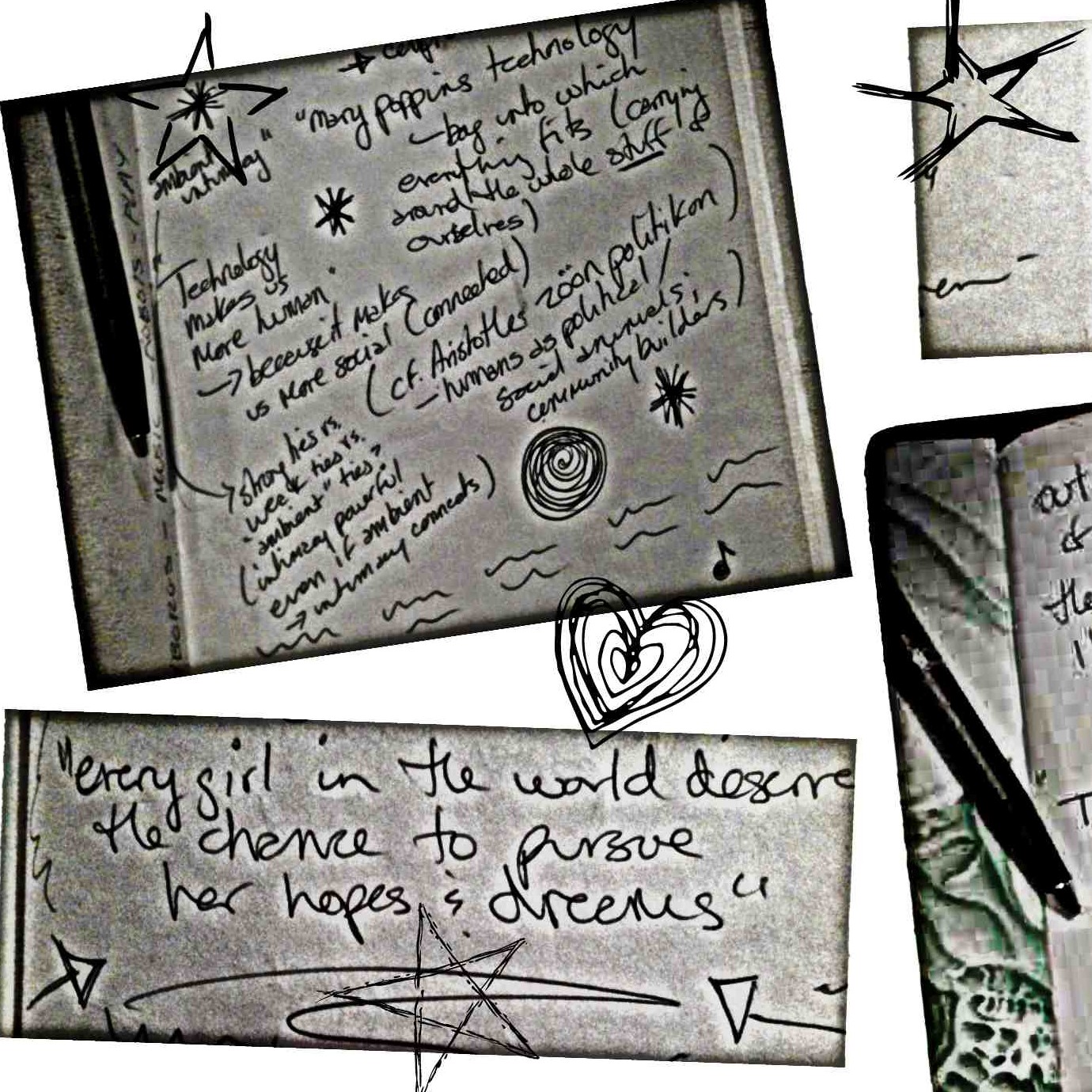 I Am Mother, Hear Me Roar