Eichmann On The Playground

There’s nothing like being away from home and getting a text from your spouse that says call me as soon as you can.

It’s about Emilia, he says when I call.

What about Emilia? I don’t know what the right words are to express, here, how shrill my voice was. ‘Shrill’ works decently well, I suppose. My voice was shrill.

She came home from school with a note. It said that she hit Madeleine, and that L and C were involved, and…

But you knew that hitting was wrong, Kyle said to her. Yes, Daddy, she replied. But I’m only five, and even though I knew it was wrong I was still confused. I didn’t want them to hit me. I didn’t know what to do.

What does one do with this? Emilia is one of the youngest children in her French Immersion kindergarten class, and the youngest among the girls, girls that her teacher described to me once as ‘all Alphas, every last one of them, and more than a little bit socially aggressive.’ I hadn’t been bothered by this state of things, when Mme Santos described them to me, because she’d also told me that Emilia frequently stood up to them, and asserted her independence from them , and was unafraid to be vocal in expressing her sense of injustice. But there was still one small, nagging worry: mightn’t it serve her better if she were able to get along with at least some of them? Not if it meant following the clique, of course, but maybe she need not resist them so aggressively? Mightn’t she otherwise end up a loner, at five? And, oh god, how is it that we even have to worry about this, when she’s just five?

And now here we are, facing a situation in which – it sounds like – Emilia is being bullied into being a bully, and her vulnerability to being so bullied is stemming, apparently, from a desire to not be excluded, which is exactly what I’d worried about for her – being excluded – but it seems that I worried wrong, and that maybe she was better off excluding herself, and – again – oh god she is only five years old what does this all mean?

Then again, children can be assholes. Emilia has her tyrannical impulses. It would be naive of me to assume that children her age aren’t – it would be naive of me to assume that she isn’t – capable of social tyranny. The question is, are they capable of understanding the implications of what they’re doing? Hannah Arendt insisted that Adolf Eichmann was not a monster, but that he was, perhaps, a clown; an ignorant man. Small children, likewise, are not monsters – honey badger jokes aside – nor are they clowns. But they lack developed faculties of critical reasoning, moral or otherwise, and they are as vulnerable as anyone – perhaps more vulnerable – to lapses of judgment under conditions of fear. As Emilia put it, she’s only five. Sorting through the nuances of right and wrong in the context of highly charged social dynamics – to say nothing of, in the context of social fear – can be challenging for grown-ups, never mind kindergartners. 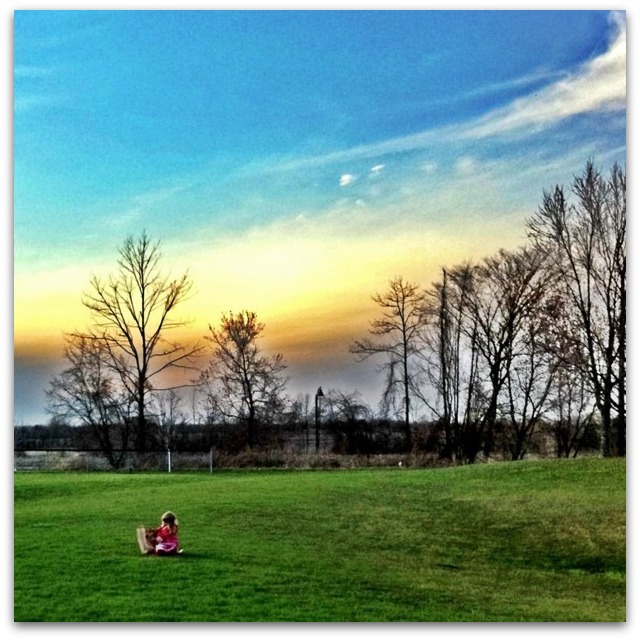 She’s still so small. And it’s such a big, complicated world.

I want to guide her well. I’m so frightened that I might fail.

(Please note, all, that I am not suggesting in the title to this post that my daughter is like Adolf Eichmann. I’m suggesting that the problem of bullying involves some Eichmann-ish dynamics, and, more to the point, that Hannah Arendt’s analysis of Eichmann and the so-called banality of evil applies to how we might understand the sometimes disturbing moral character of the playground, to say nothing of the politics of that playground. Which is NOT to say that all children turn into Nazis the minute they form tribes in such spaces. It’s just to say that any analysis of good and evil therein is complicated. See also: William Golding, George Orwell.

It’s also worth noting that I’m overthinking this. But that’s what I do.)