by Catherine
Bad Is the New Good, Causes, Global
Share

I need your help. Well, not me. This woman. She’s supposed to be in San Diego this week, receiving an award from BlogHer for her important work, and she might not be, because of her important work. It’s complicated, but also not: Yoani Sanchez is a blogger, in Cuba, and her work is important, and part of recognizing how important her work is involves fighting for her to receive that recognition.

Here’s the story, from my dear friend Ana, who has been working tirelessly to get Yoani to San Diego:

About 6 months ago, Elisa Camahort from BlogHer asked me to join the committee that selected the recipient of the International BlogHer Activist Award. I was honored by the invitation and accepted without a doubt. It was a great opportunity to explore the blogosphere in the world, the bloggers who passionately support a cause and move masses.
I was inspired to find so many women out there making a difference through their blogs. I was thrilled when I learned that my fellow committee members agreed to grant the award to Yoani Sanches from Generacion Y. For those of you who don’t know Yoani, she’s a Cuban Blogger who has literally shaped cyber-journalism. Yoani has received prestigious awards such as Premios Ortega y Gasette in 2008, New York Times Top 25 blogs in 2009, Premio Principe Claud in 2010. Even this year, Yoani received the International Women of Courage Award from the U.S. Department of State.

I called Yoanni with excitement to give her the news. This joy ended after a few seconds, when I learned that Yoani had been denied the “permission to travel” 15 TIMES.

My initial reaction was: “¿Qué, qué? How can they deny you a visa when you’re invited by Hillary Clinton? If the Secretary of State didn’t make it happen, then BlogHer will be a mosquito for the U.S. Embassy.”

Yoani explained that the denial didn’t come from the U.S. Consulate. It actually came from the Cuban Department of Interiors. Again: “Qué qué? I don’t get it. Why would a country hold the right to do something like this? In 2011, in the American Continent? Are we living in the same world?”

I’ve had several conversations with Yoani. I’ve also inquired about the process and how a “permission” can be granted. ”Yoani has criminal records!”, was the first answer I received. However, her criminal record consists in her courageous blog, her daring tweets and her public meetings where she records the Razones Ciudadanas videos. There has never been a formal process against her, Yoani has never been sentenced. So why is Yoani considered and treated as a criminal? What is a “delito contra la revolución”? (crime against the revolution). Which revolution? Are we talking about the past or the near future?

To understand – from my fellow revolucionarios who confronted our wounded parents and dared to admit that we agreed with the Cuban revolution. This was despite of the chancletasos (beatings) we often got for been so malcriados (rebellious). I don’t want to stop believing that el pueblo really wanted this back then. I also want to see the transition to the new needs of el pueblo. Ideally, in a civil and peaceful manner.

To grant permission: from Raul Castro, who is starting to open up many doors in Cuba. Leading the country through a peaceful transition. I know it’s not going to be easy. Please understand that you have a group here that will mediate between our angry parents and your angry activists. We believe that the solution is in the middle. Allowing Yoani to come to receive a blogging award at BlogHer will be a gentle sign of collaboration and openness to us, el pueblo. We’re not a government, we’re not necessarily involved in any political parties (I know I’m not), we’re simply – The People.

To support: from my fellow bloggers who know what it means to have the freedom to write whatever we want on our blogs. Those who can imagine what it means to feel prosecuted and judged by our words (in our own ways, we have all been there). Those who know how much it hurts when our own words are misinterpreted, manipulated and used against us.

If you have ever experienced the magic of a BlogHer, our own LATISM conferences or any other Social Media conference, and felt the power of the blogosphere, please help me bring Yoani to BlogHer. She deserves to have that experience. She has everything at this point (a visa, a plane ticket, hotel, a huge community that loves/welcomes her). All she needs now is for Cuba to grant her permission to leave the country for one week. You can help by asking the Cuban Department of Interiors to let Yoani come. Let’s blog and tweet using the #YoaniBlogHer hashtag.

Yes, let’s. Let’s not take for granted our own freedom to write and blog and speak and travel. As we wring our hands over our small anxieties and our minor worries about leaving our kids for a few days and braving the social media crowds in San Diego, let’s also remember that for some, just doing exactly that is a radical act.

Let’s do what we can to support Yoani in her radical act. Because we’re all bloggers. These are our freedoms. This matters to all of us.

(If you write a post, please add it to this blog hop, at Latism. You can also help by tweeting and retweeting all the messages with the #YoaniBlogHer hashtag. Ana tells me that Yoani goes tomorrow for a final answer on whether she’ll be allowed out of the country. Please blog/tweet/holler tonight and tomorrow. Let’s be heard.) 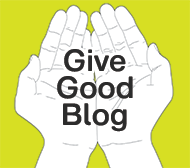 The Wringing Hands, Wring All They Can