Here’s the thing about moving: it sucks. Well, at least the part where you have to pack up all your stuff into crappy cardboard boxes, which requires organizing all your stuff, or at least having some sense of what is worth packing and what is really better sent to Goodwill and when all that stuff includes nearly six years’ worth of kid and baby crap, some of which is really actually crap – my god, the crayons! the displaced puzzle pieces! the Happy Meal toys! – and some of which holds some totemic nostalgia power, it’s really, really hard to sort it all out and you find yourself wishing , in some dark corner of your heart, that your house would just catch fire or that the earth would just swallow up it up or something – you wouldn’t be in it, of course, nor would your kids or your cats or your husband or your Macbook – so that you could just start over. You know?

I’m in Toronto this week, trying to balance work-work with the slog-work of packing and getting my family ready for the move down to New York, and goddammit if it doesn’t suck total shitballs. Kyle’s finishing his last shoot and Jasper’s asthma has been acting up and the cats keep finding random craft supplies that they chew on and then vomit up onto the exact place where I put my bare feet every morning and somehow, in the midst of all this, I’m supposed to figure out whether to pack the spare bedding and move it across the border or just buy new bedding at the Brooklyn Target – there will be Target! I cling to that! – and which of the kids’ baby clothes I want to keep forever for the purposes of weeping over when they’re teenagers and which should just be passed along to friends and the Salvation Army. And it is HARD. All I want to do is lay down on the floor with a bottle of tequila and pretend that we’re all just already there, in our new place, and that everything is done.

But it isn’t done. It’s going to take a while for it to be done. I’ll be gone again before it’s done, which means that part of the challenge for me is accepting that I don’t and won’t have total control over how this move goes. I certainly don’t and won’t have control over how the packing goes. Hell, I don’t even have any authority over how the Thomas trains get packed, and whether pants are required for their packing. 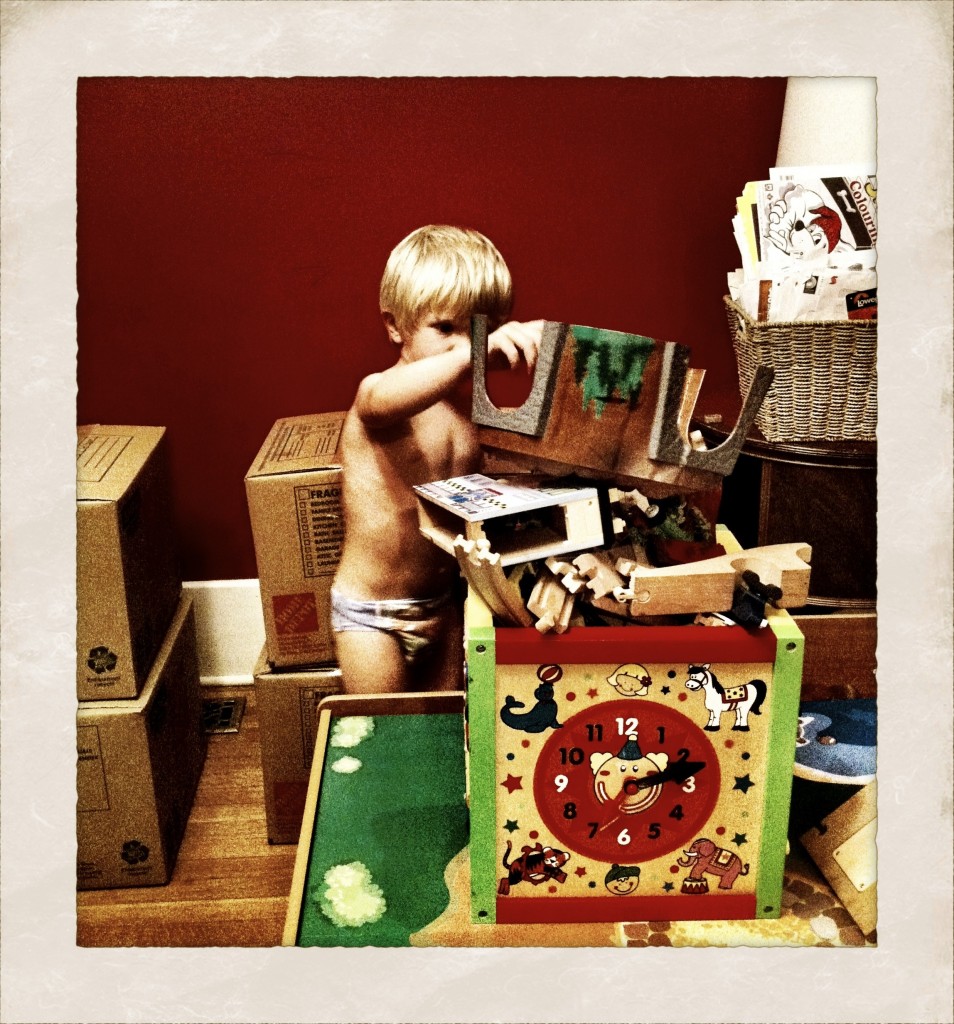 So. Is there a Serenity Prayer for moving? Because I think I need it.