Before I became a mom, I was an academic. During my pregnancy with Emilia, I was scrambling to finish my PhD – and teaching, and preparing papers for conferences, and applying for jobs – but even though I was acting as though I was preparing for my future as a Tenured Professor and Professional Smartypants, I was really pretty certain that once the baby came, I was going to slow my pace on that path. I was maybe going to circle right off of that path. I wasn’t sure. All I knew was, I didn’t see myself in the future that had been laid out for me at that point. I loved my research, but I didn’t see myself on departmental committees, I didn’t see myself teaching massive undergraduate seminars, I didn’t see myself dragging my husband and children around to the remote liberal arts colleges that would be the only places hiring professors of political philosophy, and probably not even tenure-track professors at that. I was headed elsewhere. I knew that much.

What I didn’t know at the time was that I was headed for social media. I was also headed for New York.

I wasn’t headed there directly, obviously. I had a ways to travel, down the road of mommy blogging, which was a road that I didn’t even know existed until some weeks after Emilia was born. But when I discovered it, I knew immediately that it was my road. Part of that had to do with the fact that it was – crazy, this – in line with my academic work. I’d been writing about mothers and the family in the history of political thought. I’d been writing about how motherhood and family life had been defined as fundamentally private, and effectually closed off from public discourse, except insofar as that discourse – directed by men – occasionally considered the private life of the family relevant to the public life of the state. Mom blogs took that private world and made it public. My mind – my academic mind – was kind of blown.

But the other part of the picture – the other reason why that road – this road – seemed almost inevitable – is this: I was always fascinated by how and why communities formed, and what made strong communities – strong networks, strong relationships – strong, and mom blogging and social media and motherhood itself brought this fascination to a head. And it brought it to a head in a way that brought me – previously the detached, academic observer – right into the action. I could live in this world that so fascinated me. I could even drive it forward.

My motherhood, in other words, became the key determinant in the re-routing of my career path. My motherhood – my experience of becoming a mother, and the radical reorientation of relationships and attachments and priorities that went along with that experience – was what made all the difference. And not just in what I wanted to do – but in what I was able to do. Motherhood – and its imperatives to connect, not just with one’s own children, but with one’s family and support networks and the community at large – drew me out of my garret and compelled me to expand the networking skills that had previously been limited in their exercise to the academic world. And it brought me, flush from exercising those underworked muscles, to other parents, and to social media.

And now to New York. I’m moving my family to New York City – a far cry from the tiny college towns that I hitherto contemplated – to lead some new and exciting projects at Babble (which is, in the opinion of my iVillage editor, ‘the mothership.’ Which means that I’m maybe not so much moving down as… beaming up?) Which is to say, I’m taking all of my academic experience (which, wouldn’t you know it, includes, in addition to philosophic work on motherhood and the family, extensive work in communications theory and at least one thesis-length inquiry into the Internet as a medium for building discursive communities. It’s like I was planning this all along) and my social media experience and my motherhood experience and bringing them all together and using them to, you know, really do something. Something very cool. (Of course, everything that I’ve been doing has been really cool, but this another order of cool. An order of cool wherein I no longer wear my pajamas to work. That’s huge, you guys.)

It’s a road that, as I said, seems to have been, in some ways, inevitable. But it’s also a road that has depended upon the synergy of a million separate decisions and indecisions, not the least of which was my decision to become a mother, and to embrace my motherhood wholeheartedly, and to reach out through that motherhood to see where in the world it would carry me. 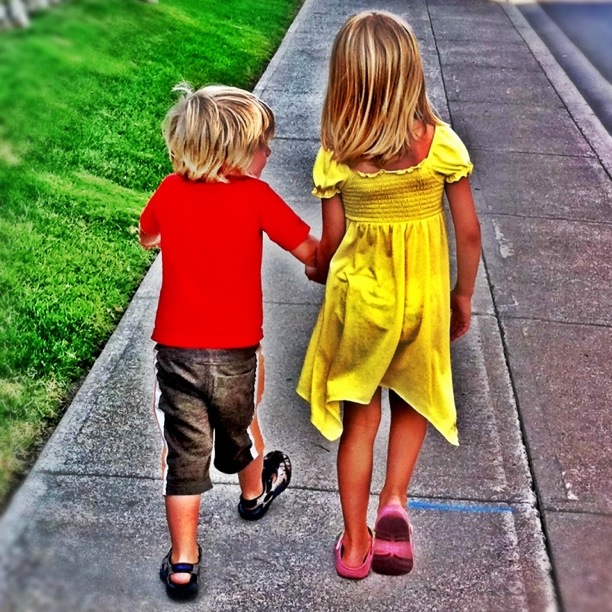 It’s a road gladly taken. I encourage you to keep your eyes open for your own such roads. They’re hard to spot at first, but they’re there, and they’re awesome.

This is cross-posted, with a few minor revisions, at iVillage Canada, where I was a columnist, for a time, but for no longer, because I am – as I’ve explained amply above – leaving Canada. You can read my archives at that column here. As for what happens from here on out, well, I’ll still be HERE-here. The Internet knows no borders, y’all. YOU CAN’T GET RID OF ME THAT EASILY.