America, I Love You, But I Totally Don’t Get You

Okay, so, first of all, ‘Super Tuesday’? I totally don’t get Super Tuesday. I totally don’t get a lot about how your political system works – and I say this as someone who holds multiple degrees in political science – but Super Tuesday is particularly confusing, not least because there is nothing super about it, certainly not in the Marvel/DC comics sense of the word. I mean, I understand how it works – presidential primary elections! in a whole lot of states! – but how it works is kind of baffling to me, because, seriously: why do you guys not just have, like, one election? You know, like we do in Canada?

I’m not saying that the Canadian multiparty parliamentary system is better, but seriously: we have one election day. Just one. It’s really pretty straightforward. Also, we have two dollar coins that we call ‘toonies.’ And also moose, and maple syrup. Which have nothing to do with democracy, but still.

What we don’t have is Rush Limbaugh, and batshit crazy politicians who get all up in ladies’ reproductive systems (I’m looking at you, Rick Santorum), and I can’t say that we’re the poorer for it. You’ll hear Canadians – if you listen to them, which you don’t – go on about how we have conservatives in Canada and how they’re just as alarming as any Limbaugh-like figure that the US can produce, but good golly that is just such an epic misunderstanding of what conservatism is. The Rush Limbaughs of the world are not conservatives: they’re fringe-facing demagogues. The kind of interventionist social conservatism that you see in the US – the kind that orients itself around issues like, say, deciding what women should and should not do with their bodies, or who should or should not get married – is just not as much of a thing in Canada, and it truly, honestly, totally baffles me to see up close in American politics. I’m used to more of a classic, neo-liberal conservatism, the kind of conservatism that has a logic to it, if not, you know, a heart. The kind of crazypants, illogical and heartless conservatism of a Rush Limbaugh terrifies me.

I know that this is a form of self-deception, but it comforts me, and so you must leave me to it. Because I love you, America, as I hope you love me, and just as I expect that you won’t think too much about how I pronounce the word ‘about’ and the letter ‘z’, I will not explore too fully the extreme outer edges of your political culture, and also will not watch your Chuck Lorre sitcoms or drink your Dunkin’ Donuts coffee. And thus we shall continue to love each other, and know each other only at our best. 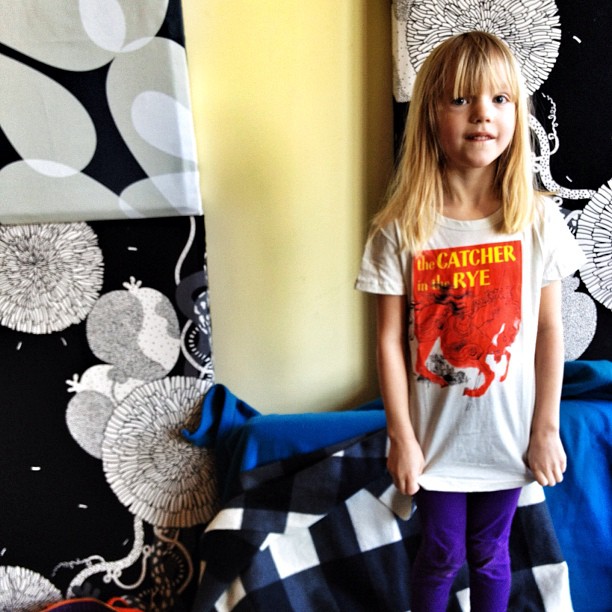 I indulged my worst ex-pat Canadian turned Brooklyn hipster parent impulses here. And I am really only somewhat sorry about it.