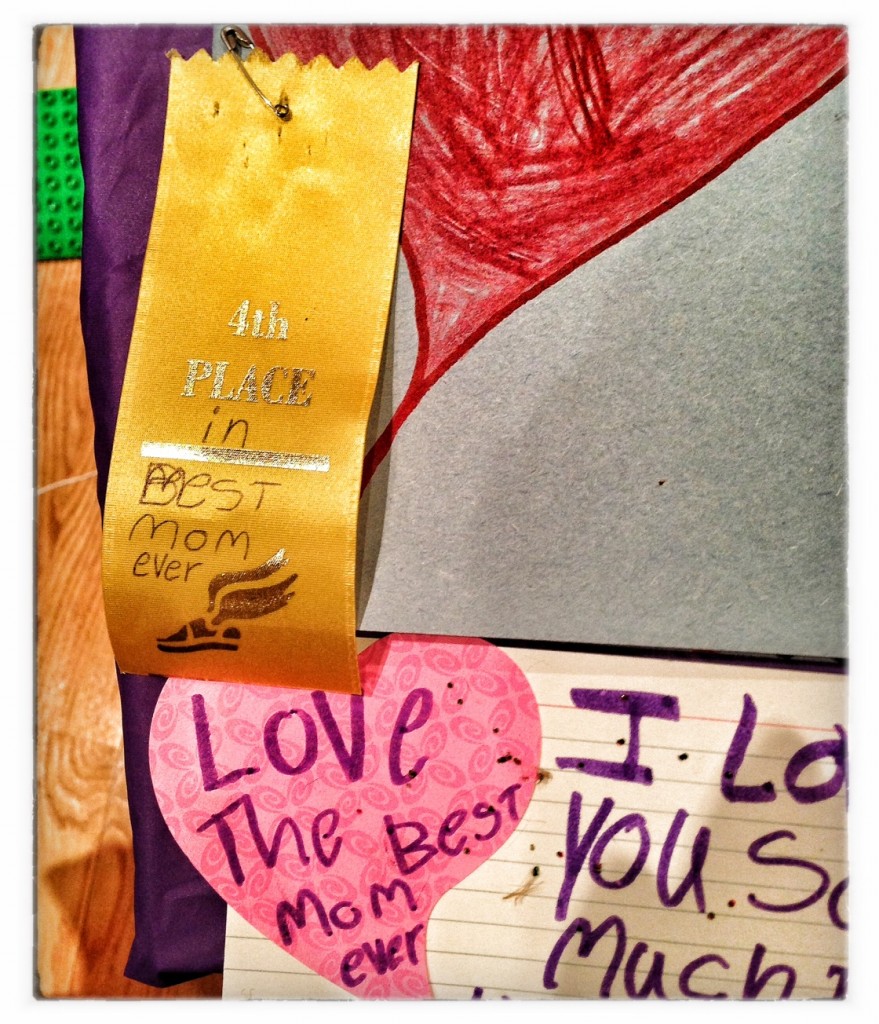 My mother was a stay at home mom for most of my childhood, and an enthusiastic one at that. She cooked and baked and sewed and invented games and activities and stories and basically created a home environment that was rich in play and imagination and the smell of chocolate chip cookies. And she loved it, every minute of it; by the time I was in my teens I’d lost count of the number of times she told my sister and me that being our mom was the most rewarding work that she could possibly imagine. But she would also say, in the same breath, that she wanted us to find our own rewarding work, our own source of joy, and that it might not be staying at home with kids. You can be anything that you want to be, darlings, she would tell us. Never forget that you can do anything and go anywhere and have any life that you want.

Which suited me just fine. Even though I witnessed, daily, my mother’s joy in her work as a stay at home mom, household management artist and domestic creative director (she would have loved the age of Pinterest, and dominated it), I had no interest in being a ‘mommy.’ I was going to be a marine biologist, an astronomer, a ballerina (tragic, that one), a stewardess (they were still called that in the seventies) and a writer. Note the ‘and:’ there was no ‘or’ in the equation of my future. Mom said that I could be anything that I wanted, and so I was going to be all the things.

This was all fine and good for most of my adulthood, young and otherwise. After some globe-trotting and adventure-seeking in my early twenties, I landed on a career track in academia and pursued it aggressively. I deferred the matter of children into my thirties, ambivalent about whether I even wanted them. When I did decide that I wanted them (yes, I decided, unilaterally, as my husband will tell you), I declared that we would have them, and then set about integrating pregnancy and childbirth into my carefully planned academic career schedule. I planned down to the week, using every fertility tracking tool at my disposal and giving us a three month window for conception to allow me to wrap my pregnancy while finishing my doctoral dissertation and balancing a teaching schedule that would only really permit a four week break between classes. Once we successfully conceived, I declared, like Marissa Mayer, that I would only take a few weeks maternity leave. I had shit to do; the children would just have to come along for the ride.

We know, of course, what happens to all the best laid plans. Emilia arrived late, and I had a harder time – a much harder time – with new motherhood than expected. I extended my maternity leave, I rearranged my schedule, I looked at the bright vista of my new life and blinked, confused and disoriented. When I returned to my university (only a few weeks later), I confessed my disorientation to my advisor. It’s going to get worse, he said. When you start teaching again, you’re going to become keenly aware of the fact that you are teaching other people’s children. Not your own. And you are going yearn to direct your energies to your own.

He didn’t mean my energy-energy. He didn’t mean that I would resent getting up in the morning for the benefit of people who were not my children. Well, he didn’t mean that mostly. What I would most resent would be the displacement of my intellectual energies, of my creative energies, of my intelligence, of my talent – toward the benefit of someone else. In this case – the case of teaching philosophy to 18 year olds – to someone else’s kids. And he was right. That first year of teaching after the birth of Emilia was brutal. I spent much of it aching to be with her, wrestling with the suspicion that perhaps my energies would be better spent with her, the way that my mother’s (my brilliant, extraordinarily creative mother) were with me. Although in my case, I’d be bringing to bear advanced degrees and top-of-field expertise in the arts and humanities and a specialization in a tangentially relevant sub-field. I could test the principles of Rousseau’s Emile toward actually raising a good citizen (never mind that he said mothers shouldn’t do it)! I could provide my children with a Socratic education! I could make them my work! I would be a feminist housewife and philosophic mother!

I never ended up actually doing this – devoted myself entirely to the care and nurture and education of my children – although I still sometimes fantasize about it, especially when Emilia brings home homework that baffles and insults. (Making text-to-self connections in Matilda? What about the semiotics of Matilda? Why are we not talking about Matilda as a readerly text? WHY AM I NOT HOMESCHOOLING?) I did stop teaching, and left academia, mostly (I leaned back, as it were; more on this below), and stayed at home. But Emilia stayed in daycare and I found another career-facing path, adjacent to the path of motherhood (overlapping it, really) as it happened, but still: career-facing, not child-facing.

And that has been very good for me. I was never – am not and never will be – cut out for dedicated stay at home motherhood. But I do understand, deep in my gut, why some women (and some, altogether too few, men) choose it. I understand why some ambitious women choose it. I understand why some – many – women would choose it, and call it a feminist act to choose it, as a couple of ‘feminist housewives’ did in New York Magazine last week. It is, as I said in a post at Babble last week, a noble choice. It is, as some of my old philosophers would say, choiceworthy.  It was almost choiceworthy to me. That I chose a different choice does not change that.

Not everyone agrees. Tracey Moore, on Jezebel, wrote a piece called ‘”The Feminist Housewife” Is Such Bullshit.’ She argued against the idea that cleaving to domesticity could be considered feminist. She insisted that what most frustrated her about the NY Mag piece were the repeated references to ‘traditional gender roles’, and I agree with her that essentialist language around the work of the family and childrearing can be problematic, especially when it characterizes women as only suited to that work. But does decrying outmoded gender stereotypes require that feminists disallow or disapprove of any gender-associations applied to the experiences or lifeworlds of women? (Sidebar: that title? Ugh. Even with the qualifiers in the article – “feminism and housewifery are not mutually exclusive” – one can’t help but see the third-wave feminist side-eye in it. Housewives choosing their choice? Yeah, right.)

Part of what makes the ‘gendering’ of the work of home and family problematic is that that gendering has long devalued the work of home and family because the gender attached to that work is female. Caregiving and the raising of children isn’t inherently boring or undemanding of skill or creativity (Jean-Jacques Rousseau, in fact, insisted that it is difficult and important work,  on a par with – or exceeding – being a lawmaker); it is only perceived as such to the extent that it is considered ‘women’s work.’ Scholars fight for careers that allow them to teach young people – as a university lecturer, I was in a pretty high-prestige position. Sure, teaching university students isn’t quite the same thing as caring for toddlers or teaching tweens (although I had days when I might have disputed that), but the distinctions become fuzzier as those toddlers and tweens get a little older. Is there really such a great distinction between the woman who taught me, in tenth grade, to appreciate Jane Austen, and the men that taught me how to closely read Plato? Was the time that I spent teaching Machiavelli’s writings on ancient Rome to freshmen eighteen year olds worth more than the time that my seventh grade teacher spent teaching the history of ancient Rome to me? Was any of it more valuable, more character-shaping, than my mother’s engaged care of me as a child? Here’s the thing: the ‘care of the young’ associated with university teachers (and, in an earlier time, private tutors like the kind Rousseau praised) isn’t directly associated with women, and so it doesn’t suffer from gendered associations (there’s more to it than this, I know, but bear with me.) Moreover, it’s not associated with the family, or the work of the family, which has been traditionally held (for millennia) to be the work of women, which is devalued, etc, etc, and so on and so on – a vicious cycle of gendered snobbery that undermines all of us individually, and collectively.

We devalue the work of the household, and of the family, inasmuch as it is associated with women. And I have my doubts that the best solution is to scrub that work of all associations with women.

Because until we can look at the traditional work of women with the same admiration and respect that we have long (forever) looked at the work of men, we’re not going to open up, meaningfully, the opportunity for men to respect that work and embrace that work for themselves. We need to be able to say: my mother / grandmother / aunt / feminist idol did this, and rocked the hell out of it. We all need to respect that work, and celebrate that work, so that our boys grow up considering it as a robust option for their future. So that we get the kind of equality in the household and the family that Sheryl Sandberg hopes for in Lean In. So that we can fulfill the expectation of great philosophers like Rousseau that this – taking the rearing of children seriously – will be the key to unlocking all the potential of our communities.

And that means supporting any woman who decides to be a stay at home mom, regardless of her reasons. It means valuing that work as critical to the well-being of society, and recognizing that it’s challenging work, regardless of whether it is freely chosen. It means pumping our fists when one of our peers says, I’m an at-home parent, and a feminist. It means pumping our fists when a dad says it, and pumping our fists even harder when he says that women have been his caregiving role-models. It means supporting and celebrating this kind of work as work, and as more than ‘just’ work.  It means declaring to the world that this shit is important, and that it has always been important, and that women have been doing this very very important work for millennia and doing it well and that, goddam it, it matters that women have done this work for so very long. It means recognizing that the work of home and family is something that both women and men can lean into – if the leaning in is done intentionally and reflectively – and that promoting the idea that we can (and that some of us should) lean in to that work is critical to our collective future.

It means validating that choice for everyone, no matter how they characterize it. Can we just do that?

(Further to this conversation. You can tell that my head is pretty stuck in this space.) 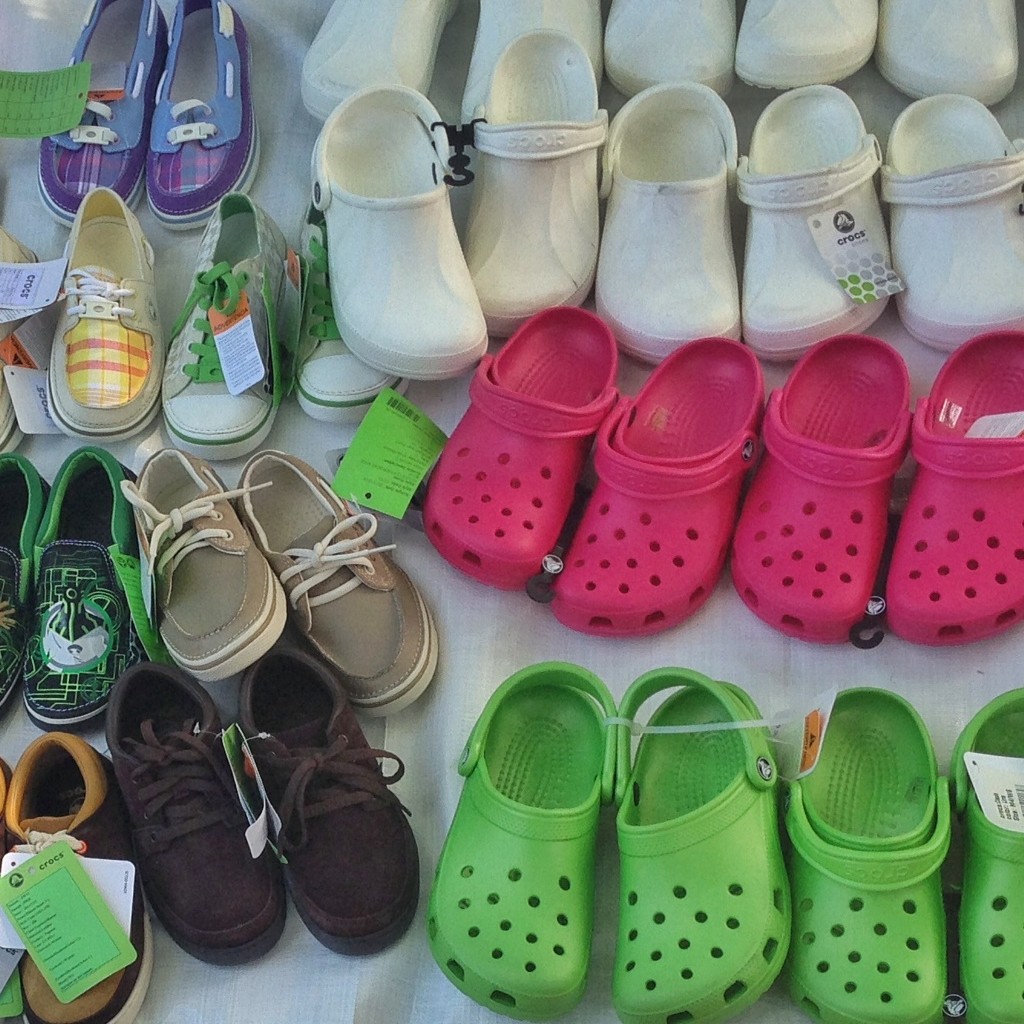 Previous post
Cinderella Wore Crocs
Next post
This One Goes Out To The Mom I Love (Yes, Mom. That’s You.)