When I was a little girl, I wanted to be a princess. I wasn’t particularly fussy about what kind of princess I might be; indeed, my definition of ‘princess’ was pretty loose, to the extent that if you asked me which princesses were my favorite, I would have listed a series of names that included Cinderella, Wonder Woman, Princess Leia, Rapunzel, Alice from Alice in Wonderland, Wendy from Peter Pan, and that one girl who fooled Rumpelstiltskin. Actual status as royalty, in other words, was not, in my mind, the defining characteristic of a princess. I still don’t think that it’s the defining characteristic of a princess, whether you’re talking about Disney characters or the late mother of William of Wales. Which is one of the reasons why I don’t have a problem with princesses, like, at all.

I know. You’d expect me to be, at best, deeply conflicted about princesses. I expected me to be deeply conflicted about princesses, before I had kids. I mean, I loved princesses when I was a girl (see list above), but years of women studies seminars and too many late nights reading Judith Butler and Julia Kristeva had me convinced that when or if I had a girlchild (or an eccentric boy), I would set aside princess stories and princess toys and princess culture and be more, I don’t know, feminist warrior about the whole girl-culture thing. 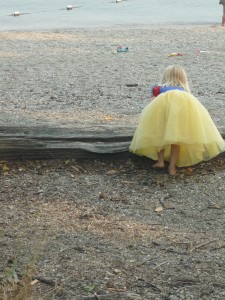 But then Emilia came along (and, for that matter, Jasper, who knows his way around some tulle and sparkles), and the dusty copies of Grimm’s Fairy Tales and the DVDs of Cinderella came out, and I changed my mind. For a lot of reasons – I could dig deeply here into the literature on folklore and fairy stories, which I used to dally in academically, but will (for now) resist – all of which mostly reduce to this one, central reason: princesses, to the girl or boy who engages them, are more than just princesses. Pretty much always. Show me a kid who’s all gussied up in Sleeping Beauty (or Cinderella, or Ariel, or Tiana) kit, and I’ll show you a kid who’s probably got a pretty rich and complicated storyline running through her head.

When Emilia plays ‘princess,’ she cross-references ‘princess’ with pretty much every other interesting female character that she’s ever encountered or could imagine encountering. Belle, in Emilia’s imaginative hands, becomes fused with Tinkerbell, Jessie from Toy Story and the mom from the Incredibles, and also takes on the characteristics of some skateboard-racing, pirate-ship-captaining, superhero-cape wearing characters of her own devising. It is pop-cultural pastiche in its purest and funnest form; it is imaginative play as only children can do it. Children, after all, tend not to be hardcore literalists. They have no respect for the authoritative vision of an all-powerful author. They are postmodern and poststructuralist in spirit, and they are anarchic in their play. Cinderella and Tinkerbell and Rapunzel and Ariel and Alice and Pippi and Hannah Montana (don’t ask) – aren’t fixed characters to a child. They’re suggestions.

Which is not to say that there aren’t powerful forces of cultural suggestion at play. Princesses – female characters and toys of any provenance, royal or otherwise – are packaged and marketed, and their packaging and marketing is attached to strong pre-existing narratives, and it’s no small thing that those narratives are themselves attached to cultural artifacts of some considerable significance. And I’m sure that there are plenty of little girls out there who swallow their princesses whole, and color within the lines of the relevant marketed narratives when they play. Just as, I’m sure, there are plenty of little boys who stick to straight Spiderman and Batman and Buzz Lightyear and Pirates of the Caribbean narratives when they play with the toys that are packaged with those narratives. And that’s all fine, of course, regardless of what the critics say, because it’s still play. But I certainly didn’t play like that, as a child, for whatever that’s worth. And my children don’t.

This might be unique, but I doubt it: anyone who’s seen the Toy Story movies recognizes how well those movies captured the anarchic character of children’s play – space rangers in the wild west, evil pig tyrants, daredevil Barbies, tea parties with dinosaurs and unicorns – which, really, is how we all played, isn’t it? It’s how most children play.

Like most parents, I’m uncomfortable with a Toddlers & Tiaras vision of childhood that takes crown-winning seriously (and literally), but that stuff is, to me, entirely contrary to the spirit of imaginative play that attends princess dress-up and the like. Playing princess is wonderful; directing oneself at literal princesshood as a life goal is less so (unless by ‘princesshood’ one means usurping a throne and ruling a kingdom, which is a pretty assertive life goal.) But this is true for a great many things, not just princesses. If Jasper (or Emilia, for that matter) decided to to pursue a future as a unitard-clad, spiderweb-slinging crimefighter, or a pirate, or some other vigilante – if he or she took those playful things too seriously – I would be equally concerned. Not because they’re too gendered  – this is another topic that I’ve addressed in another post, and in any case, children’s play more often than not follows gender lines regardless of whether or not you shield them from princesses and pirates and superheroes – but because they are properly the domain of fantasy, and should remain there. (Emilia’s favorite recurring character/persona, Dr. Mrs. Cinderella, Space Ranger Scientist is, granted, a little complicated under these terms.)

So when Emilia asks me to play Anna to her Elsa (yes, she always gets to be Elsa), I never say no. Because if she grows up believing that there’s power in imagination, and magic in storymaking, and that a bright blue sparkly dress never stopped anyone from being awesome, then I’ll be more than happy. And if a little of her playful enthusiasm rubs off on me, then all the better.

(This is a revision of a post that appeared on Babble and that has been lost to migrations and such. I’ve repurposed it here, because I wanted to.) 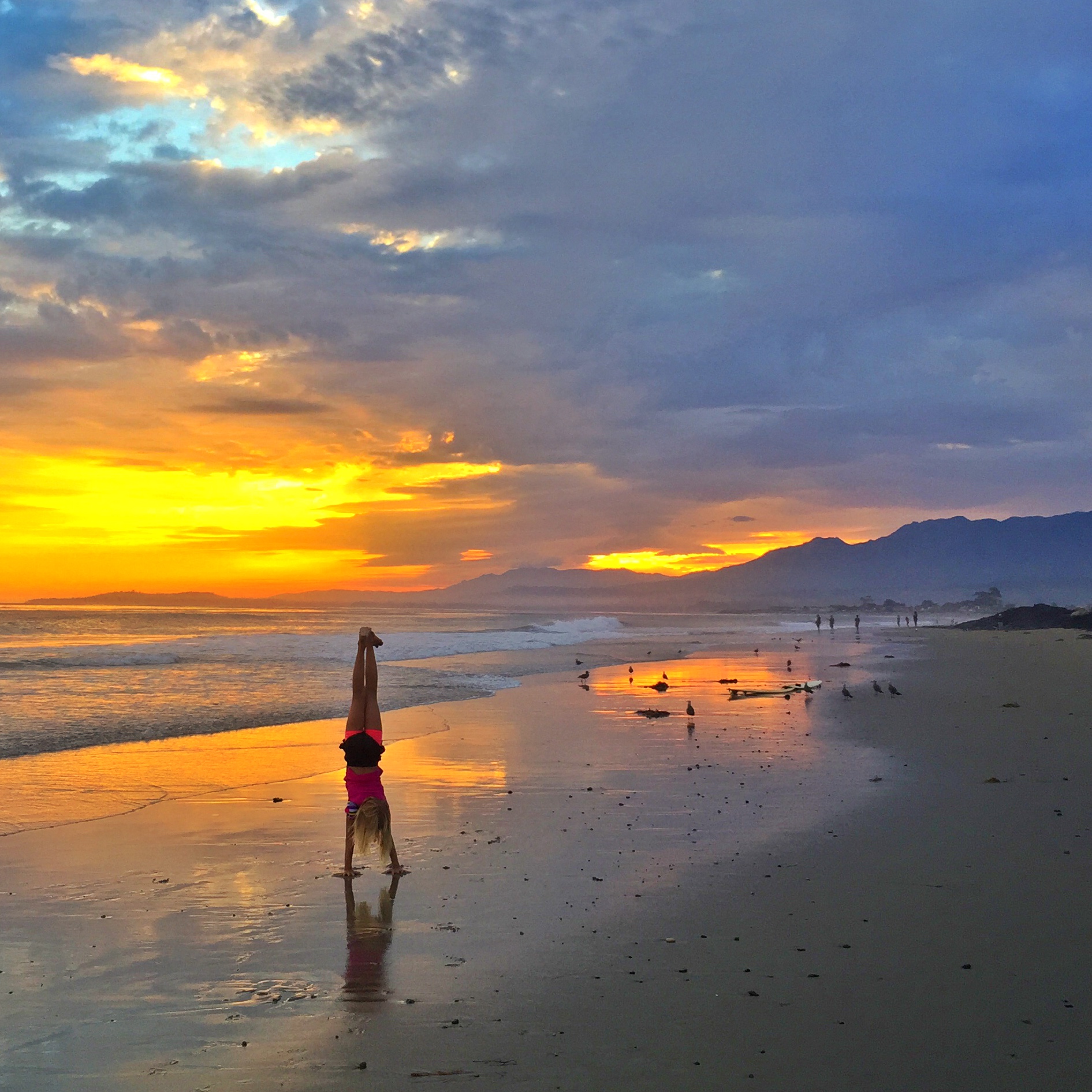