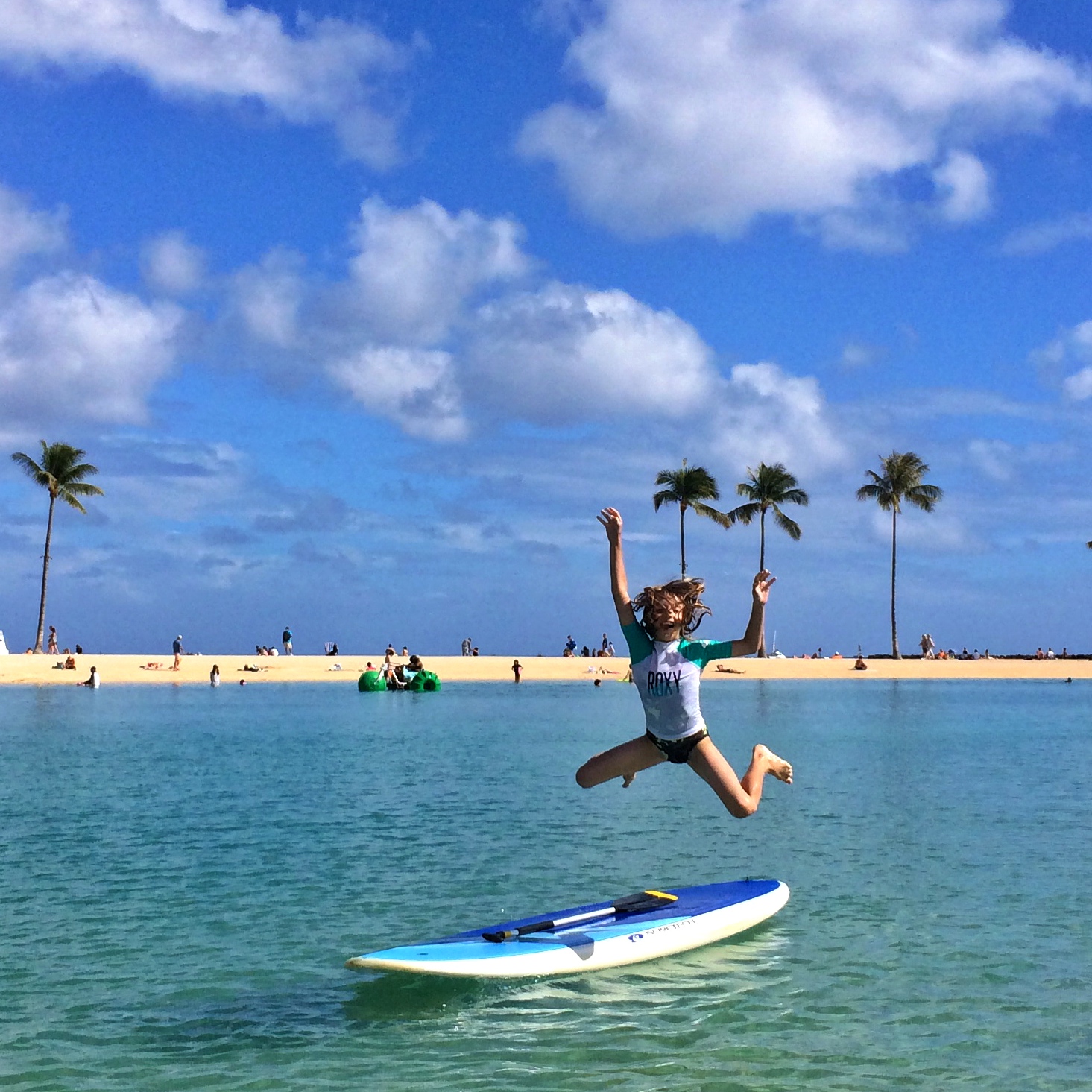 There, are of course, a thousand things to love about Oahu (“a thousand plus MORE, Mommy,” said Jasper. “A thousand times INFINITY”) but for me, the thing at the very top of that list was the way that Oahu unleashed my children’s play-spirits. (If you know my children, you know that their play-spirits are very active, so to say that Oahu unleashed them in any kind of unprecedented way is to say something very significant indeed.)

They played, and they played hard. They played in ways that I would not have been able to imagine, had I not seen it with my very own eyes. Paddleboards became trampolines. Surfboards became rockets. Ziplining gave them the power of flight, and snorkeling turned them into aquanauts.

You want to play in ways you’ve never played before? Go to Oahu and just run free.

The World, The Way It Should Be

The Exultation Of The Possible