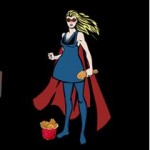 A Life With A View 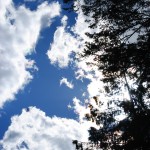 We have a nice life, my husband and I and our little family, in our pretty little house in our pretty little town in Ontario. We have a verandah, which is something that I always wanted when I was growing up: a verandah with a pretty wicker bench and soft cushions and a hydrangea vine climbing up to the porch overhang and providing dappled shade. And Emilia’s school is just down the road, as is Jasper’s daycare and the dance academy and the karate dojo and the cafe that brews perfect lattes. It’s a perfect, picturesque, exurban existence. And one that I think I might want to walk away from.

Princesses Never Give Up, Until They Totally Do

by Catherine
Tanner
This past weekend was a weekend filled with tremendous, heart-busting joy. It was also one of the most personally disappointing weekends of my entire life. My head is spinning a little from the existential...
Continue reading
96 Comments

by Catherine
Road Trips
Mr. Jasper, being assisted in the luge by his sister Miss Emilia, at the home of Mrs. Fussypants.* *This is how we road trip. On skateboards. Etc. **Actually, we're in a Traverse, courtesy of GM Canada....
Continue reading
0 Comments