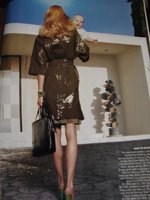 As Christina noted in her comments to that post, it is possible to argue that the most disturbing thing about Vogue’s ‘yummy mummy’ editorial spread is not the 90lb, 14 year old Eastern European model masquerading as a Southern California MILF, but rather the numerous examples of negligent parenting displayed throughout the spread. The ‘yummy mummy’ (for that is indeed how the photos are captioned) is shown, variously, feeding what looks to be a 9 month-old baby French fries, carting exposed baby around in full sunlight with no hat or sunshade, and jimmying a very flash Philippe Starck for Maclaren stroller onto an escalator. This, in addition to teetering precariously in four inch heels while clutching baby in open arms.

To which I can only say this: if these are the reproductive/childcare practices of Social X-rays/Extreme Fashion Victims, well, then, I guess that’s just Nature’s way of culling that particular herd.

2. Continuation of the same subject 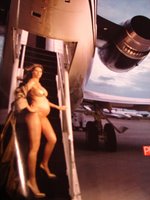 In this same issue of Vogue – which is either trying to attract or repel (it’s not clear which) the elusive and possibly mythical Sophisticated Young Urban Mother market – you can also find a story about Melania Trump’s pregnancy and preparations for baby. In which you will be treated to a picture of a scantily-clad Mrs. Trump coated in gold paint. In case you were wondering, yes, gold paint applied to one’s skin is probably on the What to Expect When You’re Expecting list of Things to Avoid During Pregnancy. See above re: Social X-ray/Extreme Fashion Victim reproductive practices and the greater logic of Nature.

You will also discover in this artice that, in addition to resting his or her Trump-heir bottom upon mink coverlets lined with cashmere, Baby Trump will be inhabiting his or her own apartment in Trump Tower. Which leads me to surmise that not only are Mr. and Mrs. Trump not following the advice of the What to Expect books, they are not following Dr. Sears and will not be practicing Attachment Parenting.

Although maybe if Gucci made baby slings and there were such things as carved giltwood Louis XV co-sleepers… Nah. I didn’t really think so either.

But on to happier stories! 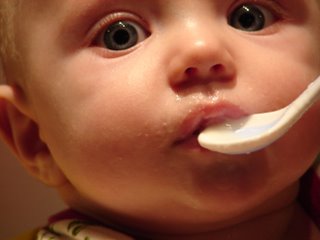 It was beautiful. Mommy cried.

WonderBaby and her court are currently excursing to the provinces to receive homage from her adoring subjects. Travel diary to be posted imminently… 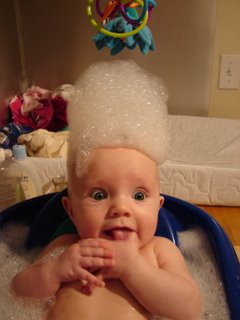