When I was nearing the end of my undergraduate degree, I met with one of my professors to discuss the decisions that I would be making about graduate school. The specific issue under discussion that day was a scholarship to Cambridge University. I told my professor, a woman, that I was not sure that I would seriously consider going overseas to Cambridge. I had just gotten married, and had my husband’s future to consider as well as my own. He had just made the frightening leap from a soul-destroying career in business to the slightly less soul-destroying world of film and television, and was just beginning to make things work for himself in the Canadian film industry. Leaving Canada – or rather, relocating ourselves to any place where cameras and klieg lights are not regular features of the landscape – would set him back considerably. He would likely become an unemployed academic widower, and I did not want that.

What I didn’t say to her that day, couldn’t say to her that day, was that I simply didn’t want a doctoral degree from Cambridge badly enough to risk compromising my husband’s livelihood and/or happiness. He had made it clear that he would happily go wherever I wanted to go. But if I wasn’t 110% committed to going (and I wasn’t; far from it) was it really fair to ask him to give up what he had been working so hard for so that I could dapple in academia and decide if it was what really made me happy?

But I didn’t say this to Ms. Professor. I didn’t want to reveal any ambivalence about what everyone was insisting would be an academically star-blazing future. I said: ‘Going to Cambridge would be very challenging for my husband.’

Oh, the scorn that was heaped upon me.

That professor – who I did and still do have enormous respect for as an academic – launched into a passionate speech about the tyranny of men over women and the institutionalization of this tyranny in marriage and the responsibility of young women like myself to demand more from the world and to not let ourselves be tyrannized by men and to rage, rage against any constraints that men might impose upon us. And then she said: ‘I thought more of you. I am very, very disappointed that you would let your husband hold you back.’

Ouch. I thinked that I actually recoiled in my seat. I know that I turned beet-red, shamed.

But that feminist ass-kicking didn’t sway me. I didn’t go to Cambridge. I opted for a slightly-less-famous-but-respected-in-my-field graduate program, in a department that was home to a number of renowned political philosophers that I yearned to study with, in a big city with a thriving film industry. 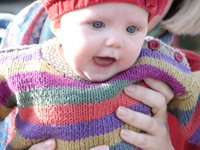 And my husband and I have been very, very happy here, both of us. I loved the program, and my teachers, and now they let me teach here. And Husband’s career has thrived here and he really enjoys himself. We’re happy as individuals, we’re happy as a couple, and, now, since the arrival of WonderBaby, we’re happy as a family. And that’s what matters. Right?

My old professor, when I see her at conferences, still shakes her head at me over the fact that I opted to not go the World Famous U route. As does anybody who is not in my field, including my mother, who, although she respects and undertands my decisions, still wishes that she could march around wearing a ‘My Kid Went to Harvard’ t-shirt (because the ‘My Kid Studied With Thomas Pangle’ t-shirt means nothing to anybody who doesn’t follow political philosophy or obsess over Straussian conspiracy theories.) And if I ever say that my husband’s interests were a factor in those decisions, I can usually expect praise or scorn about my flouting of feminist principles, depending upon whether the listener hates or loves feminism.

I hate both of these reactions. I hate them because they imply that my decisions were political. Maybe they were, in the broader scheme of things: I am, end of the day, just one more woman who may have sacrificed somebody’s definition of success in order to keep a man happy. But I was also keeping me happy, and, as it happens, my husband’s happiness is bound up in my own and mine in his. I don’t think that I compromise my sex, nor my feminist bona fides, by admitting that.

And I hate those reactions because they raise questions that I don’t like: am I disgrace to my sex for factoring my husband’s happiness so heavily into my decision-making? Am I a disgrace to feminism? I know that, for me at least, the answers to those questions are no, and no. But I hate that the questions are even there, lurking in the background. And I hate that it is even open to question whether considerations concerning my husband’s happiness are relevant to my own, never mind whether such considerations amount to a sort of oppression.

I don’t blame feminism for this; quite the contrary. I’m grateful that I live in a society in which I have choices, in which my happiness and fulfilment counts as much as my husband’s. That women are in a position to debate questions concerning the ways and means to their happiness is tremendously important; that I am discomfited by such questions does not mean that they should not be asked. 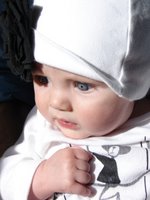 But it remains that I am uncomfortable. And it remains that I am sometimes afraid to admit to my choices, let alone to celebrate them. And – here’s the rub – in doing so, I think, I back myself into the very corner that I rail against. Yesterday I had a meeting with my academic mentor (a man) to discuss what I would teach next year, and he wondered aloud about finding me a job that would better the arc of my career trajectory. Tenure-track. Well-paid. I hemmed and hawed and hedged. I said, for the second time in my life, this time as I bounced WonderBaby on my lap: ‘The Husband’s career limits my options.’

No hellfire and brimstone this time. My mentor just nodded. But I could tell that he was thinking that such limitations might cost me a really successful career.

I don’t have a point to make here about the difference between a man’s and a woman’s reactions to a woman stating that her husband’s interests need to be considered in any career choice that she might make; I don’t think that there’s a point worth making. What I’m interested in is the truth, semi-truth or falsity of my statement and the implications of this for my discomfort around possible challenges to my choices. The statement was true, as it was the first time that I said it. But what is also true – but what remained unsaid – is the fact that I’m ambivalent about my professional future. I might – gasp – lack ambition.

I’m not 100% certain that I want to spend the rest of my life teaching, however much I might enjoy it. And now that WonderBaby is here, I’m not sure that I want to do much of anything at all beyond raising her (and writing. But just about WonderBaby? This is a whole other post.) But I can’t bring myself to fully admit that, let alone celebrate it. So I hide behind certain exigencies of the household and my desire to secure my husband’s happiness. All to avoid being identified as an Unambitious Woman, and so as some powerless throwback to a darker, pre-feminist time. The irony being – you’ve caught this already, haven’t you? – that in so hiding I have invited that identity anyway.

What I want to know is, why can’t I wholeheartedly claim my version of that identity – the fem-friendly, empowered mother who exercise her choice to devote her emotional, creative and intellectual energies to her family. Why am I still sheepish about it? Writing in this space is bringing me closer to understanding, and embracing. But I have miles to go, I think.

Tomorrow, or whenever WonderBaby decides to nap: Bland Ambition, Part II. Happiness as a worthy ambition, whether mothers can be philosophers, taking my husband’s name, and – having just seen Kristen’s post on sacrificial motherhood – whether I am a sacrificial mother. In 350 words or less! 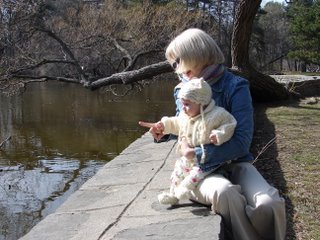 …love’s function is to fabricate unknownness…

Or: Look! Over there! Bulbous-headed Lilliputians!