I haven’t been able to blog in days.

I just feel stuck, and uninspired, and blah, and maybe just a little bit low. I haven’t been able to shake the rougher edges of this cold or flu or whatever viral thing it is that I’ve been labouring under for going on three weeks now. And I’ve been having too many moments of quiet bluesy lowness, not quite sad, not quite not-sad. Just, low. The low of rainy days and slow melodies on trombone and falling leaves and gray sky and the earthy, musty smell of summer in decay. The low of fall, when the dark and the chill come too fast, when even the brightness of the crispest and brightest of days has a sort of stark, mournful edge. I’ve been feeling low, in that way. Morose.

And stuck. Every time that I sit down at the keyboard, head crowded with ideas, my fingers freeze. The words won’t come. I type a sentence, and then almost immediately backspace and delete. It doesn’t sound right, doesn’t flow, doesn’t cohere. The ideas are there, the thoughts are there, but they just won’t work themselves out into words.

So I stop. I close the screen and flip the laptop closed and walk away. This was the deal that I made with myself some time ago – I would never force myself to write. I would only write for the joy of it, or for the release, or for solace. I would only write when it suited me.

I don’t why, exactly, it hasn’t been suiting me these past few days. I have 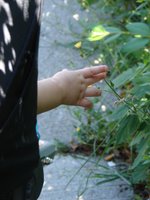 ideas – about feeling low, about the blues, about the existential glum that autumn can impose after the brisk optimism of September has passed. About coming up on a year of motherhood, about my child leaving the first blush of her babyhood behind. About the torrent of ideas that constantly swirls in my brain, soaking it to a heaviness that sometimes feels beyond my capacity to bear. About feeling, sometimes, that my reach exceeds my grasp.

About feeling, maybe, just a little bit tired. It’s been a busy year. Lots of heavy lifting. A lot of joy and wonder and excitement, too, of course, but joy can also exact a toll. Life can sometimes just take it out of you, and no amount of exercise and vitamins can put it back.

So I had to take a short break from blogging, a few days of laying low. And I might be slow in getting back up to speed in the coming days – I’ll likely be doing more reading than commenting, and it might be a few days between posts – but I’ll just be doing what I can to coax the muse out of hiding and to orient myself to a new season of motherhood and writerhood and life.

And if the words won’t come, there will still be pictures… 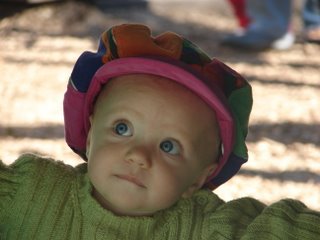 ‘Cause if nothing else, fall is a season for hats. 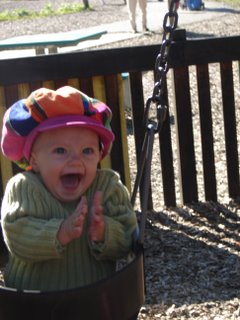 And hats are a special kind of joy.