What The Heart Doesn’t Know

(Um, if these things bore you? Just scroll down through the pictures.)

Some months back, I had a pregnancy scare. Except that it wasn’t really a scare, because I was convinced that I was pregnant and discovered, in my conviction, a real desire to be pregnant. When the pregnancy turned out not to be, I was disappointed. Deeply disappointed. Sad. But I consoled myself with the fact that I had learned something through the experience: I had learned that I wanted to be pregnant. That I was ready for a second child. I rejoiced in this discovery. I was ready.

But that was then. This is now. And now, I’m ambivalent. Is it weird that I might have changed my mind? 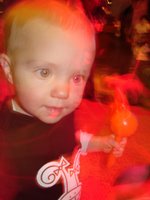 I think about having a second child all the time. I feel the clock ticking, I see WonderBaby getting bigger, I feel the proximity of our future as a family and I think, what about Baby Number Two? Is it time to start to sorting out the details of B#2’s invitation into these world? Do I want to start sorting out those details?

My response to these hypothetical questions is, always, this: a big, fat, resounding I don’t know.

I can barely keep up with one WonderBaby. Or, rather – it’s a good day if I can keep up with WonderBaby at all. Most days, I’m laying trampled by the roadside, inhaling WonderBaby’s dust, before the day has even really started. As I’ve faithfully recounted in these virtual pages, I often feel like a bad mother, an inadequate mother, a mother who cannot 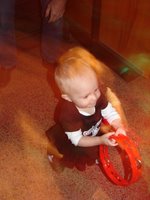 keep up, simply because keeping charge of such a powerful, willful little being has proven and continues to prove to be such an overwhelming challenge for me. Much more challenging than I ever imagined it would be.

And here’s a further confession, one that causes me some shame: I feel this way, even though I have ample support in caring for WonderBaby. The Husband, as I have said before, is a powerfully supportive partner. And – and this is a huge and – I have the aid of an extraordinary child-caregiver. Ever since I went back to teaching part-time, we have employed a part-time nanny, who I have come to depend upon like oxygen. She cares for WonderBaby when I am at school, and when I am writing and preparing lectures and marking. She takes WonderBaby to playgroups and library programs and drop-in centres and the park and indulges all of WonderBaby’s energetic impulses. Three days a week, she does the hard work: the chasing, the wrestling, and the wrangling of the baby who never sleeps and never stops moving. She takes charge, and I am free to catch my breath and charge my batteries and take care of all of the other exigencies of our day-to-day lives. Why, then, with all of this support, do I continue to feel challenged? And what does this have to do with the decision to have another child? 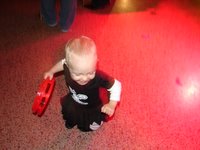 My loyalties as a parent, as these pertain to time and attention, are already divided. How could I choose to divide them further? And they would become further divided. Every moment devoted to the care and nurture of a second child – in utero or out – would be a moment not devoted to WonderBaby. If I already feel guilty about the time and energy that are drained away from WonderBaby by other things, how much further will that guilt deepen if the well of time and energy becomes even shallower?

(I know, I KNOW. Enough already with the guilt.)

If I’m not happy with how I’m managing one child, what business do I have having a second? 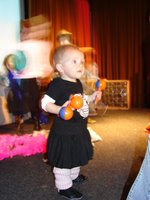 The Husband says that I am being much too hard on myself. He tells me that I am a wonderful mother, a mother who gives her child more than any child could ever hope for. He tells me that there is plenty of love to go around, that WonderBaby would in no way be deprived by the addition of another being to love in our family. He’s right, of course. Love is not a zero-sum game.

And yet, and yet… having another child will give WonderBaby something that I certainly can never provide to her on my own: someone else to love, and be loved by. Someone, other than me, for her to play with, conspire with, imagine with, fight with. Someone to grow up with. Someone with whom to muddle through the wonder and weirdness of family. 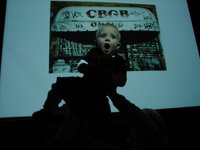 In any case, I am (we are) still undecided. What it will have to come down to is whether we want another child – not whether it would be good for WonderBaby or good for my psyche or whatever. It will come down to what we – what I – want. 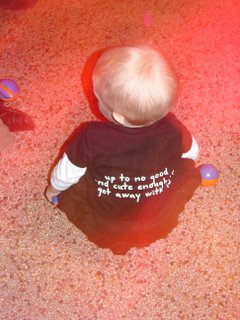 And I still don’t know what that is.

(SINCERE QUESTION THAT ALSO SERVES AS SHAMELESS COMMENT SOLICITATION: Did you know? Did you plan Number Two – or Three or Four, for that matter? Did you fret over your ability to manage, to cope, to love? I know that parents with more than one child thrive and love and wouldn’t have things any different – but did you always know that it would be thus?)