The Gods Must Be Dadaists

Well, your responses to my rant about the mess and ick of family life made it clear – not that it wasn’t already – that we’ve all got shit stories. And pee stories and snot stories and vomit stories and bum-wiping stories and all measure of grossness to recount. Our attachment to these stories is, I’m sure, what makes parents borderline-intolerable to people who do not have children and whose idea of pleasant social chit-chat doesn’t include casual tales of household mayhem involving fecal matter. But we can’t help ourselves, can we? Shit doesn’t just happen, when you’re a parent – it HAPPENS. Shit announces its arrival with a fanfare of farts and then runs and explodes and splatters itself onto the scene. It’s kind of hard to ignore. And so, yes, it figures prominently in our stories.

Shit – and its supporting players, Snot and Mess – were, as story-fodder, good to me this week. It was a low week; it has been a low/dark/gray couple of weeks. I’ve been struggling with some strain of existential influenza and it has darkened my mood and dampened my writing, kept me trapped in an undertow of gloomy thoughts and morose reflections. Until the other day, when the shit and snot and mess hit the proverbial fan and I realized, suddenly, that this parenting gig really is one great big fucked-up messy monkey festival – insanely stressful and demanding and, wouldn’t you know it? really, really funny. Oh, epiphany! Oh, insight! Huzzah for Her Bad Mother, finally getting – really getting – what ancient dramatists and third-rate screenwriters and countless bloggers more enlightened than I have understood all along: this shit’s funny. Don’t take it too seriously.

I won’t say that the sun suddenly burst through the clouds and thawed my chilled spirit. It didn’t. I’m still feeling, inexplicably, tired and gloomy. But a laugh was wrung out of me, and – AND – I found something to write about that was not heavy with angst and anxiety and relentlessly moody introspection. Shit! Mess! Lopburi monkeys! Comedy is, after all, literally (reading it from its original Greek – komos – as we must, for we are nothing if not pedantic, even when speaking of shit) a revel, a chaotic frolic. There is comedy in the shitty, messy frolic that is the care and feeding of young children. Write about the shit! 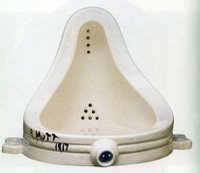 So I did. And we all felt better for it, didn’t we? (Cue collective sigh of contentment.)

My only regret was that the shitty, messy, Lopburi monkey morning that inspired my entirely unremarkable insights was not, end of the day, all that remarkably shitty. It was messy and chaotic and frustrating, but there was nothing extraordinary about that particular mess, that particular chaos. It was mundane chaos. Ordinary shit. Oh well, thought I – it’s still funny. It’s still revelatory. Hit publish.

End of story, right? Ha. Would that it were. That story had one more chapter, and I now have evidence for what I have always suspected: that the gods are watching me and reading my thoughts and looking for any available opportunity to mock me. How else to explain the fact that this morning, mere days after my revelation about shit and my reflections concerning the mild corresponding disappointment that I didn’t have a better shit story to support that revelation, I would find myself on the receiving end of a projectile shit, round and firm and disgusting and approximately the size of a softball, launched from the diaper of a bucking WonderBaby and onto my forehead?

Let’s see that again, in slo-mo: a poo – a great big spherical shit – launched from the unfortunately springy diaper ‘neath my excessively bouncy child’s rear end into the air and squarely onto my waiting forehead, where it rested for an interminable second before plopping, with a disturbingly gooshy thud, onto the floor.

I sincerely hope that you, dear readers, are laughing, because I – still recoiling from the shock of having had shit on my face and preoccupied with the task of disinfecting my head – have not yet been able to muster a laugh. 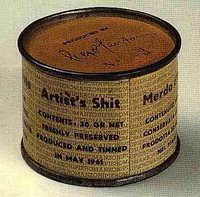 Somebody better find this shit funny. If you do, could you please remind me again that it is funny and that I will, someday, laugh at this myself? Because that shitball seems to have knocked that newly discovered appreciation for potty humour right out of me.

How It Happened: WonderBaby has to be changed on the floor, because her mobility and strength and resistance forbid balancing her on a table, even with multiple strapping devices. So, I was on the floor, squatting above her, my head MUCH too close to her bucking form, the bouncing of which caused the change pad, and my hand, and the diaper and shitball to fly upward INTO MY FACE. Which from now on will be held as far back from the fly-zone as possible, and will be protected by plastic goggles and a helmet.