(Edited below – more news on how to be a better human being. Check it.)

So I was idly flipping through the newspaper the other day, when this caught my eye:

“Anyone who decries environmental degradation, and who really cares about the state of our planet, should give some serious thought to not having children,” wrote David Reeve. “Each additional person consumes a huge amount of resources over their lifetime, especially if they live an energy-intensive lifestyle such as we enjoy here in Canada… We can voluntarily cut down our population now, or do so under duress in the future.”

David Reeve isn’t suggesting anything new. Organizations that promote “child-free” living as environmentally conscious have been pushing their message for a long time now. The planet is already over-populated, they say, and becoming more so every day. Anybody who has children just compounds that problem. We’re full up here, people. No one else should be boarding the Good Ship Earth.

Every extra body, the argument goes, is putting us at greater risk of capsizing. Specifically, every extra child puts us at greater risk of capsizing. But wouldn’t it be correct to say, so does every body who insists upon living the full lifespan accorded by our Western standard of living? All those unproductive seniors, flying to Florida and tooling around on their golf carts, don’t they

put an unnecessary strain on the planet? Why are we keeping them around? If our boat is so crowded, why are we letting so many useless and burdensome people stay on? And, aren’t we supposed to be protecting women and children first, not encouraging sterilization of the former and discouraging birth of the latter? And aren’t children, like, small?

Didn’t we all get the message from Logan’s Run? The only way to get things under control sustainably in a world threatened by over-population and depletion of limited resources is to kill off all the old people. We need children for renewal, for their youth and vigour and potential contribution to society. What do we need retirees for?

And why stop at retirees? In Logan’s Run, they killed off anyone over thirty (twenty-one in the novel upon which the movie was based). Thirty’s a bit extreme, I think, but why not fifty? People over fifty are starting to slow down, starting to become burdens to society (especially, I might add, the childless oldsters, who have no families to shoulder part of the burden of their care.) Wouldn’t it be more beneficial to the planet if human beings voluntarily jumped ship once they’d passed the peak of their usefulness?

What? Does this sound like the ravings of a oldster-hater? No – I’m just being practical. I’m being environmentally conscious. I don’t hate old people, I just hate that people make the choice to get old and become a burden to society and the environment when they could be sacrificing themselves for the good of the planet instead.

It pains me to do this, but for the benefit of anybody out there without a clue, please read this before you hate-flame me. I do expect that you do all have a clue, but there were a disconcerting number of readers of my post on discipline and purloined ducks who really believed that I subject my toddler to the Ludovico Technique, and so I remain unconvinced of my own ability to make a satirical point. Personally, I like old people, except maybe not so much the ones – or anyone – who hate children and/or who think that sustaining legions of domestic housepets is somehow better for the world than raising good human beings. 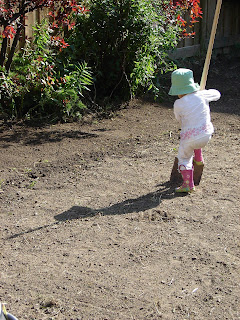 This is the future. Live with it.
********
And, because I know that you are always yearning – striving – to be better than you are (you know, because to do otherwise would be bad for the planet and all), I thought that you might like to know about THIS safe and healthy alternative to culling the oldsters.
Also, you might like to hear me ramble pedantically about ethics and parenting and duckicide on the Motherhood Uncensored radio show, tonight at 10:30EST. Check it at MU, or just click below (you’ll be able to catch the recorded show by clicking the button below after tonight.)