The Heart is a Muscle. Use It. 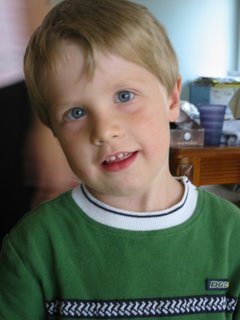 Tanner is WonderBaby’s cousin. He lives on the other side of the country, so he only sees WonderBaby very infrequently. But he’s her biggest fan.

He designed an airplane, so that he could fly to Toronto to visit her, and then bring her back to British Columbia so that they could play together there. 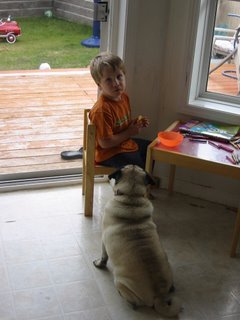 Unfortunately, he kept the drafts of his designs on the kitchen wall, where they were unceremoniously erased by Someone Who Didn’t Understand (another bad mother). Crayon-On-Wall, it turns out, is an unreliable medium for creating Important Documents.

But Tanner had a back-up plan. He would make a wish. He would wish himself to Toronto to visit his baby cousin.

And as it happens, Tanner does have a wish to use, however he wants.

Because Tanner probably isn’t going grow up, and little kids like Tanner get to have at least one wish that will come true, because there are only so many dreams that can be pursued and fulfilled in a lifetime that only stretches as far as childhood.

Tanner has Duchenne’s Muscular Dystrophy. It’s what is referred to as a ‘degenerative muscular disorder.’ What this means: Tanner’s muscles are gradually wasting away. Soon he’ll be in a wheelchair. Eventually, his muscles won’t work at all.

Lungs are muscle. So is the heart. One day, Tanner’s heart and lungs will stop working. And then he’ll die.

DMD is a genetic disorder that only (with very rare exceptions) affects boys. And it’s the littlest of boys – the diagnosis usually comes when a child is between 2 and 5 years of age. Boys with DMD are lucky to live into their teens; only in the rarest cases does such a boy reach adulthood. DMD always kills. There is no cure.

Let me repeat that: It always kills. There is no cure.

Tanner will die. His parents will lose their son; I will lose my nephew; Wonderbaby will lose her cousin; the world will lose a bright, bright light.

A wish is a very small thing to give such a child. But it’s also everything: it’s magic, it’s dreams, it’s the promise that if you want something badly enough, sometimes, just sometimes, you can reach that thing. It’s something to look forward to. It’s hope.

And our precious Tanner, the little boy who loves WonderBaby with all of his bravely pounding heart, wanted to use his one special life-affirming wish to meet her.

We told Tanner not to use his Big Wish to come meet WonderBaby. WonderBaby came to him. She doesn’t know about wishes yet, but she’s learning. 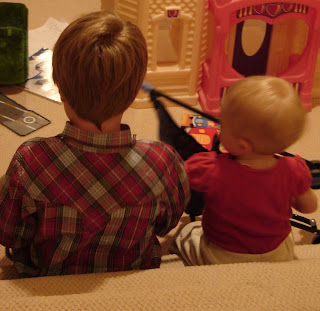 Postscript: I wrote this last year. In the year since, Tanner has grown and loved and smiled and laughed and brought much, much joy into our lives – and received much, much love from you – but he has also begun using a wheelchair, and taking more steroid medication to help his muscles hold out a little longer, and he has struggled, hard but often futilely, to be accepted in a world that often doesn’t understand or accept disability, or the prospect of death.

I’m re-posting it now, for a few reasons. For one, I’ve found (through PBN) a new, easy way to support the organizations that are trying to help kids like Tanner, the organizations that are holding out the only hope that we have for Tanner’s future. iBakeSale donates a specified portion of whatever you spend when you shop online through them (no cost to you; details here). To help Tanner, go to iBakeSale by following THIS LINK, and sign up and and add a muscuar dystrophy organization to your charity list (I’ve signed up with the Parent Project For Muscular Dystrophy Research. Just search for Parent Project if you want to help. You can, of course, add any charity of your choice, but my purpose right now is to get you to help me to give Tanner a future.)

For two, I want you to help me to convince my sister to start a blog for parents of children with muscular dystrophy. She’s isolated, as are many other parents in her position. And, she’s at a loss as to how to really pursue support for Tanner’s cause. I’ve been pitching blogging hard, but I’m only one voice (and, too her, a sometimes grating voice at that) I’d love for her to hear it from the blogging community: let her know that there are thousands of loving hands and warm hearts out here, and that we really do strive to make a difference, and that we can help her make her difference. Just leave a comment.

For three, if nothing else, I want you to please pass this information along to anyone who you think might help. And I want to give another reaosn to hug your children. Tanner is a little boy with weak muscles, and he needs our strong muscles to do his heavy lifting – but so do all children, in their way, need our strong muscles. And the heart is the strongest one we have.