Fear And Loving In The Mother ‘Hood 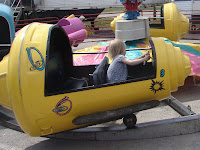 I don’t know about you, but I’ve never in my life felt more more fearful, more anxious, less brave, than I have as a mother. From the moment that the lines on that stick turned pink the first time around, I’ve been afraid. My pregnancy with Wonderbaby, Wonderbaby’s birth, Wonderbaby’s life thus far, the second set of lines on the second stick… I have lived and continue to live through these with the sharpest sense of fear, of awareness that there is so much to lose now, of myself, of all that I love, of all that I live for. I carry my heart around outside my body now – soon I will carry its beating, bloody weight times two – and because of that I am vulnerable in ways that I never thought possible. Because of that, I am afraid.

I do not mind this fear. 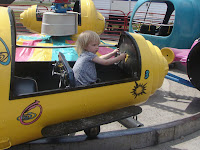 But Rebecca explains it. Rebecca, who most of you know as Girl’s Gone Child (and who I know as much-beloved, much-admired, oh-so-proud-to-call-her-friend FRIEND) (that was a disclaimer, by the way, to let anyone who reads this know that yes, I am entirely biased when it comes to Rebecca Woolf, but that that bias is based not only upon my deep affection for and shrieking fangirl devotion to her, but also upon my critical esteem for her as a writer) (where was I? oh, right…) Rebecca explains this paradox beautifully, perfectly in her book Rockabye, in the most beautiful narrative prose that traces her journey from unexpectedly pregnant wild child to wild child with child with heart-scraping honesty. Heart-scraping honesty that lays bare the kind of deep-seeded fear and anxiety that accompanies nearly every moment of pregnancy and motherhood while making perfectly clear the fierce hope and love that accompanies that fear. Heart-scraping honesty that allows for a vivid and visceral expression of the exhilaration of motherhood, of the feeling – both terrifying and thrilling – of being flung into the abyss with no bungee cord, only the hope of soft landing, or flight. 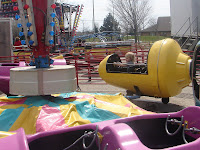 I can’t do it justice, of course. She writes the experience of exhilarated fear and fearsomely fierce love and hope (“There’s no such thing as messing up if you go with your heart”) through the story of her own unexpected pregnancy and unexpected motherhood and all the unexpected moments in between and beyond. It’s what’s called momoir, I suppose, but it’s so much more than that. It’s more like Fear and Loving In Los Angeles: A Savage Journey To The Heart Of The Maternal Dream, which is to say, it’s more like a great wave-speech ode to motherhood, a beat-epic-meets-gonzo-storytelling-meets-The-Confessions-subverted, all wrapped in love and hope. Which is probably the only medium though which such a story, the true fear-and-love-addled story, of motherhood can effectively be told.

And I admire her telling of it so much that there’s no space in my heart for the even slightest smidge of envy – which there should be – because if anything, her work here is just the best possible evidence that this kind of storytelling – our kind of storytelling – is amazing and heroic and that the world needs so much more of it.

XOXO Becs. Thank you for this. 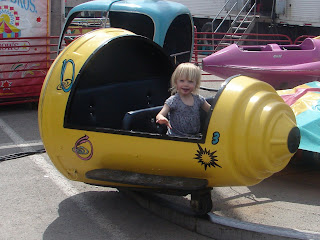 Fear is just a four-letter word for BRING IT ON.

(You can find more reviews here this week, and you can purchase her book – which, really, you must, and you know that I would never, ever say that in this space if it weren’t 110% TRUE – here. You can also read the first chapter here, at Smith Mag. Which, you totally should. Then buy it.)

(I’m really sorry that I keep closing comments. I’m just super emotionally and physically exhausted and kinda not up for dialogue. Which isn’t fair to you guys, I know, but it just is. I just want to close my computer and sleep more.) (You could always go visit Rebecca’s blog and talk about turning fear into awesome writing there. Or, again – shameless charity plug – check out the muscular dystrophy links that I included in my last post. Every little bit helps, yanno?

I’ll be back to my happy chatty self soon, I promise. xo)