The Sound Of A Mental Health Break

That sound, my friends, is crickets and tree frogs and songbirds and children playing on the other side of a vast expanse of country lawn. It is a sound that dampens the effect of even the shrillest of infant cries, no matter how interminably those cries seem to persist.

And persist they did, for an afternoon and evening, during which time, I think, said infant was growing his gigantic head another inch or two in circumference. This, however, had no tremendously ill effect on me: I had taken the boy and the girl and stolen away to the countryside to be taken care of by good friends (who knew that three days of high needs baby, spirited toddler, and absentee father would put a mother on the verge of a nervous breakdown over that verge) and so was surrounded by the aforementioned happy sound of countryside and by a host of extra arms in which to put the squalling baby and from which to take freely offered glasses of wine. So although there was not a lot of sleep to be had – if one child slept, the other was determined to remain loudly, needily awake, for the entire duration of our stay – there was respite, and that respite was sweet.

It will hold me for some time, I think. 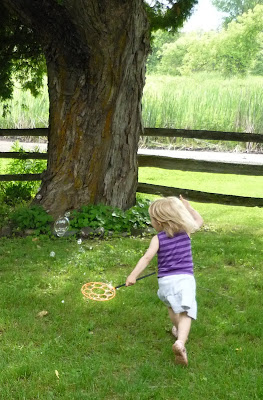 (Am keeping comments closed because I’m extending my break for another day, and would like – to that end – to not be tempted to open my inbox. Also, I would like to not tempt the gods by indulging in any kind of discussion about oh, hey, look how much better I feel! So, shhh. Let’s keep this quiet, for now.)