Tried To Make Her Go To Rehab; She Said No, No, No

My child is a junkie.

It started innocently enough. A little hit now and then, at parties. It couldn’t hurt, I reasoned, and besides, all the other kids were doing it. The buzz they enjoyed seemed harmless, and besides, I’m partial to that buzz myself, and it would be hypocritical to deny my children something that I don’t deny myself. So I let her have some, just a little bit, now and then. I thought that I was being careful: never too much, and only on special occasions. But then summer came along and the temptation was everywhere: in the parks, on the beach, near the shops. And after summer, fall, and with fall, Hallowe’en, and after Hallowe’en, it became obvious.

We have a problem.

Emilia is an addict. She is addicted to candy and treats and desserts and any and all things that make good use of sugar, with the notable exception of any dessert-like creation that contains fruit or – god forbid – raisins. She (rightly) regards all fruit-based desserts and raisin-contaminated baked goods as corrupt treats – like bad acid or cheap ganja – that should be avoided at all costs. We’re not sure when it started – I had always been vigilant about treats in the house, restricting her to 100% natural fruit bars and oatmeal biscuits and yogurt with honey, except for the occasional cupcake or ice cream on birthdays or holidays or outings – but we think that the addiction took root in her summer ice cream habit and blossomed into full junk-dependency with the candy windfall that came this past Hallowe’en (helped along, no doubt, by the Jellybean Potty Incentive Program that we were running this fall.)

Hallowe’en is a sugar junkie’s dream, and I’m sure that it’s responsible for creating more jacked-up sugar bingers than Christmas and Easter and birthdays combined. I could see it in her face, as she sped deliriously from house to house, clutching her bag to her wee chest, eyes flashing like highbeams, mad with longing and anticipation. Look, Mommy! she’d squeal gleefully. I have TOO MUCH CANDY! TOO MUCH! We tried to intervene, appropriating her smack bag and only allowing her to select a few choice pieces, but it was too late. She happily traded most of the contents of the bag for a new toy, but we discovered the next day, and over subsequent days, that she had performed some sleight of hand and purloined a sizable quantity of candy from the bag before it was removed, a stash that she then divided and tucked into Ziploc bags and squirreled away in hiding places (the oven of her toy kitchen, her sock drawer, a toy suitcase, her backpack) around the house. We would stumble across remnants of her stash while tidying, or discover her under the blankets at bedtime, furiously working the wrapper of a lollipop. Every Ziploc’ed baggy was appropriated, only to be replaced by another. How she had managed to loot and smuggle so much junk was a mystery to us, but there it was: she had an addiction that she needed to feed and feed it she did. 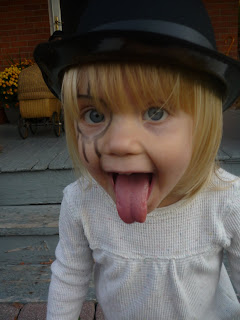 So we decided to compromise, and plotted a harm-reduction scheme: we stocked the cupboards with a better-quality candy substitute, with the idea that we’d ply her with that, the better to wean her from the hard stuff. We’d provide sugar-methadone to ease her candy detox; we’d supply some jungle juice to get her off the smack. We bought her Froot Loops and Corn Pops.

And now she’s a sugar-cereal freak. 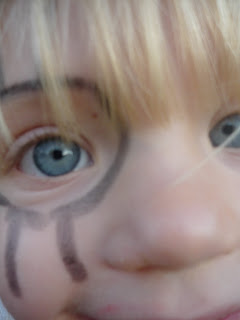 What do we do? We want to break her sugar habit, and rid our home of all candy and sugar-cereals (which I SWORE up and down I would never, ever allow into my house), but seriously: THE SCREAMING. Also, we don’t want to be total buzzkills: what’s Christmas without gingerbread and candy canes? I was a sugar freak as a kid myself, and I know that my obsession with sugar was made worse by my parents’ attempts to keep me from it (some of my earliest memories are of climbing onto kitchen counters to raid the cupboards for brown sugar – straight up – and baker’s chocolate.) Can a sugar obsession be tempered? Do we make it worse by cutting her off, or is cutting her off the only option? WHAT DO WE DO?