There really aren’t words to describe the awesome that was – that is – Blissdom Canada. Unless that word is, actually, AWESOME, in which case we’re off to a decent start.

We spoke a lot about words over the three days that we spent together, even in sessions that you might not have thought would draw heavily upon the verbal and the literal and the rhetorical. During the closing keynote panel, we discussed personal branding, and our opening keynote speaker’s assertion that we are, all of us, marketing ourselves all the time, and what words have to do with this. Every every time that you put yourself out in the world and participate in social life – he said – every time that you open your mouth (use your words!) or put your fingers on a keyboard (use your words!), you’re marketing yourself. You’re saying: oh, hey! This is who I am! I am THIS guy! I am THAT girl! Which is kind of a crazy way to think about social like and interpersonal relationships, but you know what? It’s kind of totally true. And so by the end of our two days, we wondered what that had to do with the totally over-used and amply abused idea of The Brand, especially in the context of One’s Personal Brand, as in, oh, hey! WHAT’S YOUR BRAND? as the latter-day equivalent of ‘what’s your sign,’ except much less obscure, and, perhaps, slightly creepier if misused. 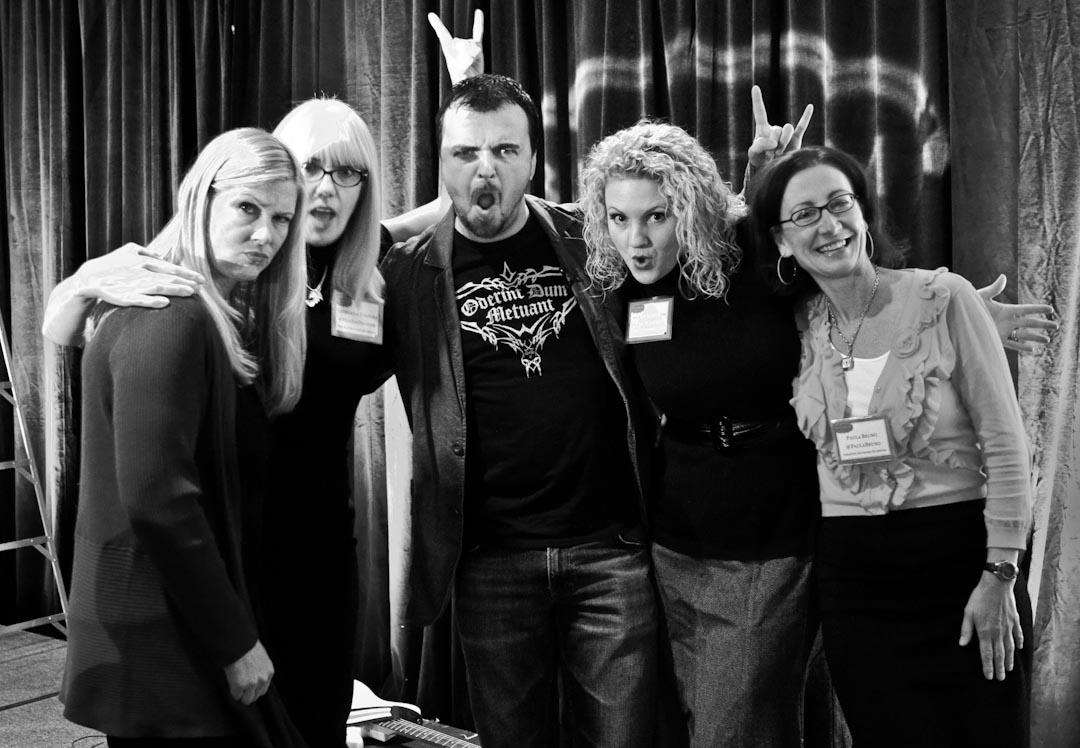 The word you’re looking for here is ROCKSTAR.

At some point, I asked my co-panelists if they could summarize their ‘brand’ – which is to say, describe themselves as they see themselves putting those selves out into the world – in five words. “Do it in one!” someone shouted from the audience, and my co-panelists (the divine women that you can see in this video) nodded furiously and said yes, yes and I shook my head and insisted, into the microphone, that I couldn’t do it in one, and everyone shouted back, no, no: ONE WORD, and so I conceded and asked my co-panelists: “what’s your one word?”

“And what about all of you?” I asked, speaking directly to the audience. “Who wants to stand up and say their One Word?”

I can’t remember who it was – they were hecklers, all them – but someone yelled out: “NICE TRY! What’s YOUR word?”

I hesitated. I didn’t want to do it. I couldn’t think of a word. ONE word? How could I narrow it down to one word? “BAD” seemed the obvious choice, but was that too cheeky? Too self-deprecating? “Um…” I said.

“Bad,” said someone else, and a few others hollered their agreement. Fine.

“Bad,” I said, and then, just to make sure everyone knew that I knew that it was a sort of cheeky word, and that I can’t quite take it seriously unless I append a thousand-word expository essay to its use, I lowered my voice and repeated it in a hammy, radio-announcer voice: “baaaaad.”

And then we moved on. Others stood up and claimed their words, and later people began tweeting their words, and using the hashtag #oneword to mark their participation in this quote-unquote branding exercise that wasn’t so much ‘branding exercise’ as it was ‘exercise to challenge our core understandings of ourselves’ and ‘exercise that demands we articulate clearly who we are and why we’re here, dammit.’

I remained unhappy with how I’d defined myself. Sure, I’m “bad”, in the sense that I’ve appropriated the word ‘bad’ as it pertains to motherhood and womanhood and, what the hell, personhood, and turned it to my own use, the use of rejecting externally and artificially imposed ideals. But ‘bad’ is a cause more that it is a definition, and, sure, ‘bad’ is an integral part of my so-called brand, but does it describe all that I am? No.

I maintain that no one word can capture us perfectly, describe neatly the us of us, in all our complexity (the complexity that I insisted, in that session, could and should be part of our so-called brands. “We are vast,” I said, quoting loftily from Whitman. “We contain multitudes.”) But there’s something elegant about the challenge to distill our personae, however we understood those, down to an essence, down to the essence, the essence that, somehow, communicates us.

And so I thought about it. Is my One Word ‘good’? Is it ‘bad’? Is it ‘silly/flighty/kooky/smart/vain?

I am still thinking about it.

And thinking about it.

And thinking about it some more. 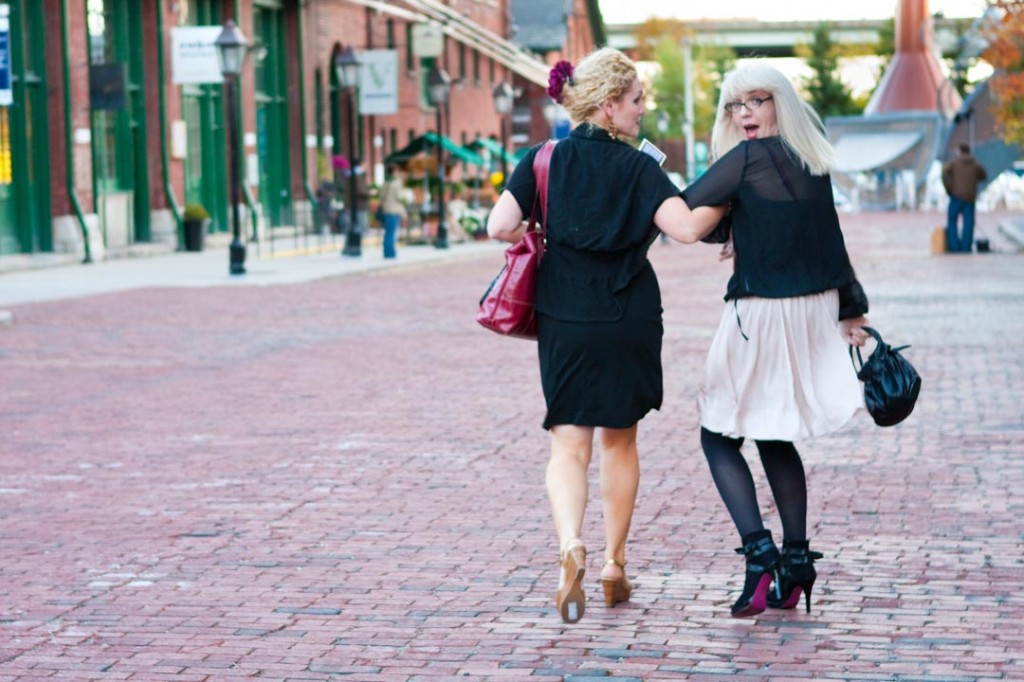 I’ve thought about some other words that I’m too shy to say, for fear they might be seen as too meek or too vain, and that is why I added ‘-ish’ to ‘fearless,’ above. I’ve thought about words like ‘confused,’ but then I want to append a parenthetical suffix, like ‘- happily so’ or ‘sort of.’

I’ve thought that I should be better at this.

I’m going to sit with this for another day or so. I’m going to hold the words in my heart and turn them over there and see which one settles. But in the meantime: what’s your One Word?

What Happens When You Put On Shiny Spandex