Why I Should Really Never Be Allowed Out Of The House, Ever

Here’s a little public service announcement: if you are a mom with a new baby, and you see me in public, you should steer clear of me, because I will terrorize you.

Me (seeing a baby at a cocktail party for a recent business conference): “Oh, my god, your baby is so adorable. SO ADORABLE. Can I sniff her head?”

Mildly Alarmed New Mother: “Um, thanks. And, yeah, okay, sure, I guess.”

Me: “I could eat a baby. I mean, I wouldn’t, obviously. I nibbled on my own baby’s toes a few times, sure, but I wouldn’t actually eat a baby.”

Me: “I mean, babies are totally edible, though. Which is why vampires could never have babies. Like that whole sub-plot in the Twilight series where vampires have babies, that’s just, like, totally implausible. Because if a vampire had a baby a vampire would totally eat that baby, if not right away, then just as soon as that baby got the chunky baby thighs. They just wouldn’t be able to help themselves. I mean, I am totally not a vampire, and I want to chew on babies, and if a real non-vampire person is tempted to nosh on some baby, then, really, an actual vampire would totally not be able to help themselves. They would totally eat their babies. I don’t think that anyone can argue with that. It’s just fact.”

At that point – I probably don’t even need to add this detail – she backed away, very, very slowly. Which I get, totally. If there’s one thing that you don’t want to hear from a stranger who has just huffed your baby’s head, it’s that that stranger can imagine eating your baby. I understand that.

In my defense, though, it was one of those environments – conference, cocktail party – into which, I think, if you bring a baby, you should expect that baby to get attention, and baby-attention, in my experience, usually involves lots of cooing and warbling. And I did ask permission to sniff that baby’s head; I mean, you don’t just go ahead and sniff another person’s baby, because that’s bad manners. Again, granted, I should maybe have not have followed up the head-sniff by suggesting to that mom that if I were a vampire, I would totally have eaten her baby, but still. I stand by my argument. Vampires would totally eat babies if vampires were allowed anywhere near babies, which is why there could be no such thing as vampire babies. That’s just science. 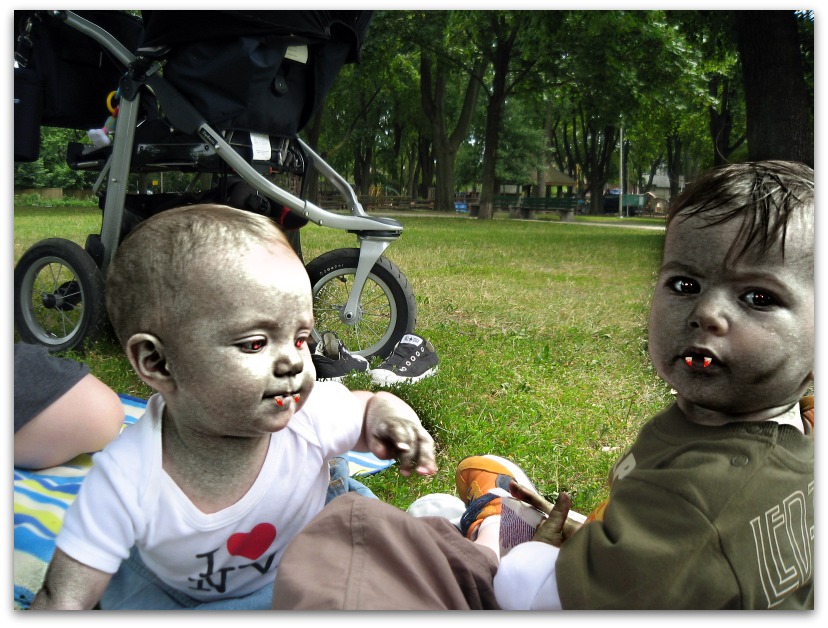 Hope, Which Has No Opposite In Fear

Monday’s Just Another Word For ‘Is It Friday Yet?’