A Certificate Of Presence: On Why I’m Obsessed With Taking Photographs, And Happier For It

There’s a post at Babble this week by a mom who regrets having been too obsessed with photographing every moment of her family’s life. She forced herself to put the camera down, and, she says, is happier for it. “While I still desperately want my boys to be able to look through photo albums of their childhood and feel a deep sense of love and family,” she writes, “I also want them to remember that I ran into the cold Maine surf right beside them, that I danced the night away with them in my arms at their auntie’s wedding, and that I simply sat with them while they talked about cars and firemen and bugs. That I did not leave them to grab my camera — no matter how adorable they looked. Instead, I stayed and I listened.”

Which is lovely, really, and I get it, I do. There is a difference between living a moment and documenting a moment, between being in and aware of the lived experience of a moment and being an observer of that experience. Here’s the thing, though: each of those experiences is a discrete and unrepeatable experience. It happens once, and only once. Which is, perhaps, all the more reason to just live each experience as fully as possible. It’s also, however, an excellent reason to seize those experiences – some of them, anyway – and do whatever we can to hang on to them. Photographs are one way of doing that.

Roland Barthes argued that the essence of photography was to facilitate the experience of time as a singular and unrepeatable event. A photograph underscores the fleeting character of any given moment in time, inasmuch as it freezes that moment and makes it – as Barthes would have it – spectral. I think that it’s easy, even intuitive, to grasp this: you know that feeling, when you look at a picture of your child as an infant, of holding in your hands (or seeing on your screen) an artifact of loss. You recognize, in looking at that photograph – you feel, in looking at that photograph – deep in your gut – that that moment – that age, that stage, that era – has passed. To put it in the grimmest, most Barthesian way, it’s a kind of micro-experience of death. Whatever moment a given photograph captures is, was – like life – singular and unrepeatable, and were it not for the photograph it would be beyond your reach. Photography both affirms and denies the passage of time, the unrepeatability of life’s moments, the fact of our mortality.

Why is why I am borderline obsessive about photographs, and have no intention of trying to overcome that obsession in any but the most basic ways. I love my moments with my children, and I strive to live as many of those moments as possible, but I also want to hang on to many of those moments as possible. I want to be able to relive them, repeat them, freeze them in time. And I want to be able to see and appreciate the passage of time. I no longer picture, in my mind’s eye, Emilia and Jasper as infants; I close my eyes and think, Emilia, and I see her as she is now. Or I see her as I see her in photographs; I’ve dwelt upon those images, and so they endure in my memory. But baby Emilia – Emi as we called her in the days and weeks after her birth, Emi as she was in those moments that we didn’t capture – she’s harder to seize hold of, bring back. She’s gone, for the most part. And that loss would difficult, if I didn’t have the photographs that captured and held her and allow me to see her, again and again, as often as I like. 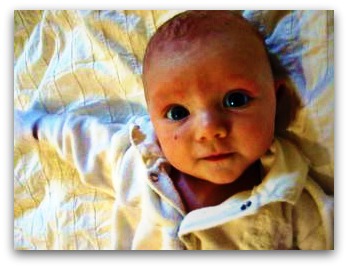 There are moments that one can’t photograph, of course: the tight hugs and the sloppy kisses and the snuggles in the dark at bedtime. I don’t lament not being able to capture every moment. I don’t need every moment logged and catalogued. I just need some of them. Lots of them. All or most of the ones that I will cast my mind and my heart back to, that I will seek out in recesses of my memory. That’s a lot, I know, and it’s why I have many tens of thousands – maybe hundreds of thousands – of photographs in my digital archives (so many that I can’t always find the ones that I want, which is another story for another time.)

But I would argue, too, that my impulse to photograph everything, or almost everything, has caused me to look at things, to see things, in such a way that allows me to hang on to them a little longer. Barthes calls the photograph a ‘certificate of presence;’ I think that photographic attentiveness compels one to always be looking for those moments of presence, and that that attentiveness matters, regardless of whether the would-be photographer ‘certifies’ them by releasing the shutter. I look at so much through the lens of an imaginary camera, imagining the image that would result if I had a shutter to release, that it has become possible to freeze those moments, and to wrap them in descriptive words, without a camera or any other recording or documentary device. Because I’m living so many moments in documentary mode – taking real or imagined photographs, filming real or imagined video, narrating with real or imagined words – I’m retaining those moments more effectively. I’ve got a vast archive of stories and images in my mind, and I can wander that archive at will. And when its corners get murky with shadow, I turn to my real archive – my photographs, my videos, my posts – and the lights come ablaze and illuminate everything. 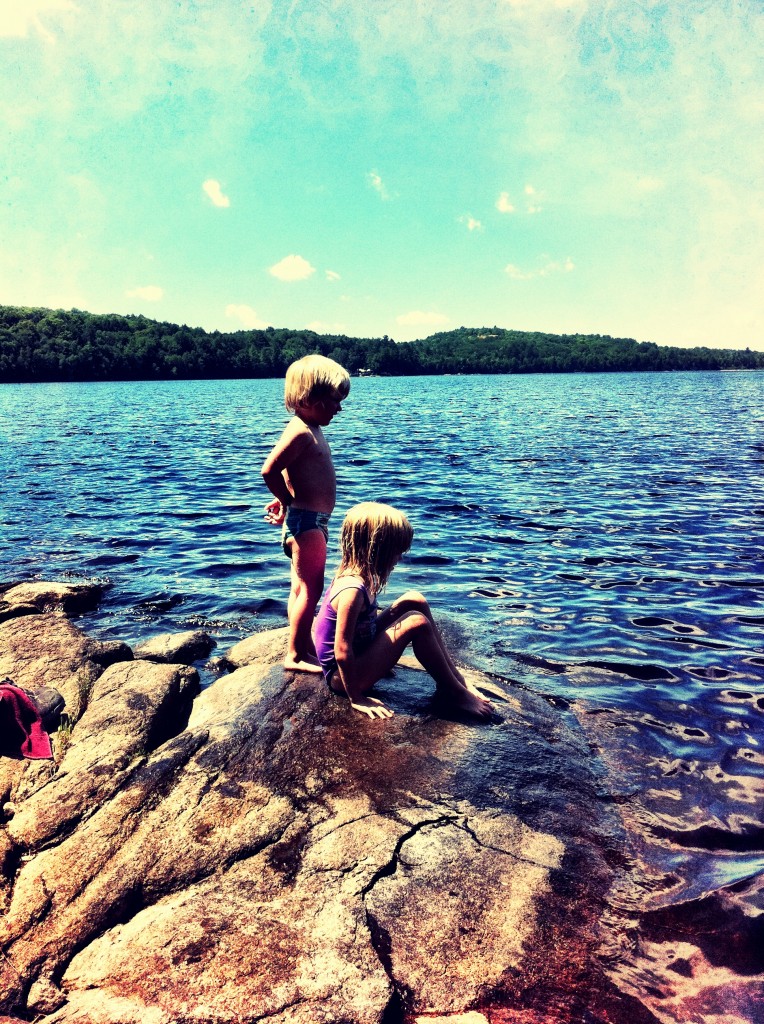 So I don’t think that I’m missing anything by being a photo (and story) obsessive. If anything, I think, I experience my own life, and my children’s lives, more richly for living through that experience with my attention tuned to its highest frequency. I will, of course, like the author at Babble, run through the surf with my children and splash and play and live in the moment. But I will also have a waterproof camera stuffed in my top, and a narration running through my head, and so that I can relive that moment, again and again and again.

Do you have trouble putting the camera down? Do you care?