Mommy Blogging For Fun And Profit And Hate Mail

A few years ago, I was interviewed by the Globe & Mail about ‘mommy blogging’ and the ethical issues – you know, the usual: child exploitation, child neglect, Jon & Kate Plus 8 Syndrome – that it raises. I was mildly defensive about it, but mostly amused, because, seriously, wasn’t it obvious that most mom bloggers blogged out of love? Wasn’t it obvious that the average mom blogger paid closer attention to her children that she might otherwise – after all, how else would she have all those stories, if she wasn’t fascinated by her kids, and by her own experience of motherhood?

These points of obviousness, however, are not obvious to everyone. Obviously. As the commenters to the original story pointed out, it seemed obvious to them that I was neglectful and exploitative. Was I not blogging instead of spending time with them (well, her; Jasper was at that point still a fetus)? Was I not profiting from telling stories about her? Wasn’t obvious that I was, as a blogging mom, a bad mom? I still get these questions. I don’t think that a week goes by that I don’t get these questions, or questions like them. Hell, just this week I got a lovely email demanding why I thought anyone cared about my struggle to figure out the how and why of telling personal stories, because, after all, I should have stopped telling those stupid, exploitative stories years ago. So the questions are fresh in my mind: can a blogging mom be a good mom? What is mommy blogging good for, anyway? These are stupid questions, of course. I know that.

They are, however, questions for which I once wrote an answer: 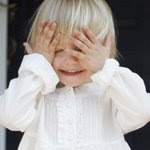 Nothing makes a mom-blogger prouder than to open the online editorial page of a major newspaper and see a picture of her daughter with a hyper-linked headline that asks “Is Blogging About Your Kid Exploitation?”

Of course it is, you say to yourself. And then you print the article and fold it neatly – you know, for the scrapbook, and also maybe for tax purposes – alongside the stacks and stacks of hundred-dollar bills you’ve collected from the enterprise of exploiting your daughter. The stacks that you make her wrap in wee elastic bands and load into the stroller basket to take to the bank. When she’s not busy posing for the pictures that you post on your exploitative ‘GET UR LIVE TODDLER SHOW RITE HEER” blog, that is. Or amusing herself in the corner with old vodka bottles while you spend the better part of each day telling the Internet stories about her. You know, for the cash.

I knew what that Globe and Mail story was about when I agreed to be interviewed for it. And I knew, too, that allowing them to photograph Emilia and I would make us a focal point. I also knew that when I said, in the interview, “this is going sound totally inappropriate, and probably needs a lot of explanation – it’s just that I can’t think of a better word – but in a way I think of her as my property, yanno?” that the ambivalent preamble would be omitted when the quote was – inevitably – used. (Actual quote, minus preamble: “In a way I think of her as my property, my work of art… She’s a work in progress that I’m involved in. To that extent, I have some license to be public about having her as my muse.”) I didn’t have a problem with that. I was prepared to stand by that. I knew that I would have to stand by that, because I knew that I’d get shit for that.

And I did. But I wasn’t quite prepared for the force of the shit being flung.

In the comments to the online article, this was the tenor of the response:

“Is it just me or is this poor little kid doomed from the get go?”

“Isn’t this just another form of pimping?”

“At 6 her daughter will likely hire a lawyer and sue her for half.”

“Parents that sit and blog are actually NOT paying attention to their children. You know the old saying ‘where are the parents.’ Well their (sic) right here in front of you honey, but they are zombified in front of a screen.”

“If this is the way this woman views her child, I hope she saves up whatever money she’s earning from her pathetic blog to pay for her kid’s therapy later in life.”

And my favorite (regarding a quote from Emilia, cited in the title of the article) “Who would teach their child to speak like this?”

(Note to ‘Dennis sinneD from Calgary’: if you know any two-year olds who can not only construct complete sentences, but articulate those sentences with perfect diction, then you live in some alternate parallel universe where said children quote EB White at five years of age, attend Oxford at seven, and publish their collected essays on the rise of the English novel at ten. Which is to say: NOT CALGARY.)

The comments are stupid, I know. And, simply, wrong: I’m not some shameless mom-pimp, whoring out an online kiddy show for pennies from Google ads. I’m a writer. I make money from writing; it’s my job, my contribution to the household income, the means by which we’re going to send her to university and pay for her wedding and help her buy a house and just generally take care of her and her sibling. But it’s also a labor of love – I didn’t start writing to make money, I started because I love it. And I started writing about – mostly – being a mom because, in addition to loving the writing, I found solace and comfort and release and community in it. And so did others – readers, and other writers, who shared their stories with me. And so I kept writing, and so I keep on writing, and so I will keep on writing, until I have no words left. The money is nice, but it’s incidental to my love for the practice of writing.

Most of what I write is not anecdotes about Emilia. I’m not simply keeping a play-by-play (or, more accurately, asskick-by-asskick) record of her life. I’m writing what is, in part, a living memoir of my experience as a first-time (soon to be second-time) mother. She’s a big part of that – the biggest part, in most obvious respects – but there’s a lot about that experience that holds her at the periphery. A very, very close periphery, but still. My motherhood is a work in progress that involves her closely, but it is, also, a work that is more mine that hers. When I said in the article that she’s my muse, that’s probably as close to the truth of the writing matter as I could get. She is the source of my identity as a mother, and my primary inspiration as a writer – but the story that I tell about the experience of motherhood – the experience of womanhood after having children – is not, strictly speaking, her story. It’s mine. Mostly. (The issue of public/private distinctions as these pertain to the quote-unquote institution of motherhood, and the idea of children as any sort of ‘property,’ are subjects for another post. Soon.) (I’ll just say this: the word ‘property’ – from the Latin proprius, meaning one’s own – doesn’t necessarily refer to chattel. Rousseau and Mill took ‘property’ to refer to the broad spectrum of things – including happiness, self-respect, family – that one might hold dearly as ‘one’s own’)

And in any case – even if one does regard my personal blog as simply one long exercise in narcissistic storytelling about life with Emilia – what of it? Why does so-called lifestyle writing in print not prompt people to generalize those writers as narcissistic nutbars or neglectful parents or – most pleasantly – pimps? Memoirs, autobiography, lifestyle op-ed columns – these have been around for a very long time, and while some such writers, I’m sure, are called narcissists, most of them have probably not had the unique pleasure of being called crazy, zombified pimps. (Most of them, however, have – from Rousseau to Sedaris – historically been men. There’s something about so-called lifestyle writing or memoir by women – online or off – that inevitably provokes hysterical name-calling and foretellings of the decline of civilization. This has everything to do with the historical consignment of women and family to the private sphere, I think, but again, that’s a subject for another post. I can only skim the surface here.)

There’s something about mothers lifting back the veil of the family that upsets people, that leads people to accuse the mothers who dare do such a thing of neglecting their maternal duties, of exploiting their children, of exposing their children to the dangers of the public sphere, of being bad. But that’s precisely what makes mom-blogging – to overuse a deservedly overused phrase – a radical act. We’ve always been told to not lift the veil. We’ve always been told to stay behind the veil, no matter what. We’ve always been told that the sanctity and well-being of our families depends upon the integrity of that veil – upon modesty and privacy and keeping our struggles and our victories to ourselves. Which has, over the course of the history of Western civilization (and that of other civilizations, of course, although I cannot speak to these with any authority), kept us isolated from one another. Kept us silent.

I choose not to be silent. I choose to tell my stories, tell – while she is young – her stories, tell the stories of she and I and our family and our place in this world and to pull meaning from those stories and to speculate on those meanings and to reflect, out loud, on what it means to be a mom in this day and age and other days and ages and all the days and ages to come. I choose to use my voice, my fingers, my keyboard to make myself heard. I choose to write. If that makes me appear, to some, a crazy, narcissistic, exploitative zombie-pimp who whores her child out for the sake of a few bucks and the self-indulgence of storytelling, then so be it. 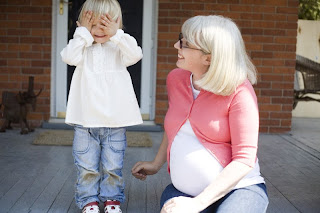 She Is Vast, And She Contains Multitudes, And She Also Sometimes Throws Her Bra