The Wringing Hands, Wring All They Can

You know how every year, thousands of North American bloggers – mostly the female ones, but also some of the not-female ones, and also some babies – converge upon a city to talk about social media and blogging and stuff? That’s happening this week. I’m already hoarding Xanax.

BlogHer is like Comic-Con, except with more women and babies and fewer Trekkies. It vibrates at about the same geek frequency, though, which is something that too many people forget, I think. It’s a conference for women who write and socialize and make their livings on the Internet, which is to say that it is the very definition of geek. But for many people, it’s an event that triggers severe social anxiety and bad flashbacks to high school. Which is surprising, for what is, as I’ve said, a gathering of geeks, which is to say, a gathering of people who are disproportionately more likely than other members of society to have limited social skills and so who should not be even remotely socially threatening. 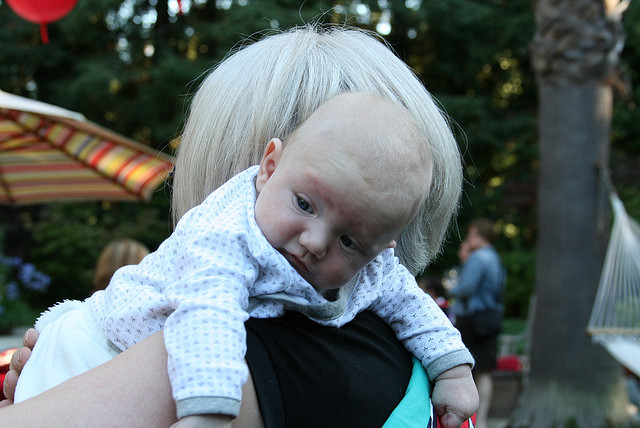 Babies are also not supposed to be socially threatening, but they totally are.

That said, I find BlogHer scary, too. I’ve gone every year since 2006, and the scary doesn’t go away. It’s big and it’s loud and it’s unrelentingly social. It can feel like high school, if you went to a high school with thousands of networked peers armed with smartphones and Twitter feeds. They might be geeks, but they’re a lot of geeks.

You can read more about my hand-wringing over at MomCrunch. I do a lot of hand-wringing. BlogHer makes me hand-wringy. In a good way, but still. If you see me there, know that my hands will be chafed, you know, from all the wringing.