Down This Long Distance Line Tonight

Of all the types of mother that I imagined I’d be – when, that is I did imagine being a mother, which was not all that often – I never imagined that I’d be an absentee mother.

I imagined that I’d work, of course – staying at home was nothing that I ever aspired to, which is why it was so surprising when I ended up doing exactly that, for a time – and I imagined that I’d travel and I imagined that I would, broadly speaking, have a life outside of motherhood. That was, in fact, a condition that I imposed on my future motherhood: I would be more than ‘just’ a mother. I would do things other than ‘mother.’ But even given the conditions and parameters that I placed upon my future motherhood, I always assumed that wherever I was as a mother, there I’d be. Putting my kids to bed and getting them dressed in the morning and hugging them and kissing them as often as I could. You know, mothering.

Which is what I did, mostly, for the first few years of my motherhood. I worked some, I stayed at home some, I worked from home some… but regardless of what I was doing, I was always there.

But now I’m not there. Or at least, I’m not often there. They’re not here. It’s a condition of sustained absence. And that feels weird. Wrong. If it weren’t for the existence of Skype and FaceTime and various photo-sharing applications, it would be intolerable. Sometimes it feels intolerable even with those things. My husband sends me many, many photos – daily – of Emilia and Jasper doing adorable things like jumping in puddles and dancing with umbrellas and, you know, being adorable, and every single time that I open one of thosephotos it’s like I’ve been stabbed in the heart with a sharp stick. My babies. SO FAR AWAY. 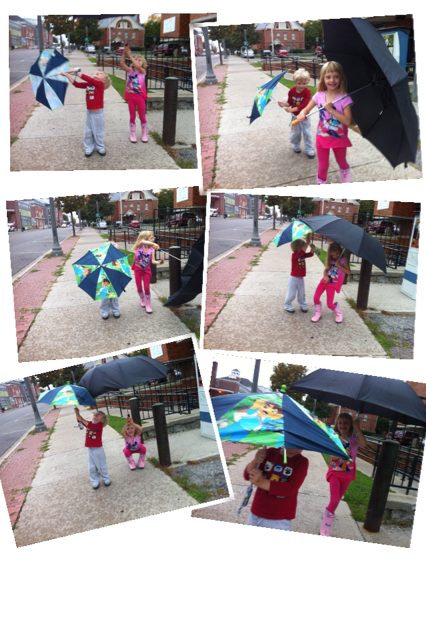 But that’s just me, at my end, fretting about whether or not to open the latest email from Kyle with an IMG tag. There’s also them, at the other end, only seeing their mother on tiny, tiny screens. And although I suppose that’s better than not seeing their mother at all, it sometimes feels, I don’t know, worse, maybe? The other night Kyle called Jasper over to his computer, to say goodnight to Mommy on Skype, and as he turned his laptop to capture the full view of Jasper’s tiny pajamaed form I heard a shout.

And then there he was, beflanneled arms crossed tightly across beflanneled chest, glaring in that furiously angry way that only three olds can glare, and my heart skipped, painfully, a beat, and then he was gone, stomping off, away from the computer and from Mommy, who is really just such an asshole for living in the computer instead of at home, and my heart not only skipped, but stopped, and thudded, and dropped.

And I wondered: what good is this technology for, anyway?

It is, of course, good – great – that we can connect across distances. It’s fantastic that we can get more than just voices echoing down wires, that we can see each other, that we can touch fingers to screens and blow kisses and imagine that we’re just on the other side of a window, not far at all. That when our hearts break, it’s not down long distance lines, but across pixelated screens, in full view, in HD even.

But still. They break. Is it really better that they break in high definition?