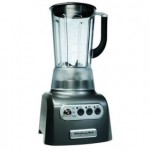 Strap in for Jason’s ongoing story. Once a tech obsessed writer/photographer/speaker, treatment he thought he had it all under control – until his family grew six sizes. Now he’s trying to fuse everyone together into a single family. This is Family Sized Blender.

Jason also blogs about making better memories with your point-and-shoot camera. Check out Frame One on Facebook.

We’d been all under one roof for a week when the thing happened. We’re fusing together a single family from one mom, pharmacy one dad, five kids,* who report to three other families at different times during the week. Over the last sixish months, I’ve spent the majority of my time at mom’s house in Guelph. There, we spend our time with three of the kids – an eleven-year-old girl, a four-year-old boy and a bouncy, bubbly six month old (the math makes my head hurt too).

(*plus one at university).

We’ve done a pretty good job prepping this group for what happens next. The move. New school. What to expect. Trouble is, I haven’t done nearly as good a job with the pair – ten-year-old boy, five-year-old girl – who share time at my place in Newmarket – an hour-and-a-half away. This pair hasn’t seen the Guelph a whole lot yet and I spend a lot of time whizzing between the two cities. (See what I’m doing here? I’m trying to excuse myself for not prepping the Newmarket kids.)

It happened last week. We were out for a walk and the newborn had been a smidge cranky when the five-year-old girl offhandedly said “I wish the baby’d never been born.” I took it as a comment that small fries make about crying babies, having done a bit of research on the subject a few years back.

Mom, however, saw a red alert. Now, the stress level around here these days is already kinda high. There are boxes everywhere, parents tuckered out from a crazy long move and a lot of work to go to craft this place into shape. The five-year-old’s comment was a match to dry kindling.

My reaction came off as flippant. “Kids will be kids.” Mom, meanwhile saw this as a pattern that could end up in us raising a Lohan-esque mean girl. There were a few (several) tense days with words exchanged. When the five-year-old made up a song about how she didn’t like the baby, I had to concede that something was going on.

That’s the thing they don’t teach you in blended family school – you come in with blinders on. I think it’s because our kids are really a reflection of ourselves. So if the daughter is being unnecessarily cruel, it feels like I’ve done a bad job as a parent. And it’s one thing to feel that way in front of nannies at the park. It’s quite another if you’re all working to create one team. I felt like I’d let Mom down. I’d felt like I’d let everybody down. The key, I guess, is to be confident in accepting that you make mistakes (like not prepping the team) and move to correct them quickly.

I assume the beginnings of these things are impossible. There are unavoidable issues that seem bigger than they actually are. Things that you’d handle with a traditional or already-blended family with the greatest of ease. Eventually, we’ll get there too. (Please dear god, let me be right about that one).

For now, it feels like I may have unwittingly incited a civil war.