So, winter came to New York. For, like, one day. Which caused Emilia to ask whether it only snowed in certain parts of New York City, because it’s so big, and couldn’t it be possible that there’d be different weather systems north and south of Central Park? It’s plausible. 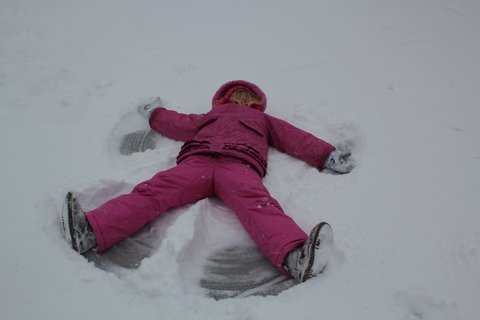 She also asked me if I missed the snow in Canada, which, frankly, I don’t, and I told her as much. “It’s because you don’t have a snowsuit, Mommy,” she said. “If you had a snowsuit and could play in the snow you would like it.” Which, maybe. Or maybe not.

(I have no reason for giving this post this title. I’ve just always wanted to use it as a title, and ‘Now Is The Winter Of Our Discount Snowsuits,’ while perhaps marginally more appropriate. just does not have the same evocative force.)

There Is A Here