Love Lifts Us Up, To Where We Probably Belong

This will seem like a statement of the obvious, but still, it bears stating: when we moved to New York City, everything changed.

My husband saw this as an experiment, of sorts: he’d devote some amount of time – six months? longer? we didn’t know – to being a stay-at-home dad while we negotiated the transition to living and working in New York, and we’d revisit that decision later, at which point he’d secure the proper visas and seek work here, or full embrace stay-at-home fatherhood, and maybe take up homeschooling, or something. I, of course, would work. We would be reversing the previous order of things, sort of. I hadn’t been a stay-at-home mom, exactly; I worked from home, and contributed significantly to the family bottom line. But still: I was the one who stayed home with the kids when they were sick, who picked them up from school and daycare, who prepared their meals and got them ready for bed. Kyle worked long days and nights in the film industry. He was the working parent, to any outside observer. I was the dependent spouse. We both liked this arrangement well enough, but we were confident that turning things on their head would be fine, too.

They were not. Are not.

I keep nagging Kyle to put his own words to this subject, to tell the story of his experience, because it is, after all, his experience, not mine, and in any case, if I write the words Kyle does not like being a stay-at-home dad, Kyle does not like being dependent upon me, Kyle is not comfortable being the ‘wife,’ it just sounds wrong, it seems open to misinterpretation, to misunderstanding on the part of anyone who would read those words and not get that he loves his kids, and that he loves being with his kids, and that he loves me and is proud of me, and that he wouldn’t want me to be anyone other than who I am, that all of these things are true and important, more important than the ‘and yet…’ that follows them. And yet he doesn’t like being at home. And yet he feels challenged, you know, as a guy, to be entirely reliant upon his wife, to have no other identity, here, beyond that conferred by his status – noted, even on the visa in his passport! – as the ‘dependent spouse.’ I cannot do justice to the complicatedness of his reality. I cannot do justice to the complicatedness of his feelings. I cannot do justice to his narrative, because it is his, and this is an old, old story, but it is an important one, here, because it is a story that is so fraught, and so unique.

I can, however, say this: I could not ask for a better, more supportive husband. Things are really difficult right now, but that things are difficult only underscores how much that support matters, and how much it costs. The costs here are high. Kyle’s made some really big sacrifices for me – as I have for him, over the course of our marriage, but this is the now, and in the now, in the right now, the sacrifices are mostly on his side – and I couldn’t be pursuing the adventure that I’m currently pursuing if he weren’t there, behind me, holding me up, lifting me up, extending my reach, making all things possible.

If this were easy – if that lift, that reach, didn’t put such a strain upon him – would the effort say as much about who we are, and how we love? I don’t know. 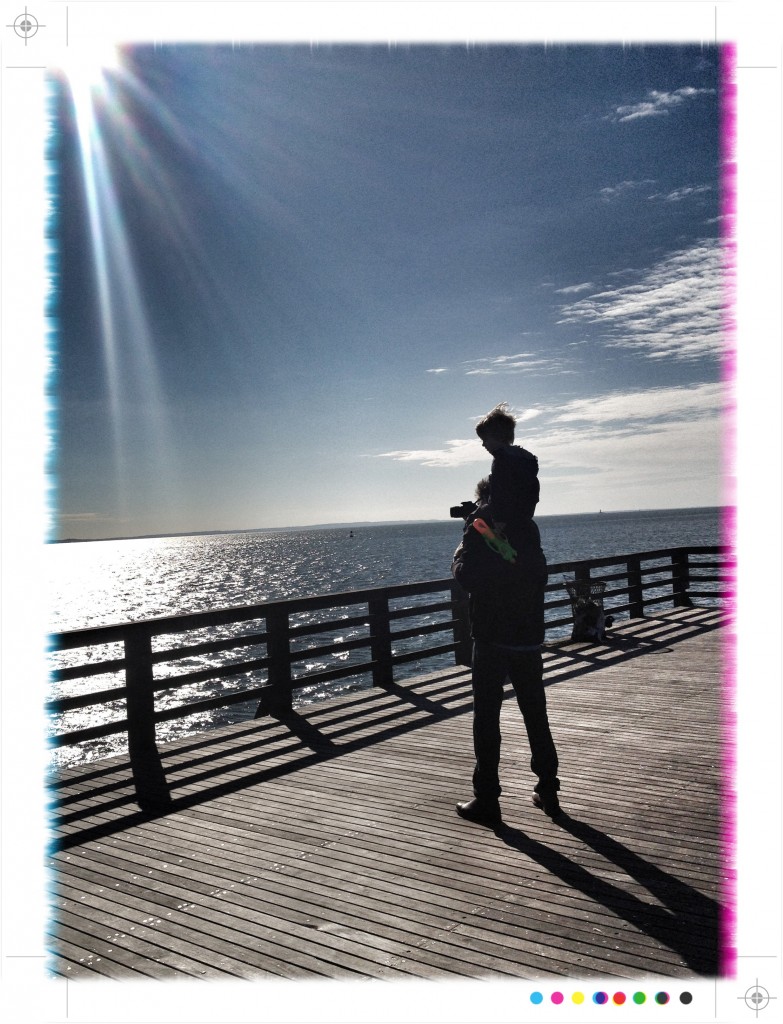 All I know is that it is such a love. And it does lift me higher.

And that is everything.