This is one of the pool areas of the Azul Beach Resort on the Mayan Riviera. To say that it’s beautiful is to understate things dramatically. It’s BEAUTIFUL, in a way that you can only express in italicized capital letters. 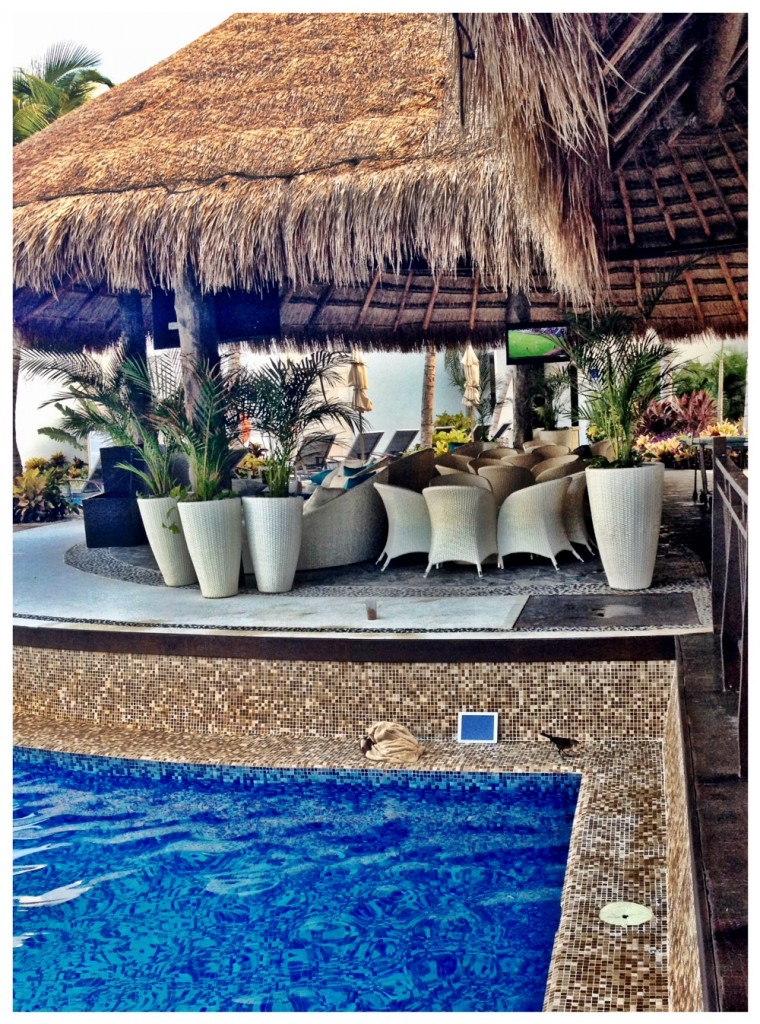 That said, if you’re a kid – specifically, an eleven or twelve year old kid named Angus – it just might not be enough for you, so you’ll bring your iPad. You know, right into the pool.

You’ll abandon it more or less immediately, of course, because it’s hard to navigate a touchscreen with wet fingers. In which case, you might as well leave it propped up at the side of the pool, three or four inches from the water. Because, why not? If you’ve already had it in the pool, there’s no reason that it can’t sit right beside the water.

Your dad will come and yell at you, though, so that’s a bummer. He’s totally uptight about that iPad. Whatever.

Just another day in paradise.

(Observer’s notes: Kristen and I watched in horror as this kid – who we later found out was a British boy named Angus – played with the iPad in the swimming pool, holding it up out of the water that was up to his armpits, before giving up – presumably because of the aforementioned wet fingers, and also, I’m guessing, because holding an iPad inhibits one’s ability to fully enjoy a swimming pool – and setting it on the pool’s edge. That, I said to her, was very probably the most troubling use of an iPad by a child that I had yet seen.

Then I got home and watched Jasper try to carpet-surf on ours.

Yes, You Can Take Your Kids To A Luxury Resort