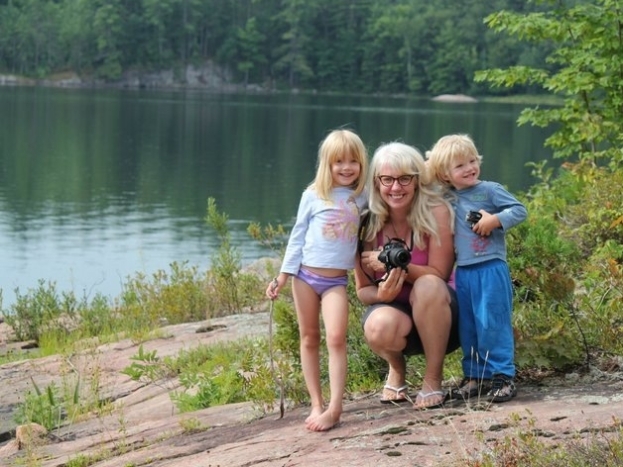 Hello! Here are some words about me:

I am a writer, entrepreneur, activist and mother, not necessarily in that order. I was, until 2015, Head of Content and Editor In Chief of Disney Interactive (prior to that, Editor In Chief of Babble.com). I have been, for about the same number of years my daughter has been alive (currently just over 14), the author of HerBadMother.com. I am also a recovering political scientist who still believes that, given a tear in the space-time continuum that adds six extra hours to every day, I will write the definitive work on the history of women and the family in political thought, and/or a children’s book based on Jean-Jacques Rousseau’s Emile (not really) (maybe). I left Disney to start my own media development company at the beginning of 2015; that company has done a bunch of cool stuff, not least of which was the creation of Project Girl Quest, which became Maverick, which was awesome and was name one of Fast Company’s Most Innovative Companies. I’m working on my next start-up venture, still in stealth mode (STAY TUNED 2020), as well as my next book. You didn’t catch the last one? Everyone from People to Cosmo to Ms. Magazine liked it (yes, Cosmo AND Ms. Magazine.) Buy it here.

I write here far less frequently than I used to, because there are only so many hours in the day, and because there are just that many more things in my life that I like to keep private. If you like following my storytelling, my Twitter or Instagram feeds are a good bet. I also sometimes write on Medium (I love Medium.) Otherwise, you’ll just have to wait for the intermittent posts that appear here, and/or for the occasional books / scripts / prose poems.

When I do write here, it’s still mostly about navigating motherhood and understanding womanhood and what it means to be a feminist when you’re sometimes not entirely sure what that means; there’s also a lot about girlhood and childhood and exploring the world and raising children to be explorers of all worlds, real and imaginary. I still write about my belief that bad is, really, the new good. (I really do believe that bad is the new good, by which I mean, fuck the whole idea that there’s such a thing as a one-size fits all  ‘Good Mother’/’Good Girl’/’Good Feminist’/’Good Whatever.’ I named this blog on that principle. I even wrote a Manifesto.) Oh, and also I wrote about How To Raise An Asshole, and meant it.

I think a lot about princesses and fairy tales and the place of women and girls in folklore and myth, in part because it was part of my professional life for so long (first academically, and later at the Academy of Disney), but also because a) I have a girl who used to love princesses and fairy tales (now she loves dirt bikes, cheerleading and hockey), b) I have a boy who loves princesses and fairy tales, and c) I believe very firmly in the power of fairy tales. Also, I can tell you how they fit into the history of social and political thought, and it takes a special kind of nerdery to do that. So I’m writing a book about it, and also one semi-related graphic novel, in partnership with another media company, which is one of the reasons that I’m not writing here nearly as much as I would like. But the book will worth it. For me, anyway.

More About Her Bad Mother, the BLOG:

Her Bad Mother has been featured in the New York Times, the Washington Post, the Globe and Mail, the Toronto Star, the American Prospect, the London Times, and sundry other publications, as well as on CNN, ABC, CBC and the BBC online. I’ve made appearances on most major media outlets, including CNN, NPR, and Good Morning America, addressing all variety of topics related to motherhood, feminism, media, and femininity — sometimes all at once. In 2009, Babble.com named Her Bad Mother one of the top ten mom blogs of 2009 in its list of the year’s Top 50 Mombloggers, ranking it among the Best Written, Most Confessional, Most Controversial, Most Popular and Funniest mom blogs on the Internet. Then they did it again in 2010. Then they lured me to New York City to take things in a new direction, and then Disney liked that direction and acquired Babble and also me and the rest is a long and sort of complicated history that you can trace through my blog and social media posts, or on the troll forum of your choice. The TIME Top 25 accolade was in 2012, and that may have been my peak, but I hope not. I live in Los Angeles now, and mostly don’t miss New York. Don’t even ask me about Canada.

My writing has also appeared in a variety of on- and off-line publications, a few books, and maybe one or two papyrus scrolls. I still dabble in the area of my academic work, which concerns women and girls in the history of political philosophy, with no small amount of attention to the place of story and storytelling in that history. I also speak regularly on femininity and feminism, raising empowered girls, raising amazing boys, women and entrepreneurship, women and leadership, sometimes other stuff, sometimes all of it all at the same time.

I have life lists. I take a lot of pictures. I like big words, and I sometimes make them up. There used to be a whole subculture of bitter Internet denizens who hated me for that, for my excessive use of three-syllable words, and/or for my hair, which really is a sign that you’ve made it, you know? TIME accolades are nothing compared to being able to provoke bored women to incoherent rage-posting. (If you don’t like stories about motherhood, angry feminist rants, big words, or pink hair, this is probably not the blog for you.)

I’m liberal, but I can’t (yet) vote in the US, so my political leanings are mostly academic. I was raised Catholic, but am now a confused agnostic. I love the ocean, but I love the desert more. I love shoes way more than is probably healthy, but I wear Birkenstocks most days that I’m at home (in my defense, I live in Southern California.) I spend an embarrassing amount of time on Pinterest. I like cats, and dogs, and pretty much any creature that’s furry, and some that are not. I’m an INTJ, an Enneagram 3, a Taurus-cusp-Gemini, and Slytherin with Ravenclaw rising. I don’t believe in star charts, but I do save the fortunes that come out of cookies and I think crystals are pretty. We’d probably be good friends, and not just because you read to the bottom of my About page.

You can reach me by e-mailing her at herbadmother at gmail dot com. Messages sent by carrier pigeon are also welcome. Want emails from me? My newsletter? OF COURSE YOU DO: