And Miles To Go

I think that I broke my mom’s heart all over again, writing that post. Even though she told me to go ahead, even though she knew it was coming, her heart wasn’t ready.

That was beautiful, she said. I only read it once. I won’t be able to read it again.

But it was beautiful.

-I just told the story.

But the way you told it.

Something you didn’t write about… why I’ve been afraid to look for him… I’m afraid of the hurt. If he didn’t want to have anything to do with me, it would hurt as much as it did when I gave him up. It would feel like the same loss. It would be that loss, all over again. I would feel it all, all over again.

-You’ll tell me if you want me to stop?

Both of our hearts will break many times, I think, before this is over. But hers will break more than mine, the cracks will run deeper and longer, and I am pained by that. I’m pained by that because she’s my mother, and I love her, and I want to spare her hurt. But I’m also pained because I will, I know, be the architect of some of that hurt, because it will be my words that press her heart to strain. I can only hope that there is some joy – or at least some release, or some closure – at the end of this journey.

I am so tired, and we’ve barely begun.

We’ve quite a journey ahead of us.

I had to walk away from e-mail this weekend. I needed a break. But I’ve read and am reading everything. If you haven’t heard from me yet, it’s just because I’ve been putting sleep and baby-cuddling ahead of correspondence. You will hear from me. I’m indebted to all of you. 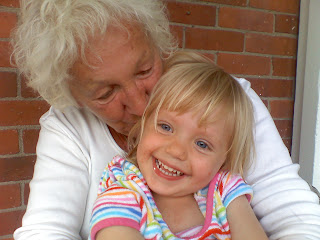 Stories I’ve Only Told My Mom

A Brother By Any Other Name