Sufficient Unto This Day

I was not going to post again, because the imperative to post was hurting my heart and making me crazy in a week during which I felt, strongly, that I simply could not post, that it would be wrong to post, that it would be wrong, somehow, to even Twitter all the fears and anxieties that I was struggling to contain. I wanted to write, but my preferred forum for writing was closed to me, or so I felt. I ached to write, to write anything, even just 140 characters proclaiming my fear; my fingers twitched, desperate to tap messages into my phone as we circled Emilia’s bed in the hospital, as we fretted and worried and paced. I am so scared, I typed, I am so scared. And then my fingers retracted their message, backspaced, deleted, and I resumed my pacing, my worrying. What could I possibly accomplish, publishing my fear? And how hollow, how terribly, selfishly, hollow to whine vacantly into the void when others were living and sharing darker fears. Realizing darker fears, the worst fears. What would I be doing, to add my own selfish anxieties to that chorus of pain?

No pain is hollow, of course. Seeing my daughter slumped and incoherent, eyes sunken in dark sockets, skin white and hot, was terrifying and horrible and I felt my anxiety in every moment as a strangling hurt, a terrible pressure against my lungs and throat that threatened to cut off my breath. But that was only my hurt, my fear, and although I know that every parent understands how terrible that hurt and how horrible that fear, it was not the time to share it, it was not the time to reach out. It was simply not the time.

But doesn`t sharing the pain, sometimes, just exascerbate it? Doesn’t it become, sometimes, a sort of twisted indulgence, a way of lingering in an ache and prolonging the sensation of hurt, in the same manner as scratching compulsively at an itch, even though it causes us bleed? If I write my hurt, am I expunging it or clinging to it? And if I draw others into my circle of anxiety, does it serve to comfort all of us – by underlining how common the experience – or does it serve to discomfit all of us – by making the experience common, by forcing others to live it, vicariously? Do I want community, or do I want attention? Can these two desires even be distinguished?

My anxiety about writing through my fear last week reduced to these three concerns – that I wanted to write because I wanted to wallow in that fear, that by wallowing, publicly, in my fear I’d be forcing others to experience that fear (in a week when fear and pain were already in too great supply) and that my writing/wallowing might be construed as attention-seeking (look! look! I hurt too! come see my pain!) – and these conspired to shut me down. And so shut down I did: I unplugged my computer and disabled e-mail on my phone and resolved that the only writing that I would do would be with pen and paper and kept entirely private. And then I cried. A lot. Because blogging has, in the worst of times, been a lifeline for me, a way of working through the pain and fear of struggling with depression and with the challenges of motherhood and with the general anxieties and regrets of a life well lived and with the looming spectre of death. And so the thought of abandoning it – of being abandoned by it – was terrifying, gut-wrenching.

And so I decided to not decide. I would simply not write about my pain that week, and hope that I would somehow grow an ability write light-heartedly and humorously so that I might not be so often an agent for spreading dark and gloom across the internets. And then Monday came and Emilia seemed better and so there was something happy to say – Emilia seems better! – and so I opened my computer and said it and the universe didn`t collapse in on itself, so. Baby steps.

I still don`t know how I`ll handle writing about Tanner, whose condition is worsening, and about how I`m going to explain the fact of his inevitable death to Emilia (something that becomes ever more pressing with every question she asks about his disabilities), and about lost siblings and hurt parents and depression and darkness and faith and all those terrible, difficult things that seem to have become my stock in writing trade. I just don`t know. I do know that I will write about them, sooner rather than later, just as I know that I will, someday – later rather than sooner – stop writing this blog. But I`m not going to worry about those things now.

For now, I`m just going to keep writing, and see what happens. 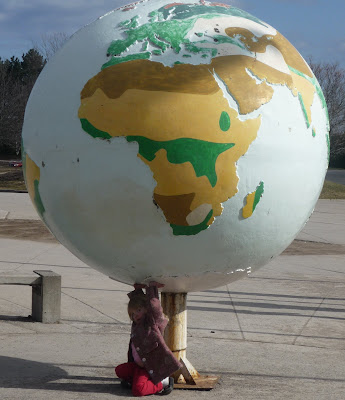 You can tell me, honestly – is there such a thing as oversharing hurt? Do I do it? Do I need – do we all need – to bring less angst and more happy? DOES THE INTERNET NEED MORE UNICORNS? I think maybe.