Sure, I have body issues, and I sometimes get a little bitchy about that. But! If my boobs can move the earth (that is what a quake is, yes?) then hell yeah, I’ll flash them.

By which I mean, of course I’ll wear a low-cut shirt on Boobquake day (which was yesterday, yes, I know, but still. I wore the shirt and took the picture yesterday, so.) It’s for science!* 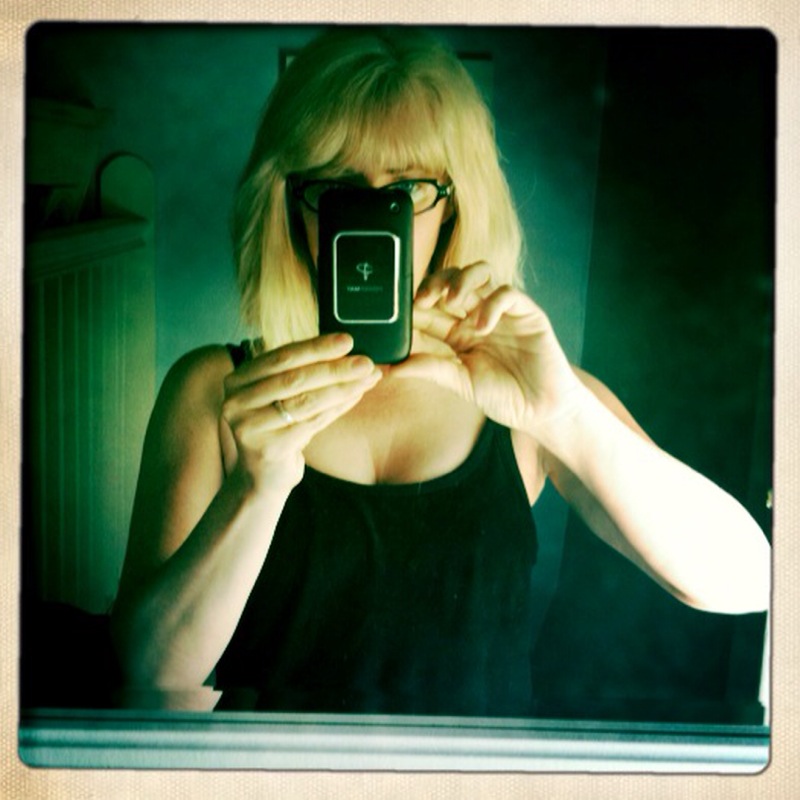 I’m tempted to make a joke here about how my boobs couldn’t move anything, unless I was hanging upside down, topless, in which case they might move a bit of a breeze with their reckless flapping, but I’m making a concerted effort to stay positive about my body, especially since I was provoked to rage and snarkery by a comment made Jillian Michaels, which is evidence, I think, of some sensitivity on my part. I still stand by my argument about why I was provoked, but I didn’t need to be quite so pissy about it. I feel a little badly about that. And I’m trying to not take it out on my boobs.

*I am a little bit confused about the science of Boobquake. Were we hoping to cause an another volcanic eruption, and so prove that women do have the power to move the earth SO BEWARE OUR AWESOME TECTONIC POWERS, or were we hoping to not cause an eruption and so prove that women’s boobs have no bearing whatsoever on the movements of the earth’s tectonic plates or whatever, in which case we can absolve ourselves of responsibility for that unfortunate Icelandic volcano but also relinquish some of our awesome? I admit to being conflicted about my own hopes in this regard.

Jillian Michaels Hates Your Body, Maybe. Or Not. Should You Care?