A Jasper By Any Other Name 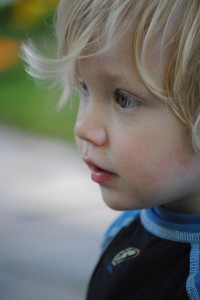 We knew that Jasper was going to be Jasper for months before he was born. From the moment that we found out that he – hitherto referred to as Sprout – was going to be a he, he was Jasper. Jasper. It was a name for eccentric old English uncles, for suspender-wearing artists pottering about in skylit attics, for crusty old men with beards restoring boats and smoking pipes on pebble-strewn beaches, for boys in knee-britches chasing rabbits in heather fields. Jasper. I loved the name. I knew that it was his name with as much certainty as I’ve ever known anything.

The lesson, don’t tell anyone what you’re planning on naming your child, hadn’t sunk in from my first pregnancy, when she pulled an oh honey no on Emilia’s original name, Theo. Really, Mom. And it’s not up for discussion.

But what will you call him for short?

— What does that matter, Mom? We’ll call him what we call him. Which, I thought, was a perfectly sensible response. After all, we couldn’t have guessed in advance that we’d refer to Emilia as Budge (my mother calls her Milly, Jasper calls her Maya, but she is and will always be, to her father and me, Budge or Budgie. And no, we do not know why. She just is Budge.) How could we know what we would call Jasper? That would sort itself out after he arrived.

The obvious diminutive form of Jasper is ‘Jas’ or ‘Jazz’ – ‘Per’ doesn’t quite roll off the tongue – and we certainly sometimes call him that, but more often than not we simply spin silly variations on any word – or, as the case may be, non-word – that begins with a J. This sometimes takes a turn for the bizarre, and, very occasionally, the inappropriate.

That last one caused a little confusion on a playdate the other week. Jasper was performing some of his usual acrobatics on a swingset and, in the process, ended up upside down in some sand, which prompted me to leap to my feet and yell something to the effect of oh, J-Man! Joey! My little Joo!

Which prompted my new friend to spin on the bench. Did you just call him your JEW?

At that moment I realized that, however irritated I had been by my mother’s early questions about Jasper’s name, she had been right about one thing: sometimes, the names don’t just sort themselves out. Sometimes, you have to give a little thought to what you’re going to holler across the playground. ‘Budge,’ Emilia’s nickname, has garnered some funny looks, but I doubt that it has caused anyone to question my politics, or my sanity. And when she’s sixteen and we’re still calling her that, she’ll roll her eyes at us and protest – just as I did when my mom called me Trinky in front of my friends (she still does this from time to time) – but it won’t really be all that embarrassing, and she’ll learn to appreciate it as the term of affection that it is. But Jasper, I am sure, is not going to want me shouting Jizzer! or Joo! at his football games or dance recitals. So. 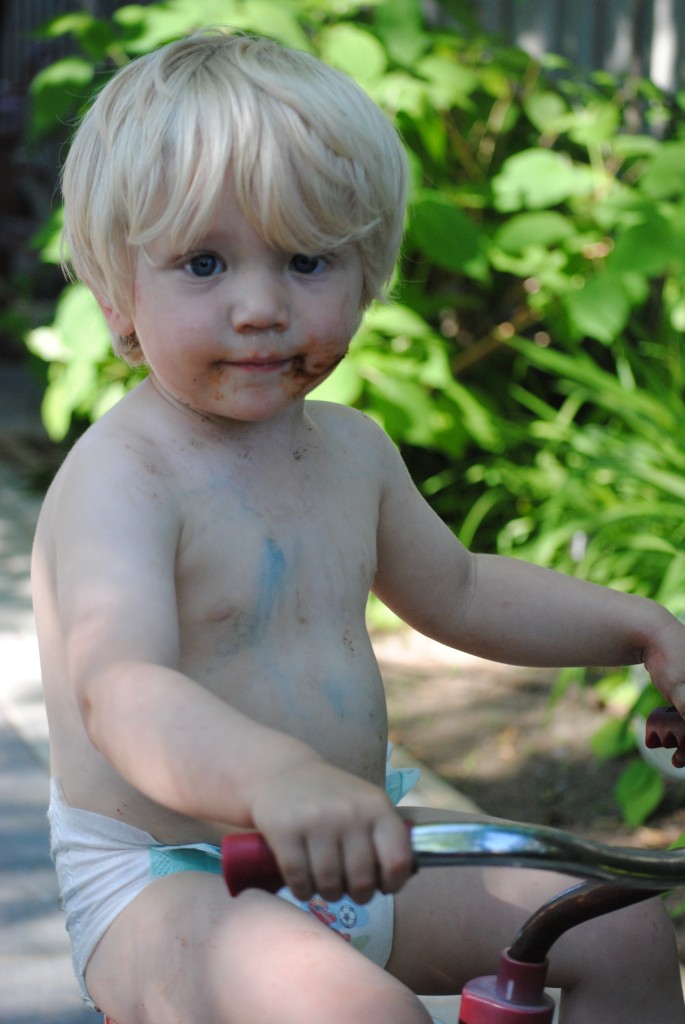 As I once said (and it seems such a very long time ago now), nicknames are special names, and they are always, by their very nature, “gibberish, gobbledygook, nonsense. Words that mean nothing, but which are nonetheless utterances of affection, expressions of love in our own private language.” All of the names that I, that we – my husband, Emilia and I – call Jasper are babbled utterances of love, and even though some of them lend themselves to misunderstanding, and all of them are nonsensical, and none of them have stuck, they are all exuberant expressions of how very much we love him, of how very, very, beyond-the-reach-of-ordinary-language special he is.

Still. We should probably restrict the use of Jazzer Arafat and JizzBomb to the yard.

You don’t need to tell me your nicknames for your kids, although I’d love it if you would. And, are there any names that you’ve had to restrict to private use? That the grandparents have looked at askance? That have caused funny reactions in the playground? Or am I the only one who should be consulting UrbanDictionary before I holler at my kid?

A Rose By Any Another Name… Well, Almost Any Other Name