A Hypothesis Is A Wish Your Brain Makes

‘Mommy, I have a hypothesis.’ 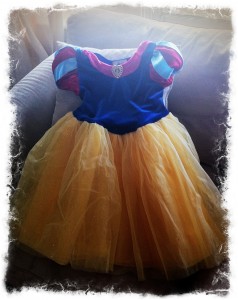 Emilia is on a science kick right now. ‘What kind of hypothesis, sweetie?’

‘My hypothesis is that Disney World is where dreams come true.’

‘I think it’s a true hypothesis because Tanner wished that we could go to Disney World together and have a family holiday there, and we’re going, and that was his wish.’

‘That is excellent science, sweetie.’

‘But we haven’t actually tested the hypothesis, Mommy, because we aren’t there yet.’ You will have to imagine her exasperated tone here. Clearly, I don’t understand science.

‘We won’t know that the hypothesis is true until we get there and actually see the wishes come true, Mommy. That’s science.’ I don’t know that she rolled her eyes at me at this point, because she turned on her heel and walked away, presumably to go put on her lab coat and record her observations about my dunder-headedness in her Mommy Doesn’t Know Very Much file.

Still. Rationalism, for the win.

We’re off to Disney World this week, thanks to Air Canada and Disney, for the everybody-all-together-spinning-in-teacups family vacation that Tanner has wanted so badly. To say that our hearts are very full would be an understatement. To say that the brains of some among us are also very full would just be to acknowledge that Emilia is incapable of undertaking any enterprise without interrogating it thoroughly.