This week is a difficult one for me. It’s a week that would be challenging anyway – the first full week in August after BlogHer is one in which I am always drained and exhausted – but this is the second year of it being especially challenging – or the third, although I usually don’t count the year that I privately refer to as Year Zero – because it’s been two years since the year that was the best BlogHer year that suddenly became the worst BlogHer year.

The summer of 2009 was the summer that Katie and I did that awesome cross-Canada road trip with GM before BlogHer, and the year of the first Sparklecorn party, for which Tracey and I plotted the first unicorn cake and the first BlogHer appearances by Twilight stars (cardboard, but still) and the first NPH posters, and it was also the year that I did the Community Keynote, during which I sobbed my heart out and made a weepy ass of myself onstage in front of a bajillion women, but which was nonetheless wonderful in an emotionally cathartic kind of way. But it was also the summer that my dad died, the summer that I came home from BlogHer and found out that sometime during those few days, during the unicorns and the sparkle and the emotional catharsis, he’d died, alone.

And then the rest of the summer was all sadness, sadness such as I’d never known, and dark.

And so it’s been, in both of the summers since, that the first week of August, the week of BlogHer, and after, has felt like it marks a transition from light to dark, from sunlight to shadow, from happy to sad. Last year was complicated, of course, because BlogHer itself was complicated, what with the drama around Tanner, but even that – with its moments of heartbursting joy and its stretches of gutwrenching sad – just seemed to confirm what I was already prepared to assume: that this time of year, for me, will always see my heart drop, just at the moment that it is lifted highest.

This year, there are no obvious triggers for heartbreak – on the contrary, this year August marks a transition into some exciting life changes – but the shadows are there, gathered, lurking, and I’m caught between wanting to just linger with them, and acknowledge their presence and their force, and wanting to deny them, to insist upon looking forward and seeing only light.

But I mightn’t appreciate that light so well, if I force myself to forget, to unsee the dark. So I’ll walk in the in-between for a day or two, and work to keep my balance. 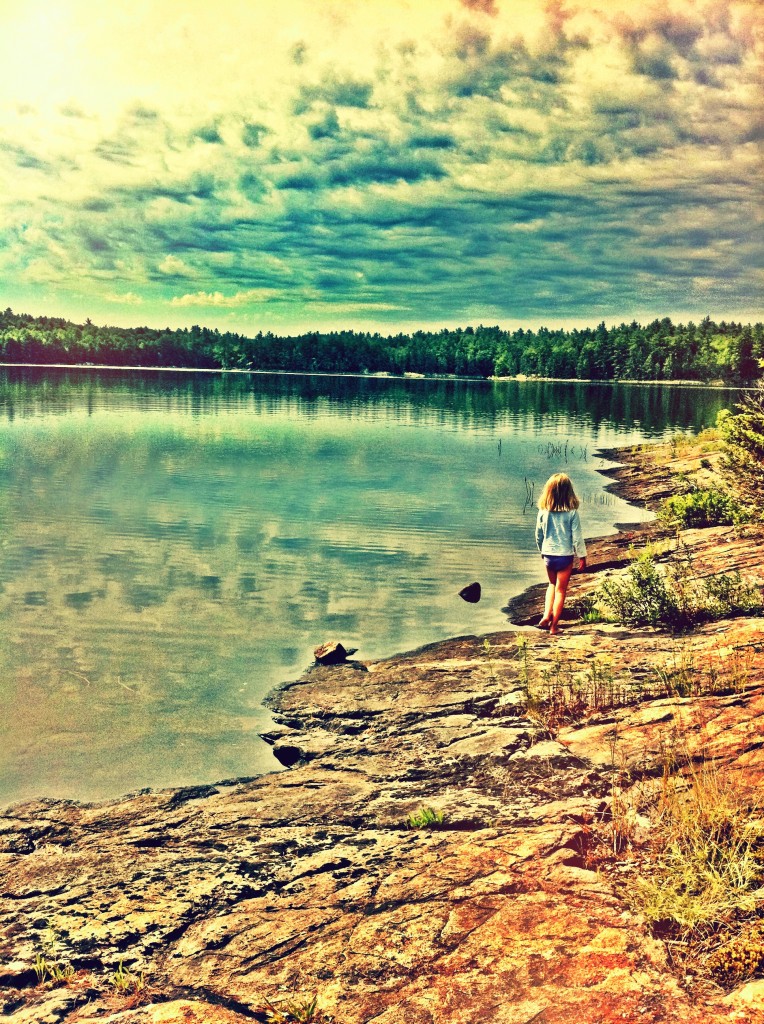