When I was six years old, my family home caught fire. We escaped out an upstairs window, climbing onto the sundeck and then dropping what seemed an interminable distance to the ground below where people wrapped us in blankets. There were firemen there, and firetrucks, and lots of people standing, in their nightclothes, at the end of our driveway. I remember all of that – the people and the flames and the sirens and the drama – but mostly I remember my mom standing in our neighbors’ flowerbed in her nightgown, crying.

It was her crying that scared me most of all.

Here’s the thing about seeing your parents in pain – the thing that caused me to hide from my own children my tears about the Hurricane Sandy damage to our Catskills property – it reminds you (or, if you haven’t yet had this lesson: it teaches you) that there are some things that your parents can’t make okay. There are some hurts so deep, some fears so scary, that they freak out even your mom or your dad, and your mom and your dad are not supposed to get freaked out. The world is safe and the world is good and monsters stay in the closet precisely because your mom and your dad and all the grown ups are pretty cool with it all. They don’t need to leave all the lights on at night, and they don’t burst into tears in the middle of the day. Until they do, and then you’re forced to confront the truth: some stuff is just bad. Some stuff can’t be kissed or soothed or night-lighted away.

That’s why I didn’t want my kids to see me cry when we went up to our house this past weekend, to assess the damage ourselves for the first time. Kyle knew it was bad. I knew it was bad. My kids had no idea it was bad, and I wanted it to stay that way. They could smell the damp and see the wet and there it all was, as Kyle moved and cleared and hoisted and lifted and drained and dried, all of our stuff, all of our ruined stuff, but they don’t know from mold and water damage. They don’t know about all the boxes of papers and pictures and heirlooms and memories, or, to the extent that they do, they don’t know these things to be precious, and they don’t know them to be vulnerable to water. All they saw was a mess. They didn’t know that that mess was a bad mess, a hurting mess. It was just the biggest mess that they’d ever seen, and messes, I have always taught them, can always been cleaned up. So the Great Big Jumbled Mess in our yard wasn’t threatening or sad-making, it was just, you know, kind of interesting (‘Daddy, what’s a record?‘) until Jasper found his Iron Man mask and that became more interesting. If they had seen me cry, if they had seen me disappear across the yard to a sunny – dry! – corner to sob, they would have known. I didn’t want them to know. 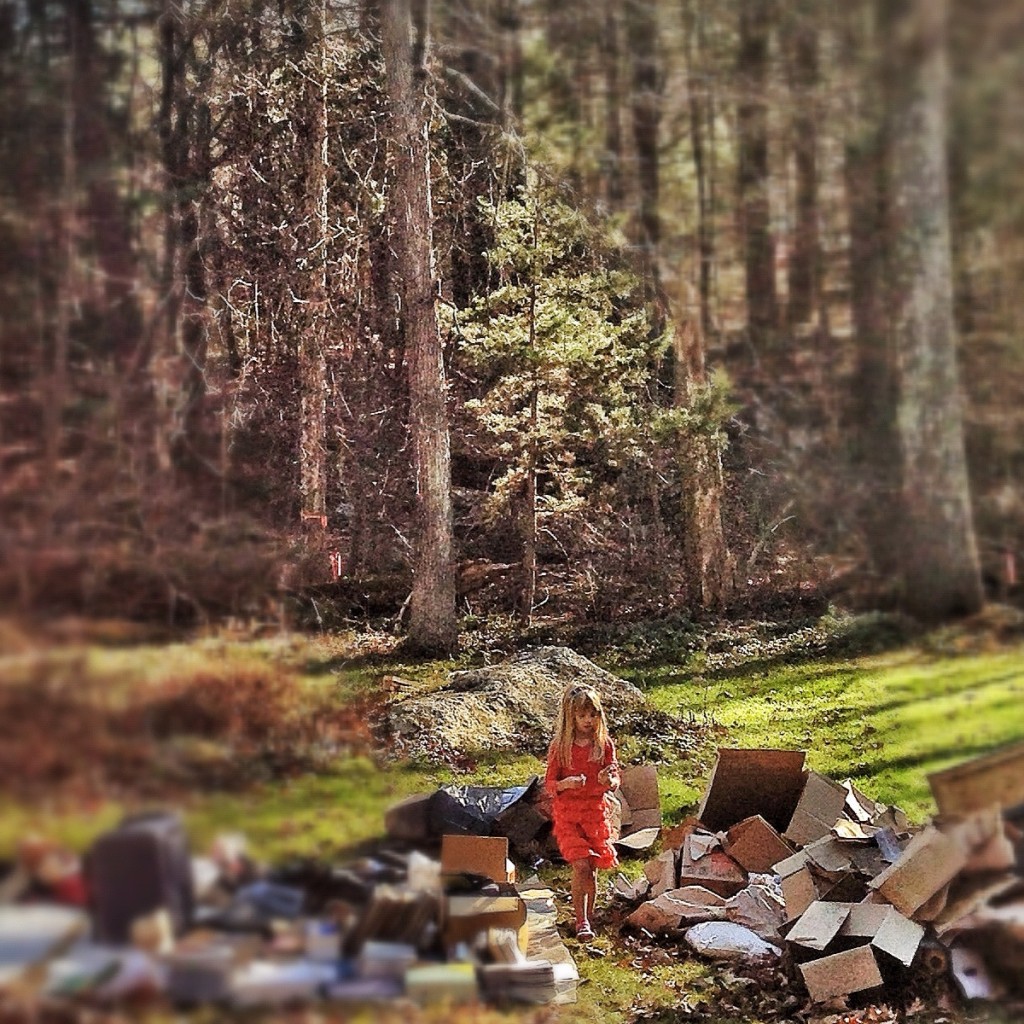 Which is wrong, maybe. A few people on Twitter – because, yes, I was tweeting; of course I was tweeting – said that it was probably good for the kids to see me cry. So that they would know that it’s okay to cry in moments like these. So that they could comfort me. So that we could share this experience in all of its emotional messiness, together. But for better or for worse, I didn’t want that. I didn’t want to pull them into my experience. I wanted them to pull me into theirs.

It was the hat that did me in. One of my dad’s hats; an Aussie-style oilskin bush hat that he loved, a hat that I pulled immediately from the mass of his belongings when he died and squirreled away to keep, a hat that I have been known to pull from the shelf and put my nose to and just inhale of, deeply, because it still smells like him, or at least I imagine that it does. Imagined, that is. Past tense. His hat was in a box in the house, because everything was in a box in the house, because we had only just moved all of our belongings from Canada to that house, and also most of our belongings from New York City, because we just moved apartments, in the days just before the hurricane, and I’d insisted that we just bring most of our stuff to the country, all the papers and the photos and the memories, so that we could be really scaled-back in the city, in our glass condo in Brooklyn. All of which is to say, everything was in the house near the Delaware, everything, including Dad’s hat. Which was the second or third thing that I saw, when I went in to look. On the floor, in an oily puddle, mangled and misshapen and already speckled with mold. And it felt like I’d lost him all over again.

That was when I cried. That was when I left the house and walked up the drive and almost to the edge of the property, to a spot near the stone wall, a really, dry, sunny spot, where I sat with my back to everything, and cried.

Of all the things that we lost – and we lost a lot – the hat was the thing that got to me. There’s a part of me that believes that I’d handle the rest of the loss with grace, if only I could have that hat back. This is probably not true, because we lost a lot of stuff, but still. I tell myself this, because it seems like so little to ask. Just that hat, God. Just that hat.

It was only a hat. And it was only stuff. And we still have a bright, dry – unheated, but whatever – space to live in in the city. Many people lost so much more. Some people lost their homes entirely. Some people lost their lives. The story of that mom on Staten Island whose boys were swept from her arms by the floodwaters… that’s a deep and abiding loss. That’s a loss to make you lose your faith. My loss is not that, not by far. But loss and hurt do not admit of comparison, not in the moment, when you’re feeling them. Hurt is hurt. I’m keenly, keenly aware that we are among the lucky ones. I’m keenly aware that I am privileged. I didn’t need someone on Twitter to remind me – and someone on Twitter always does, as the Internet always does, as the Internet did when my dad died and did again this weekend when I posted, simply, that I was having trouble keeping my tears from my kids – that I am privileged, and that some people had it worse, and who am I to shed tears over this stuff? I know that this is just about stuff. God, you don’t think I know that? I know.

If only pain were relative; if only. So many terrible things happen in this world; if the net emotional and physical impact of my hurts were distributed according to their weight on a World-Historical Bad Pain Scale, they would barely register. But there is no such scale, and my hurts hurt relative only to the resiliency of my heart, which itself is relative to such uncertain things as the feel of the wind on my cheek and the precise degree of the upward tilt of my daughter’s smile. So. Please don’t tell me how to hurt, and I won’t tell you.

And maybe we can just circle arms or something, and comfort each other, and empower each other to comfort others, and focus on how we can make each other feel better, coming out of the storm, how we can help each other find the light. Because there is, always, a storm to come out of, and sometimes the most important thing to do after the storm is to look to the sunlight.

Because there is, always, sunlight. 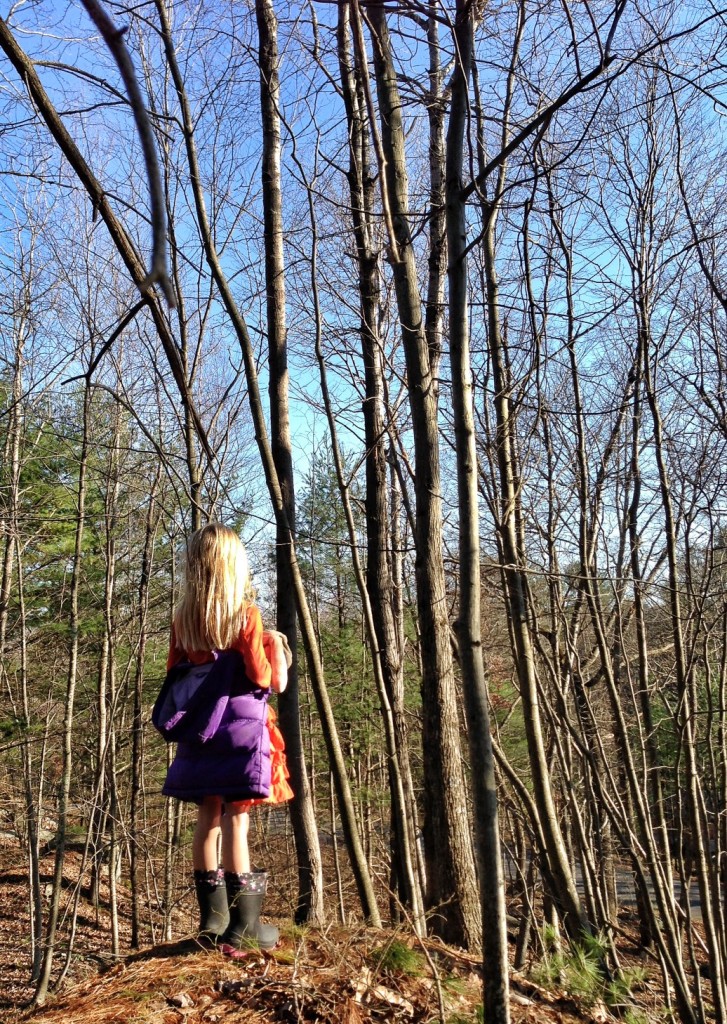 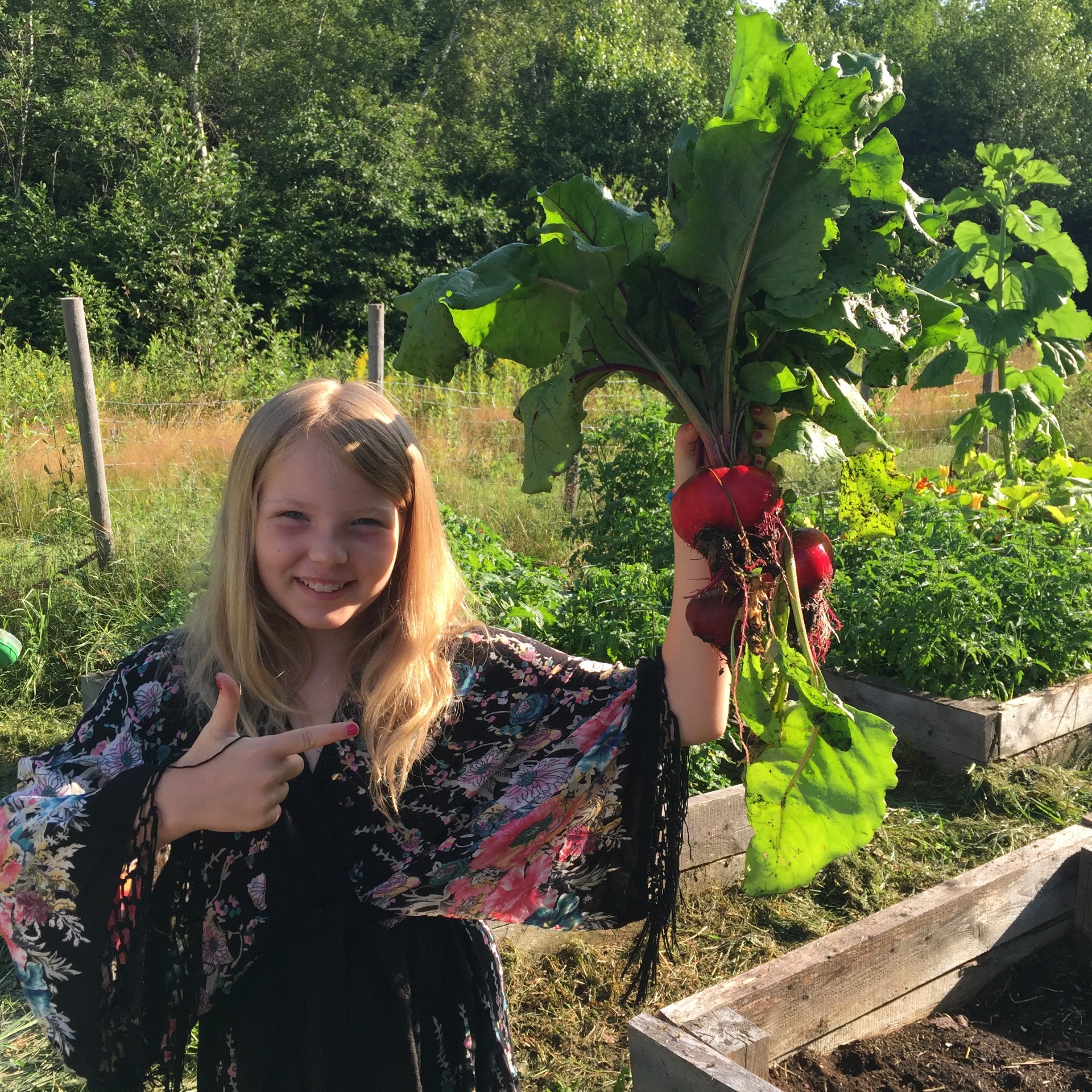 Connecting In The Garden