It was mid-morning yesterday when I realized that Georgie was dying.

She’d been under the weather for a few days. She’d stopped eating. Kyle took her to the vet on Friday and spent a stupid amount of money for them to poke and prod and test and x-ray and administer antibiotics and appetite stimulants. They couldn’t tell what was wrong. Maybe the radiologist would have more insight on Monday. Maybe the antibiotics would help and she’d just get better on her own. Maybe.

She didn’t. That night she slept with me, as she always does (did), curled into my arm. But she was restless and uncomfortable and kept shifting position throughout the night – settling down and curling up, then standing and circling and settling down in a slightly different position, a little closer to me, her head a little further onto my arm, over and over, through the night. I didn’t sleep, locked as I was in one position, wanting her to find exactly the right place, exactly the right spot of comfort. I didn’t think then, she’s dying.

She didn’t sleep with me the next night. By Sunday morning we’d taken to her to the pet emergency, only to bring her right back home after a fruitless exam. I didn’t want to leave her there, Kyle said. He didn’t say, in case she dies. But it was there in the room with us. In case she dies.

Two years ago, she got sick, and we thought she might die. I lay next her to then, too, and asked her to not die. Please stay, I said then. Please stay.

I didn’t say that this time. I said, it’s okay, baby girl and thank you. I said, I love you. I love you.

She was almost seventeen. A long life, for a cat. A lifetime. When Kyle brought her home all those years ago she was so small that she fit in his hand. So small, and yet, even then, she held herself in perfect form, her head held high, her tail curled around her front paws, her deep blue eyes placid and intelligent and possessing lifetimes of mystery. Georgie, we called her. Georgie girl. She was a good girl, the best girl. 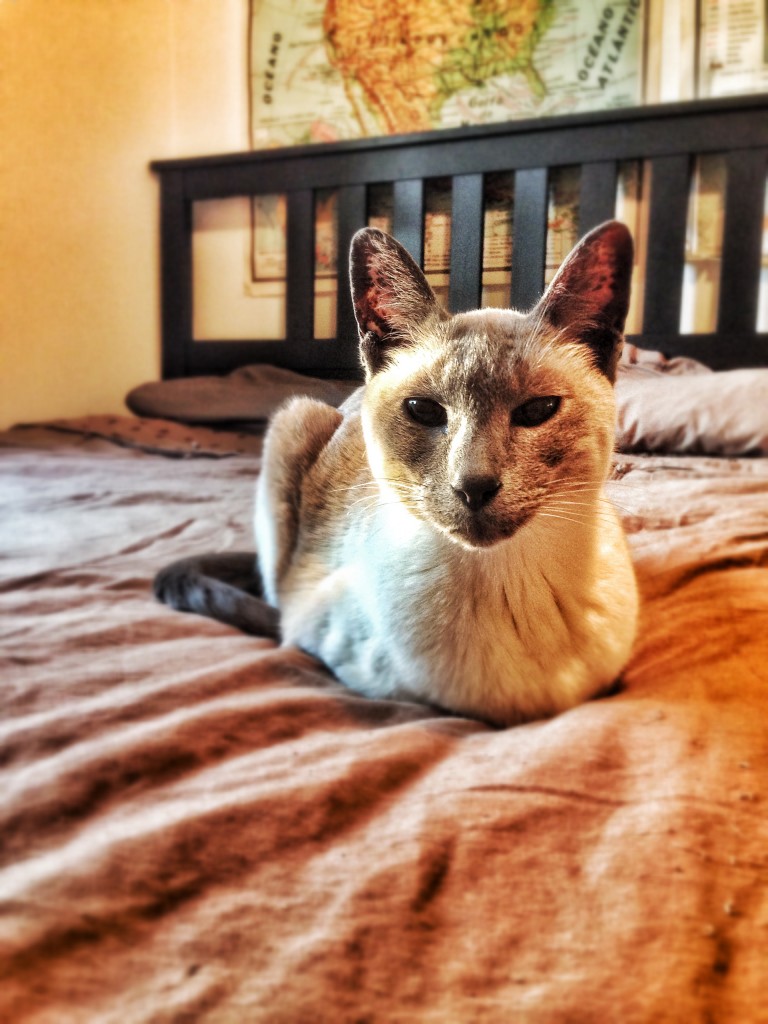 She was there when Emilia was born, and later Jasper. She guarded their cribs and tended their schedules. If they were late to bed or late to rise, she paced and yowled; if they woke in the night, she knew before we did. She hated when voices were raised, theirs or ours. We always knew when feelings were running too high or conversations were getting too tense, because Georgie would tell us. Stop it, she’d say, in perfect high-pitched Siamese. Stop it right now.

They say that this is why losing a pet is hard: our pets are so much a fixture of our everyday, they are so much a part of our daily routine, they follow us through the the drudgery and the minutiae and are there with us for all of the insignificant moments of our lives, all of the nothing moments that add up to everything. Meowing for breakfast, circling your feet while you brush your teeth, following you while you move from room to room, curling on your lap while you read or study or write or watch television, upsetting your laundry pile, sitting on your computer. Their loss represents an unraveling of a million tiny threads that, once loose, undo an entire tapestry. 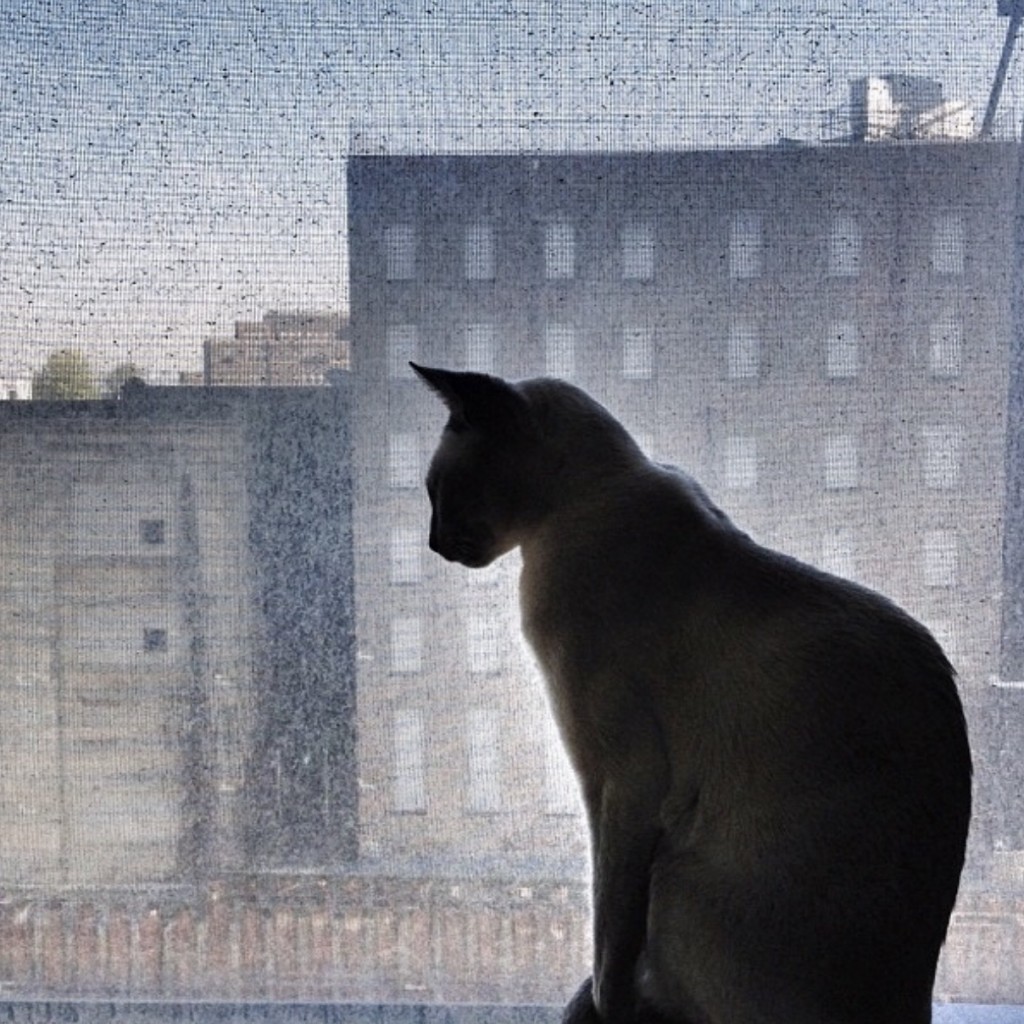 She was ours for seventeen years. I don’t know how many pats and snuggles and lap-naps and head-nuzzles that amounts to. Millions. (Infinity, Jasper said. I counted mine.) I do know that she lived with us in three different cities in two different countries. She was with me through two degrees, one set of comprehensive exams, two babies, four house purchases, three house sales. I know some of the numbers and all of the geography (cities, mountains, forest, desert). None of it matters now, because she’s gone, and the only thing that I know is that she’s not in her favorite spot on the shelf by my desk, where she sat every day while I worked. I wrapped her body in her favorite blanket after she died, the blanket that she curled up on every day, so the blanket is gone, too. The space is empty and I don’t know if I’ll ever be able to bear putting anything there ever again.

I didn’t want to let her go. I held her very close. We called the kids in to say goodbye; she was still warm and soft and they cuddled her and cried, we all cried, we all cried and I told them that we were very lucky to get to say goodbye, that we were very lucky to have had her, and she us. They wanted to know where she’d gone; I said she was with Grandpa, and Sam, her uncle, the Siamese that had died long before they were born. And she’s here, I said. In our hearts.

I took her outside to her favorite spot, the spot just outside the front door where we let her go sometimes, on rare excursions out of doors. It’s an odd gap between two hedges, a little patch of dirt in a stretch of garden filled with flowers, where the sun hits almost all day. She loved to sit there, in her sunbeam, and so I took her there, and I squeezed myself in between the hedges, behind the patch of flowers and sat with her there, in the sun, letting it warm her, letting it cover her in light. And Jasper picked a yellow flower and gave it to me to put on her, and so did Emilia, and we cried and we cried and we cried.

Kyle found a basket to serve as a resting bed; all that remained was for me to lay her down, and cover her with her blanket. I did not want to. Letting go of her body was almost harder than letting go of her soul. Letting go of her soul, I knew, was setting it free. It was letting it loose, so that it could take flight and dwell in the invisible, in the light and the sky and the heavens and in infinity and in our hearts. Letting go of her body was saying goodbye to the worldly part of her that we’d never get back. It’s just her shell now, I told the kids, but I didn’t quite believe it. As long as I was holding her, I had her. I didn’t have to worry about forgetting. She was still so soft. This is what it used to feel like to hold her. I would never hold her again.

But I couldn’t keep holding her. She was getting heavy. I didn’t want to fix in my mind or my heart the memory of the heaviness of her. I put her in her basket and tucked her blanket up under her chin and placed a few more flowers around her and then carried her to the car. I let the kids say goodbye one more time, and then put her in the back seat. Bye, baby, I said, and kissed her head. I shut the door. And then opened it again, desperate. One more goodbye. Bye-bye baby, I cried. Bye-bye.

And that was that. Kyle took her to where they will turn her body to ash, to give back to us in a tiny urn. (They do paw prints, he said, is that morbid? Yes, I said, but have them do it anyway.) The kids and I sat and cried for a long time. Then I called my mom and cried some more. I’m still crying. She’s gone now, our Georgie girl, and I will cry for a long time. 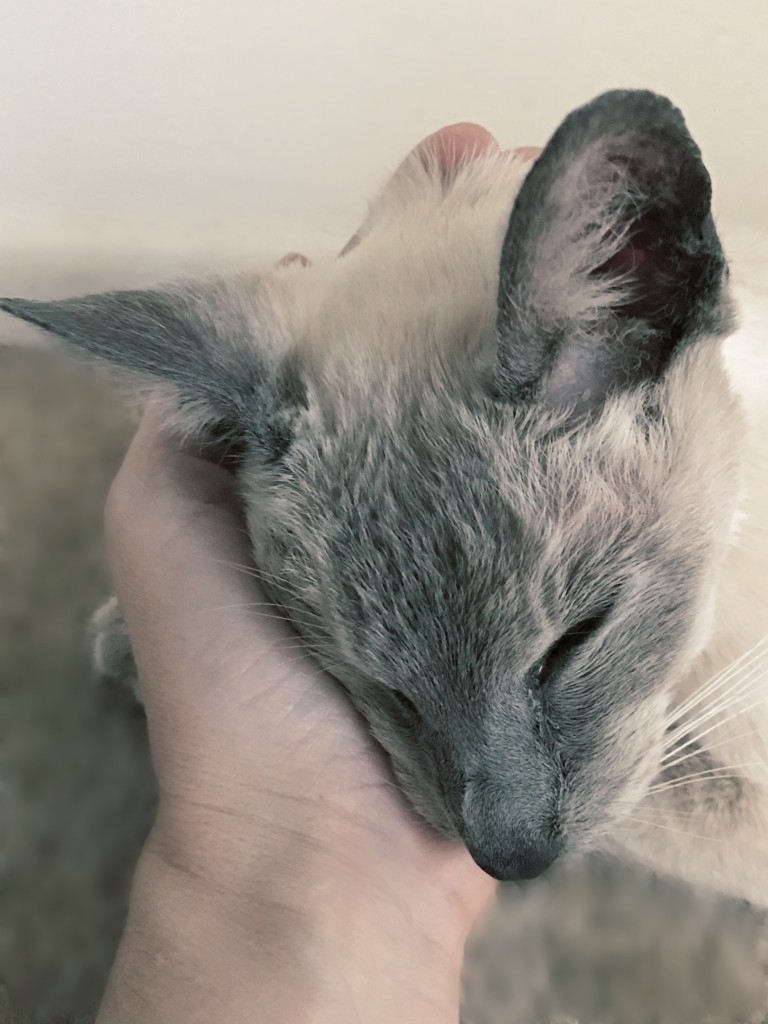 I am trying to hold this grief in my hands, and cherish it. That is why I am writing this all down. I am trying to hold her death close to my heart. It’s tempting, with grief and with pain and with any hard feeling, to want to will it away. It’s tempting to want to forget. It’s tempting, with a death like this, the death of a pet, to hide it away and say sober-minded things about the circle of life, that this is the bargain with pets, that you know you will outlive them, that this is what you signed up for. I could write, Five Things the Death of our Cat Taught my Children, and process this as service content. Lessons learned, wisdom gained.

But there is no wisdom in loss. There are just feelings. It’s just life.

Here is the gift that Georgie gave me, when she died in my arms: she let me know how it feels to dwell in the unbearable, incomparable moment of goodbye. How it feels to say a final goodbye – to cry it out against a chorus of tears – and how it feels to hang on and then let go. I did not have that with my father, or with Sam. I will likely not have that with Tanner. My children may not have it with me. Death can come quietly and quickly; it can come slowly and sneakily. It can happen when you’re not looking, or when you’re far away. Or it can walk right up to you and say, hey now, we’re going, say your goodbyes. I got to say goodbye to George. It was like ripping my heart out of my chest and setting it on fire. It was like sticks and rocks and punches that leave permanent bruises on the soul. It hurt just as much as you can imagine, maybe more. But I wouldn’t trade it for anything.

I had her for seventeen years; a lifetime, literally and figuratively. And then I said goodbye. I did not lose her. I said goodbye, and then she left me. Her body grew cold in my arms and I don’t want to forget a second of it because the gift of her goodbye resides in that terrible, beautiful finality. In the holding on and the letting go, and in feeling how impossibly hard and impossibly necessary that is. In knowing that it’s both incomparably special and utterly ordinary.

In knowing that it’s just life. That it’s what makes life life, shatteringly beautiful and rich and painful beyond imagining.

So if you were to have seen me yesterday, know this: you wouldn’t have seen a crying woman in pajama pants, clutching a dead cat in a worn blanket, sitting in a trampled bed of bright yellow flowers. You would have just seen me, with my heart in my arms, swaying to the tune of mortality, singing a lullaby of goodbye in the bright livegiving beams of the sun. 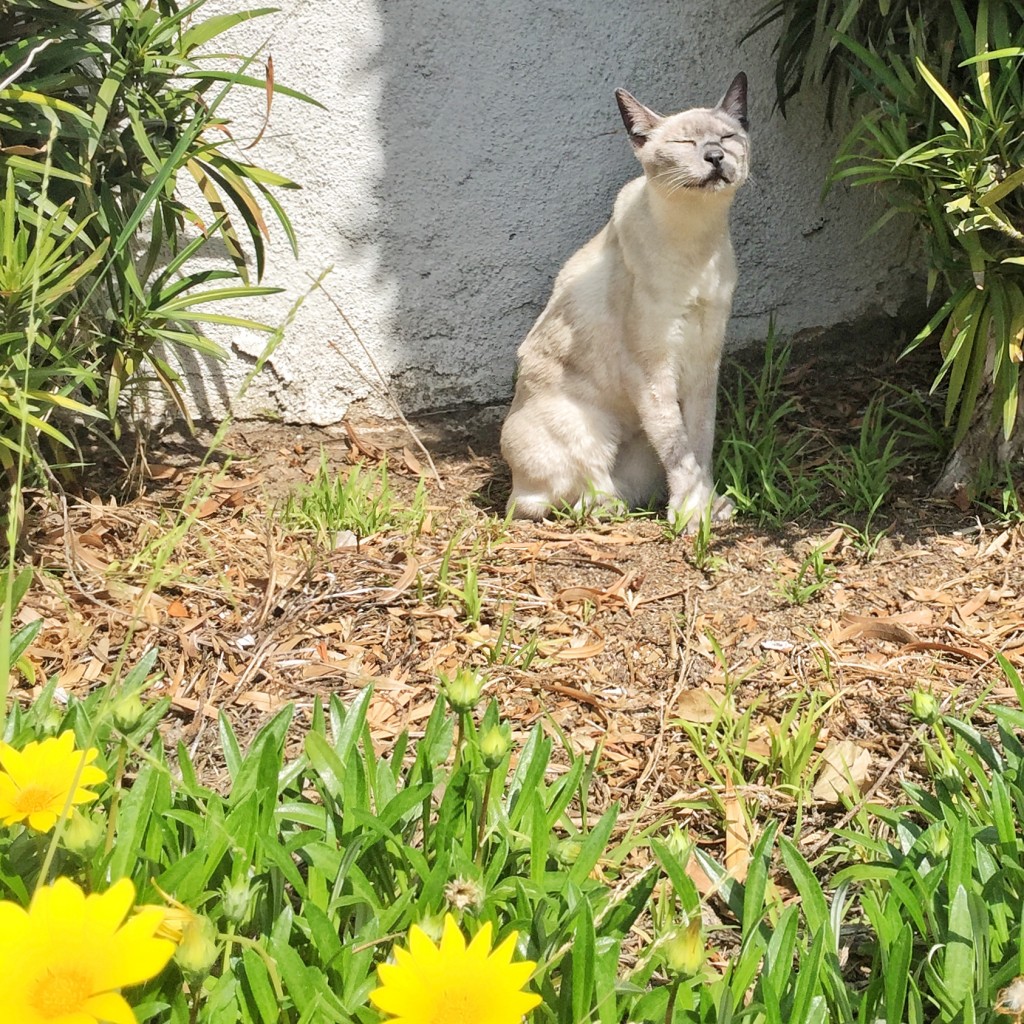