I like to think that I’m the sort of person who doesn’t take things for granted. I know how fortunate I am to have the life that I have; I know, too, that the terms and conditions of that life include no guarantees against frustration and sadness and pain and loss. I know, even the most difficult moments, that I have much to be grateful for, that I lead a life that is, for the most part, what the old philosophers might have called choiceworthy. I know that it is choice, largely, that defines my fortune and privilege: I am fortunate enough and privileged enough to be able to choose, to some not insignificant degree, my path and all of its little detours, to choose my pace and my direction, to choose to linger over or to pass by the myriad distractions of life, to gaze into the gloom or to seek out the sunlight. I am lucky, I know this.

It is also a characteristic of this good fortune, this privilege, that I am vulnerable to frustration and sadness (and, possibly, to depression; I’ll reflect upon this further someday) when I am forced to confront my limitations, when I look down this path or the other and see no way around a certain obstacle – some figurative bog or rock or troll-ridden bridge – and have to stop, give up, go a different way. That’s the very definition of privilege, I think – the luxury of getting pissy about being thwarted. Not that those who are less privilege don’t get frustrated at the obstacles that they are forced to confront – it’s just that, I think, the fortunate are more likely to put their hands on their hips and stamp their feet and say that shouldn’t be there, how dare that be there? and collapse to the ground in a resentful huff.

Or something like that. All I know is, the tenor of my upset at certain obstacles and injustices in life sometimes takes on a sort of whiny, fists-brandished-at-the-sky quality: I can’t save Tanner’s life; what good am I? I can’t explain what is happening to him to my children; am I a failure? I can’t get over my dad’s death; why can’t I cope? Lo, I have suffered from depression; why me? I am special, my loved ones are special, why does that not inoculate us against bad things? Why must WE suffer pain? Why can’t I stop it? I should be able to stop it! I AM THE HEROINE OF THIS STORY, DAMMIT. WHY CAN I NOT SAVE THE DAY?

I take for granted the idea of my specialness; I take for granted my privilege, in the sense that I have this deep-seated – if entirely irrational – belief that it should keep me and my loved ones safe from suffering, and that if it doesn’t, that it should at least provide me with the weapons to fight whatever it is that is causing suffering. I am who I am and I should never be without resources. I expect that. It is my right.

Except that it isn’t. I am only human, all-too human, and I am as vulnerable to suffering and to the things that cause suffering as is any other human, and the idea that I should, because I am the heroine in the drama that is my so-called life, be able to ensure happy endings for myself and the characters that surround me (except for that guy over there, the one who is cracking wise and clearly a minor character and therefore likely to be eaten by aliens by the third act) is egotistical and absurd. But it has settled into the subtext of the narratives that I weave and fold, and it asserts itself when the threads fray or the knots unravel or I just plain fumble the loom. And it’s discomfiting, to see it there. It is.

I struggle with this. I’ve struggled with it a lot around Tanner, because it just seems so impossibly unfair that for all that I’ve been able to do, I’m not able to actually save him. Which is so self-centred that it’s almost offensive – that I should be the savior, that it’s somehow my job, my role – but there it is. I actually have to wrench myself, psychically, in some moments, to remind myself of how amazing and wonderful it is that this community came together to support me in my effort to do something to make what remains of his life happy and comfortable and we did it, we did it, and I can do it, and it will be done, because it is amazing and wonderful, it is so amazing and wonderful, even though it is not the most wished for thing – the impossible thing – the thing that we most want, to save his life.

Such a funny idea, the idea of saving, of being a savior, of being someone who saves, of being someone who can be relied upon to save, of wanting to be that someone. Such a selfless idea, it seems, and yet so selfish when you look at it really closely. Nietzsche would say, did say, that it is such a Christian idea, and he meant it in the worst way, but there’s something to the criticism that the act of saving or the desire to save are not as purely selfless as they seem. I know this. I know this because I feel it. I know that there is an undercurrent there, one that pulls, one that whispers, it should be you, it has to be you, no-one else can do this, no-one else but you.

Such was the current that led Buffy the Vampire Slayer to leap into the abyss that one time, those many times, to save her friends, her family, her sister, the world. She Saved The World, A Lot. Don’t we all want to be Buffy, in some way? Be the person who saves the world? And is that really so wrong? Where would we be, if there weren’t always someone, if there weren’t always a lot of someones, whispering to themselves in the dark, if not me, who? If not now, when? 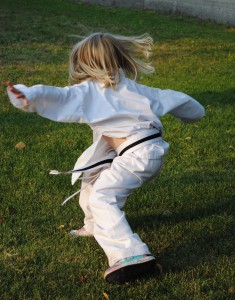 We wouldn’t be anywhere good, I don’t think. Which is why I’m sucking up my anxieties about my privilege and about heroine complexes and savior impulses and all those things which, really, are not the worst things. Wringing one’s hands about the psychology of one’s desire to help and the politics of one’s ability to help and the condition of liberal post-modernity that nurtures guilt about helping just gets in the way of actually helping. Which is not to say that I shouldn’t continue to reflect upon all of this. It’s just to say that I shouldn’t let it prevent me from trying to make a difference, whenever and however I can.

After all, according to the famous thesis, philosophers – and theologians and moralists and nihilists and idealogues and critics and hand-wringers of all varieties – have only interpreted the world in various ways. The point, however, is to change it.

I hope that you’ll help me with the moms and babies, just as you did – as you do – with Tanner. It requires so little – just a signature. And if you’re into it – if you, like me, have a predilection for leaping into the abyss when you think that it might make a difference – you could really take a running leap and see if you might get yourself to Africa with me. That’d be something.

I’m closing comments. In part because I want you to just go read about Africa and be inspired to do something about it, and in part because I’m still struggling with the yuck of having Tutus For Tanner snarked at the other week. So.