We spent a lot of time, last week, talking about science. Which is maybe not what you would expect children to talk about during a week at Disney World, but there it is. Much of the initial discussion was provoked, of course, by Emilia’s very interesting hypothesis concerning the function and character of wishes in the Disney universe – a hypothesis that Tanner appreciated deeply, but that he felt raised further questions about wishes and about the nature of all things existing within that universe. Would all wishes come true at Disney World? A quick test – a declared wish to have ice cream for all meals – quickly confirmed that hypothesis false. And if that hypothesis was false, what did that mean for other Disney hypotheses?

Emilia agreed with him and took his line of questioning even further: if certain other Disney hypotheses were false, how might we distinguish between the false hypotheses and the unverifiable ones (or in Emilia’s language: ‘the ones that aren’t true and the ones we can’t know’)? And further to that: were pixies real? Could mice and ducks really talk? If they did talk shouldn’t we be able to hear them and ask them questions? Is that house really haunted? Do ghosts really sing? Why are dolphins? These were difficult questions that demanded answers.

Is that a real castle?

Is that really Cinderella, or just a lady dressed up to look like her?

Is the Epcot ball really a spaceship?

If I wish for a Mickey car, will I get one, and can I drive it at home?

Are mermaids real? Can they really get legs if they make a wish, or is that wish like an ice cream wish, where they can be told no?

If we wish to come back here, can we?

I had answers for all of those questions, except for the last.

Questions about what’s real and what’s not real are easy to answer: you just go postmodernist – children are the perfect audience for lectures on postmodernism – and introduce the problem of figuring out the nature of reality and the importance of interrogating claims of objective truth. How do we know that something is real or not real? What is truth? If we believe that castle to be real, and if we declare that castle to be real, who is to say that it’s not real? If somebody insists that that statement – that Cinderella’s castle at Disney World is a real castle – is not true, can we not question their understanding and use of the term ‘true’? And is Disney World not, in fact, the perfect place to fully explore Marx’s claim that in the condition of late capitalism ‘all that is solid melts into air’? Or at least consider how that statement pertains to the ghosts in the Haunted Mansion?

The nature of truth and reality is easy to discuss. The science and economy of wishes, however, not so much. Because although some wishes can be fulfilled – our family trip to Disney World was a wish fulfilled – many wishes and dreams simply can’t be made to come true, no matter how cleverly we finesse questions concerning the nature of truth. Most wishes and dreams, maybe, and most for reasons that range from dull to sharply painful: we’d get sick if we ate ice cream for every meal; there are laws against children driving cars; we can’t afford to do another trip like this, or any trip, really, not in the time that Tanner has left. And the reality – a reality as real as real can be, no matter how many poststructuralist interrogations one lobs at it – of impossible wishes is a harsh one, a cold one, one that one usually wishes – ha! – to avoid having to confront with one’s children. Well, maybe the impossibility of unlimited ice cream and kindergarteners with driving privileges aren’t so difficult – I fully intend to leave driving wishes unfulfilled as long as I possibly can – but the impossibility of other kinds of wishes – can we come back here together, can we see each other again soon and do more magical things, can we do this again, can we do this again and again and again? – are difficult to confront. In our case, especially, because the limitations on the possibility of those wishes are due, in large part, to the reality – again, an undeniable reality – of Tanner’s condition. To the reality of the limitations on time.

A lesson that we all learned on this trip – one among many, but probably the most important – was that the limited probability of fulfilled wishes is precisely what makes them fascinating, and precious. Like talking mice and aggressively social ducks and haunted houses and visits with princesses and pixies and mermaids, fulfilled wishes are only a sometime thing and usually occur only under certain very specific and, more often than not, magical conditions. It’s the very fact – yes, fact – wishes don’t submit to poststructuralist interrogations of the scientific binary – that wishes are rare that makes them special. And it’s why when you are lucky enough to find yourself in the middle of a fulfilled wish that you must take the time to really consider it closely and to ask it all sorts of questions and to think about it and to talk about it and to take notes – literally or figuratively – so that you can always remember it and so that you can file it in your Big Scientific File Of Things That Are Rare And Wonderful And Difficult To Explain. And so that you can enjoy it, of course. We learned that this week, too: that with anything that is Rare And Wonderful And Difficult To Explain, you sometimes need to set aside the questions and just experience it and be joyful. Because joy is beyond science.

Because joy is magic. 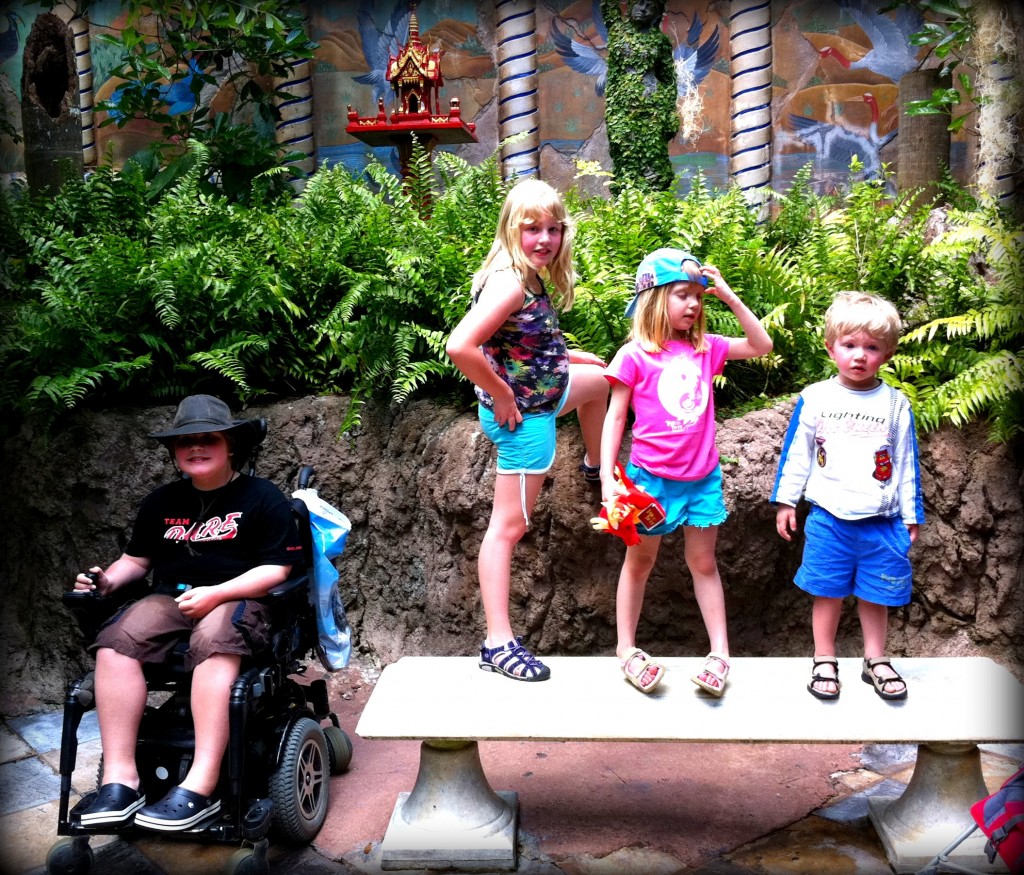