For New Year’s this year, I made the usual kinds of resolutions that everybody makes. Eat healthier. Find more time for myself. Get more exercise. Buy fewer shoes. I don’t know whether I’ll follow through on them, but that’s not really the point, is it? New Year’s resolutions are aspirational. They’re not really meant to form the basis of a life plan for the upcoming year, regardless of what O Magazine tells you.

That said, I did make some resolutions that intend to keep. These were mostly tech-related resolutions, which I suppose tells you something about my priorities. Still, they are resolutions, and, I think, meaningful ones. Sort of:

1.) Take more photographs. This is a giveaway, in a way, because I already take a gajillion photos, weekly. So I should clarify: I resolve to take more photos, more intentionally, and in a more diverse range of formats. This year, I’ve been using my iPhone camera, and taking candid shots with it, almost exclusively. I intend to continue doing this – I love my iPhoneography – but I also want to get back to using my DSLR more frequently, and to being more intentional about setting up certain kinds of shots, like portraits and still life. I get awesome pictures of my kids with the iPhone, and do cool things with those photos in camera+, but when I looked back, recently, at some of the portrait-style photos I’ve done of them in the past, with my Nikon, I realized that I was missing some great images. So. MORE NIKON IN 2012!

2.) Encourage my husband to further his relationship with his Canon, and stand back and let him be the Official Family Photographer more often. He’s good with that camera, and he has a different eye than I do, and the resulting pictures are great. And sometimes those pictures even include me, which is kind of radical, and also disconcerting (is my hair really that pale? Why do I keep that white t-shirt that gapes at the arms? WHERE IS MY STYLIST?)

3.) Print more photos, and put them into photo albums. Or maybe even scrapbooks, if I feel super daring this year. Because here’s the thing that I realized late last year: regardless of how organized I think that I am in maintaining my digital albums, and regardless of how secure and permanent the so-called ‘cloud’ is, it remains, for now, that a) I am terrible at keeping track of my hundreds of thousands of digital images, and b) if anything happened to them – a toddler smashes a laptop, say (which has already happened, and rendered irretrievable some hundred of photos that I took in Lesotho), or the cloud implodes because our cyborg overlords deem it a threat – I would lose a treasure trove of memories. Yes, I know that the most important memories are those that I hold in my heart, but my heart sometimes loses its power of recall, and in any case I want solid evidence of my daughter’s attachment to a phallic lovey to produce at her wedding. 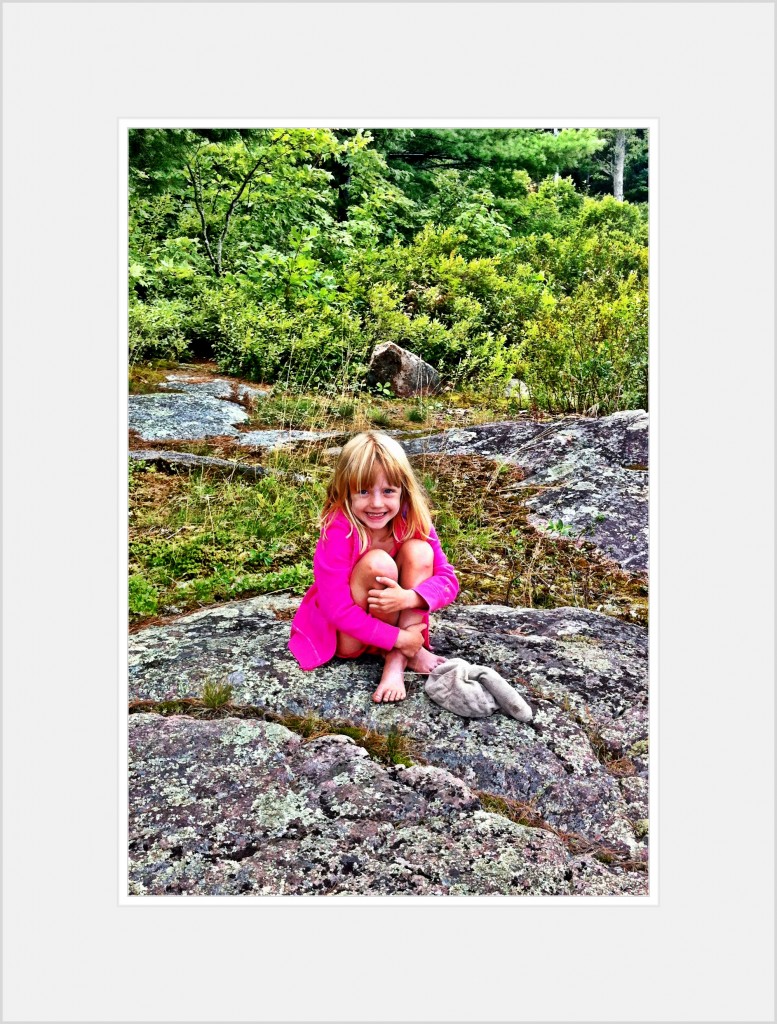 4.) Take more video, and get better at taking video. I keep missing moments where Jasper punches the bejeezus out of a balloon, or where Emilia stages a interpretive dance performance to Lady Gaga’s Alejandro – or, if I don’t miss the moment, I only capture it inexpertly, or fail to edit it properly. I need to do better with video, because, seriously, now that we have YouTube TV accessible on our flatscreen, I want to relive those moments in all of their hi-def glory.

5.) Get onboard with Pinterest. I love the idea of Pinterest. I just haven’t had the time to figure out how to use it, or, you know, just use it. I want to make time, because, seriously, it looks like fun.

6.) Continue not getting onboard with Google+. Unless someone can convince me otherwise. Seriously, I just don’t get Google+. Aren’t Facebook and Twitter enough? I have social networking limits, you know.

7.) Really, seriously, stay committed to not overburdening myself with social networking applications and groups and circles and all those pretty shiny things that scream JOIN ME. Except Pinterest. I really want to do Pinterest. BUT THAT’S IT.

8.) Curb my app addiction. I have nearly 40 photography apps. I only really use camera+ and a handful of others. And I only read Slate, Cracked, McSweeney’s and the New York Times, and I only play Angry Birds. So, if you factor in a few social networking applications, and the odd random kids’ app, I really should have less that 20 apps on my phone, rather than a few hundred. I’m an app hoarder. I need to deal with this.

9.) Spend more quality time away from my iPhone and all of its sweet, sweet apps. I sleep with it under my pillow. I think that means that I’m too attached to it.

10.) Spend more time off the grid in general. I’ve said before that in some respects, it doesn’t make sense for me to try to delink entirely when my camera and my calculator and my alarm clock and my music and much of my reading material and my to-do lists and ten zillion other daily-use things are all on my iPhone (to say nothing of the fact that our television is fully WiFi-enabled – we watch Netflix and Vudu and YouTube TV instead of cable – and that we stream music through Pandora, etc, etc.). But it does feel good when I determine – and live up to my determination – to not check email or update my social networks or otherwise just tinker with gadgets and apps from time to time. I want to do more of this, this year.

So, yeah. These won’t help me fit into skinnier jeans, or ensure that I get more rest (unless, perhaps, I stop reading Cracked on my iPhone when I wake up in the middle of the night), but if I manage to fulfill even a few of these resolutions, I think that I’ll be a better person. Well, a person with a healthier, more moderate and more productive relationship to tech and gadgetry. Which amounts to the same thing, right?

Do you have any tech-related resolutions? (How could you not? OUR CYBORG OVERLORDS DEMAND IT.)

Seven Things I Learned On My Winter Vacation