Sparkle And Other Things Little Boys Are Made Of 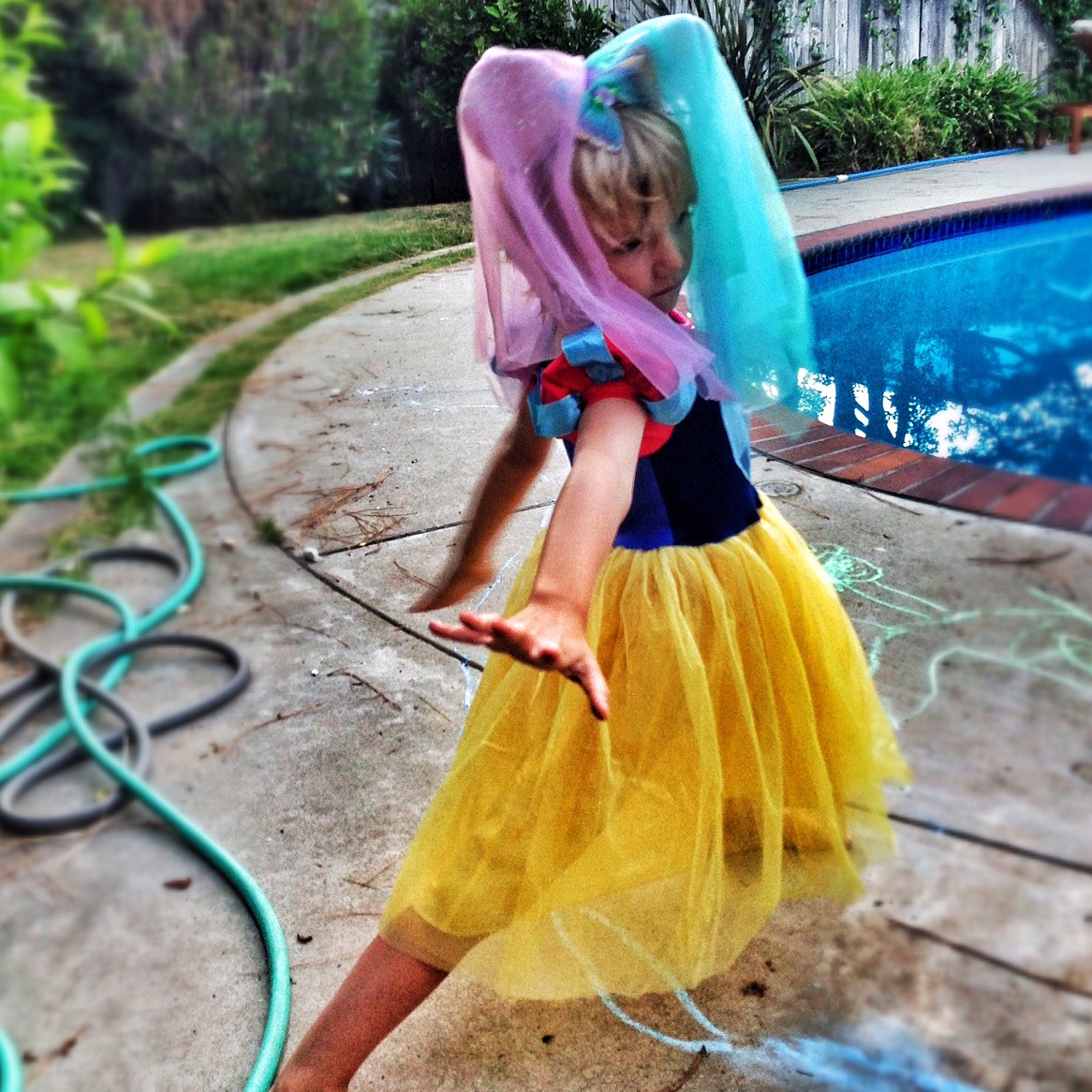 My son likes dresses. Princess dresses, mostly, but sometimes also fairy dresses, and tutus. He also likes toenail polish, and wigs, and my high heels. He has always liked these things. I’ve never questioned his liking these things – these so-called ‘girly’ things – because Emilia has always liked ‘boy’ things, and it’s always just seemed to me that they like what they like and letting them like what they like is part of positive and progressive parenting, whatever that means. And come on: tutus and toenail polish and are awesome. Who doesn’t like them?

So it was that I had one eyebrow slightly raised at that New York Times story on gender fluid children. Aren’t most children – to some degree, and if left alone (which is to say, not told from toddlerhood that ‘only girls play with dolls’ and ‘only boys like trains’) – gender fluid? After all, if you agree with Judith Butler that gender is performative, and that performance is learned / habituated, doesn’t it make sense that children – untrained in the performative arts, and new to the Gender Stage – would experiment with their own performances of gender? Don’t all little boys stick their fat little feet into Mommy’s slingbacks at least once or twice? Don’t all little girls like karate?

Well, no. Because children simply aren’t, for the most part, left to their own devices with these things. Even when we think that we are leaving them to their own devices – remember that Canadian couple that refused to reveal the sex of their baby, so as not to gender-code the poor tyke? – we aren’t, not really: we’re still imposing codes and counter-codes and all the different types of codes in between. And even then – as if this weren’t complicated enough – leaving them to their own devices on matters like gender messaging isn’t even necessarily the best thing, as Kristen reminds us in her post on the subject. And therein resides the problem. We live in a society that codes almost everything according to gender. Pink is for girls; blue is for boys. Princesses are for girls; pirates are for boys. Ballet is for girls; baseball is for boys. Girls like sparkle and unicorns; boys like dirt and dragons. Sugar and spice and everything nice: girls. Snips and snails and puppy dogs’ tails: boys. And these codes are projected to – and upon – our children from a very early age. Gender nurture isn’t everything – Nature still makes itself felt – but it is a whole heck of a lot. And although we know (some of us, anyway) that there’s something problematic about all this, we don’t know how to deal with it. Sure, we can deconstruct it and interrogate it, and try to disrupt it – I give you, again, the parents of young Storm Stocker – but do any of us really know what we’re doing with it? No. No, we don’t. Someone like me – my bookshelves filled with the works of Butler and Kristeva, my Women’s Studies bona fides intact – can pretend that she does. But she doesn’t. Not really.

So it is that I’m forced to admit that my Butlerian eye-rolling comes from a place of privilege, and a blind one at that: I’m sensitive to gender coding – because, you know, all those years of feminist philosophy – and have created what I think are my own zones of gender neutrality and so pat myself cheerily if awkwardly on the back for having constructed environments in which my children are free to be fluid in their performances of gender. But then I wring my hands in all the appropriate liberal ways about going overboard with my culturally progressive parenting, and worry over whether I’m doing it wrong and messing it up, because, after all, I don’t really understand the codes and their place in the super- (to say nothing of the sub-) text of our culture well enough to subvert them – I am wearing four inch heels, right this very minute! And! WEARING LIPSTICK! – at least not in a way that preserves me from the danger of messing up my children. Have I shamed my daughter for liking pink? Am I denigrating her choices by urging her toward the Spiderman moonboots and away from the Cinderella sneakers? Am I denigrating femininity and so undermining, all at once, her girlhood and my womanhood and the Universal Feminine?  Will Jasper never let us cut his hair? WHITHER MY PROGRESSIVENESS? 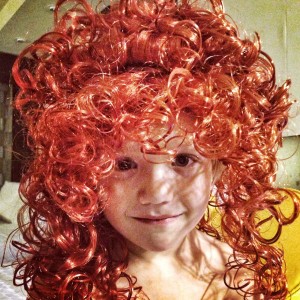 He will never let us cut his hair, not least because MERIDA.

All of which is just to say this: I have a son who likes shoes and sparkles and dressing up as a princess, and a daughter who likes light sabers and karate and dressing up as Spiderman, and I am fortunate to have felt – to feel – free – responsible, even – to encourage and support them in these choices. This freedom is not universal. That it is not universal is important. That it is not universal is something that we should talk about. It is something that I should talk about, and listen about, so that I can understand it better, and so that I can better understand how it applies to the experience and future of my own children.

I retract my eyeroll.

Previous post
This Old Pinterest-Inspired House: Sleeping Porch Edition
Next post
We Interrupt This Programming To Bring You Paradise 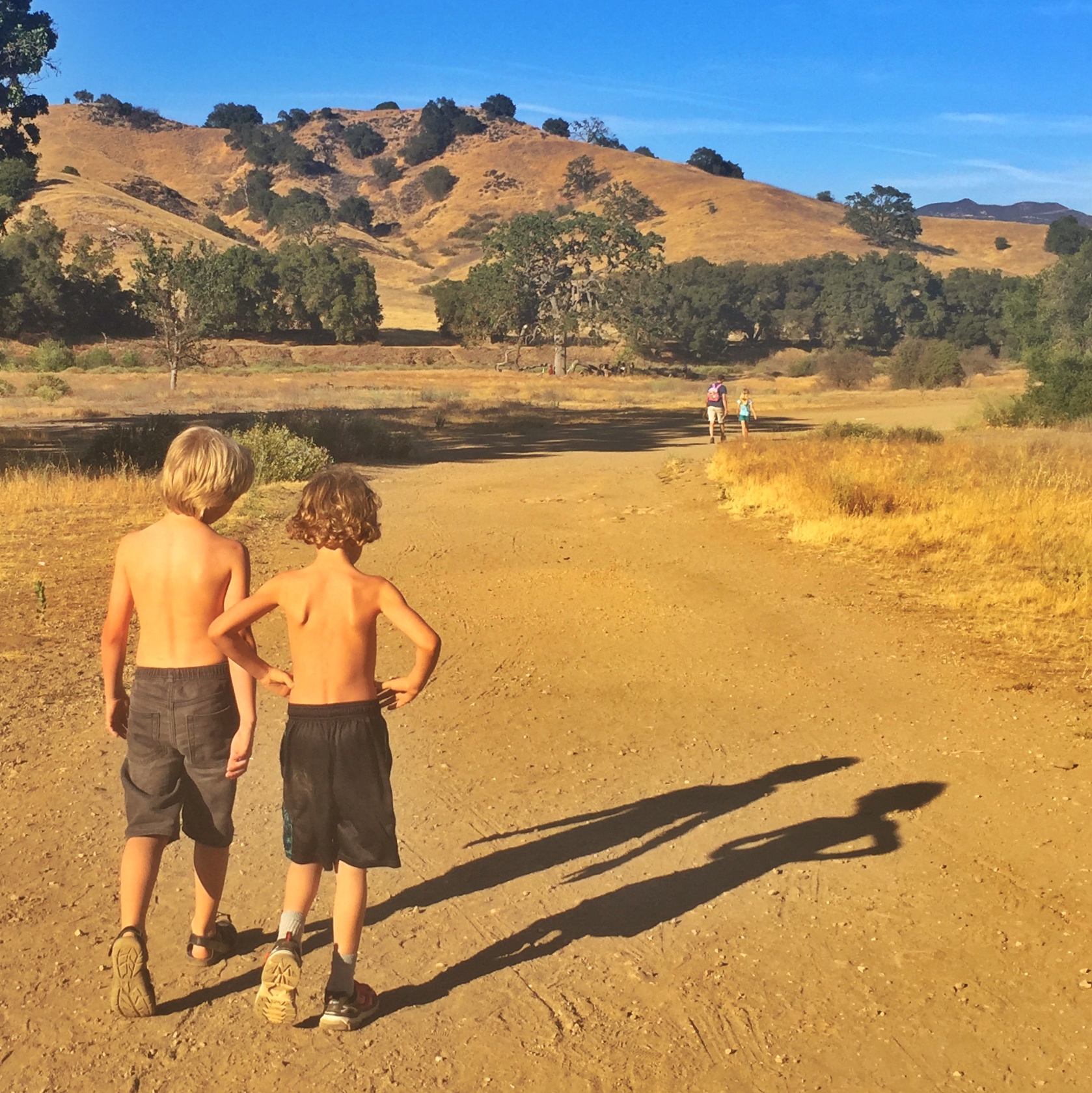 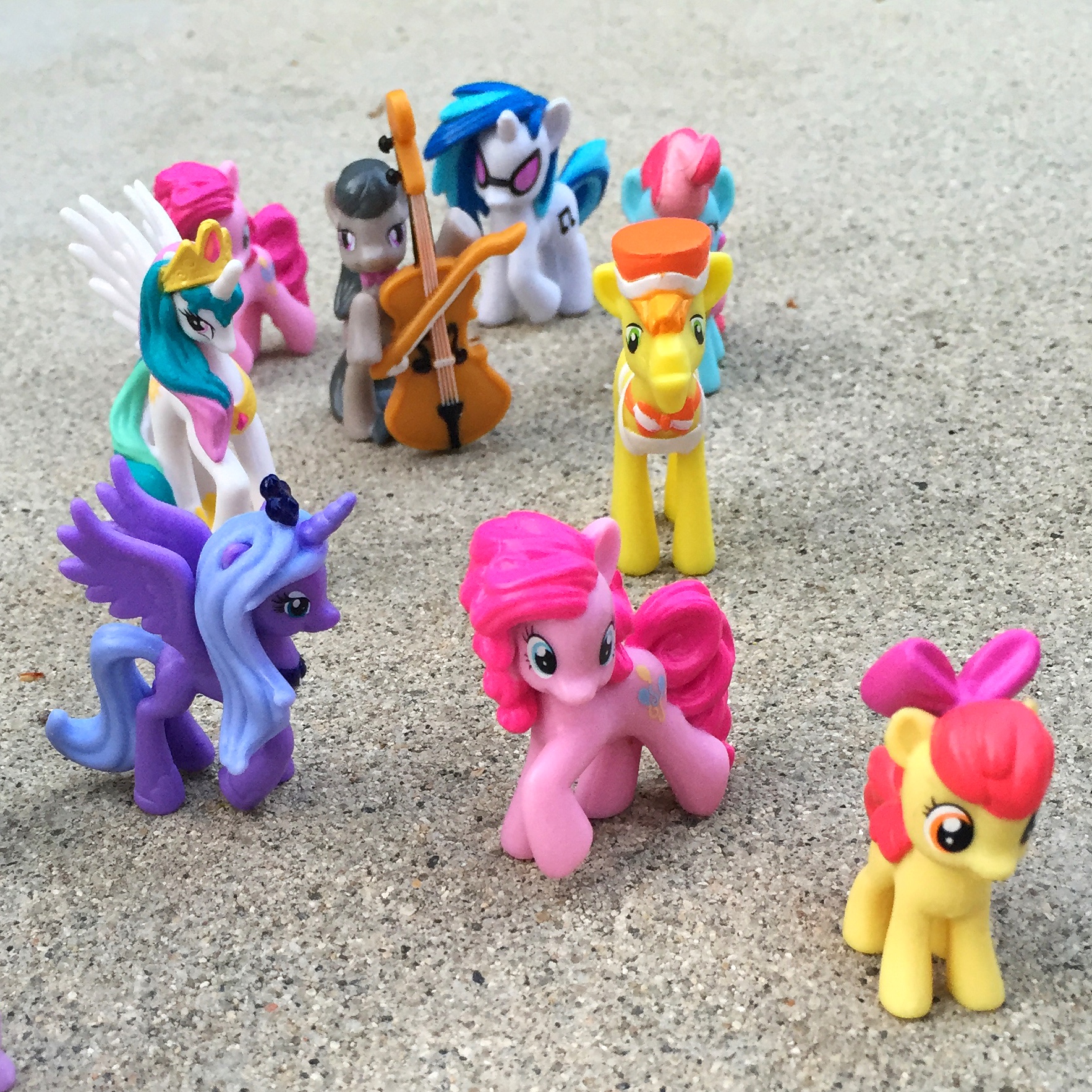 The Politics Of My Little Pony