“Parenting is the most selfless institution in the world.” The words jumped out at me from the screen. Most selfless? In the world? I sipped my coffee and considered the ethical calculation that would rank me as more selfless than, say, Mother Teresa.

Maybe, I thought. I can see that. Mother Teresa, after all, never went four years without sleep, nor, I’m pretty sure, did she ever suffer mastitis and have to stuff cabbage leaves down her shirt just keep another human being properly fed.

“And it’s the parents’ job to put their children’s interests before their own. Forever.” Ah. Wow. I put my coffee down and adjusted my self-regard. Always? Forever? Really? Maybe I’m not more selfless than Mother Teresa. Maybe I’m – wait for it – actually selfish. Because I don’t think that I should always and forever put my children’s interests before my own, always and forever, no exceptions. Which probably means that my form of parenthood is not the most selfless institution in the world. And that’s fine, really, because I don’t – having thought about it over all of four cups of coffee now – think that it should be.

Fill Your Paper With The Breathings Of Your Heart

I wasn’t going to comment on the little controversy over that mom who wrote that Babble post that put forward that horribly awkward assertion that she loved her son more than her daughter, to the extent that she thought that ‘it wouldn’t be so bad’ if she lost daughter, so long as she didn’t lose her son. For one thing, I just can’t relate at all; the idea of losing either of my children fills me with such terror that I have to go sit down and breath deeply into a paper bag. I don’t even want to think about that fear, never mind poke at it and write about it. It’s too close to home. But, too – and this would be the larger reason why I didn’t want to comment – I refuse to judge another mother for her feelings about her children, because I get – I totally get – that those feelings are complicated and can become even more complicated if depression or anxiety or even just plain old exhaustion are involved. So, I wasn’t going to comment.

But then I was asked by a few people, and then a few more, what I thought about the ethics of that mom stating, publicly and on the permanent record, that she would rather her daughter die than her son? Not the feelings themselves, but the articulation of those feelings, in a space where a vast audience could read and comment and where, one day, her children might find it. And I still wasn’t going to comment, because, ugh, ugh – I worry about this stuff, the ethics and consequences of public revelation (it’s one reason why I maintain the Basement), but that doesn’t mean that I want to talk about it any more than I have to – I get sick of myself, too, you know – but then I remembered that I actually did comment, before the fact, last week, in this Washington Post story about the ethics of sharing our childrens’ lives and baring our parenting souls in the public sphere. And I thought that it was worth revisiting the thoughts that I shared there, which is to say, the thoughts that I prattled, maybe a little defensively, to the writer of the story – who, I must say, bore my self-defensive rambling with grace – because they are thoughts that I am constantly struggling to keep front of mind, to maintain as course-correcting lodestones, keeping me on the path that I want to walk as a writer and a mother.

The other night, I was sitting in a restaurant in San Antonio, sipping a margarita the size of a baby’s head and chatting about balancing motherhood and work and travel with a writer from National Geographic. “It’s hard sometimes,” I said. “I know that my husband finds it challenging when I’m gone one weekend and then again the next weekend and then again the next. But we manage. He does a lot of his work from home.”

Why We Do What We Do

This week has been one of those weeks during which I find myself fully convinced, every hour upon the hour, that I am not cut out for this motherhood thing. Sure, I hear you say, but isn’t that every week for you? To which I respond, why yes, Clever And Careful Reader! That is indeed every week for me!

Here’s the thing, though:

Let Us All Submit To Love

Sisters (Or, How To Write A Song Of Love On Air And Pajamas)

Her (via Skype): I’ve been thinking about when we were little.

Her: About how we used to sneak into each others’ beds when we were scared, and cuddle up together in the dark.

Me: Mom and Dad kept telling us that we didn’t need our own bedrooms, because we always wanted to share one bed.

Her: When I was really scared, you used to scratch my back. You’d gently scratch out the shape of a letter, and make me guess what it was…

Going Far Ahead Of The Road

by Catherine
Deep Thoughts, Faith, Family, Heavy, Holiday, Love, Mush, Tanner
My eyes already touch the sunny hill. going far ahead of the road I have begun. So we are grasped by what we cannot grasp; it has inner light, price even from a distance- and changes us,...
Continue reading
0 Comments

by Catherine
Emilia, Family, Holiday, Like A Girl, Love
Merry Christmas, you guys. Here's some joy for you: (This was two years ago, which, it should be noted, was one year before Glee debuted. Emilia, obviously, was ahead of the curve.) (This year she...
Continue reading
0 Comments

Bring Us Goodness And Light 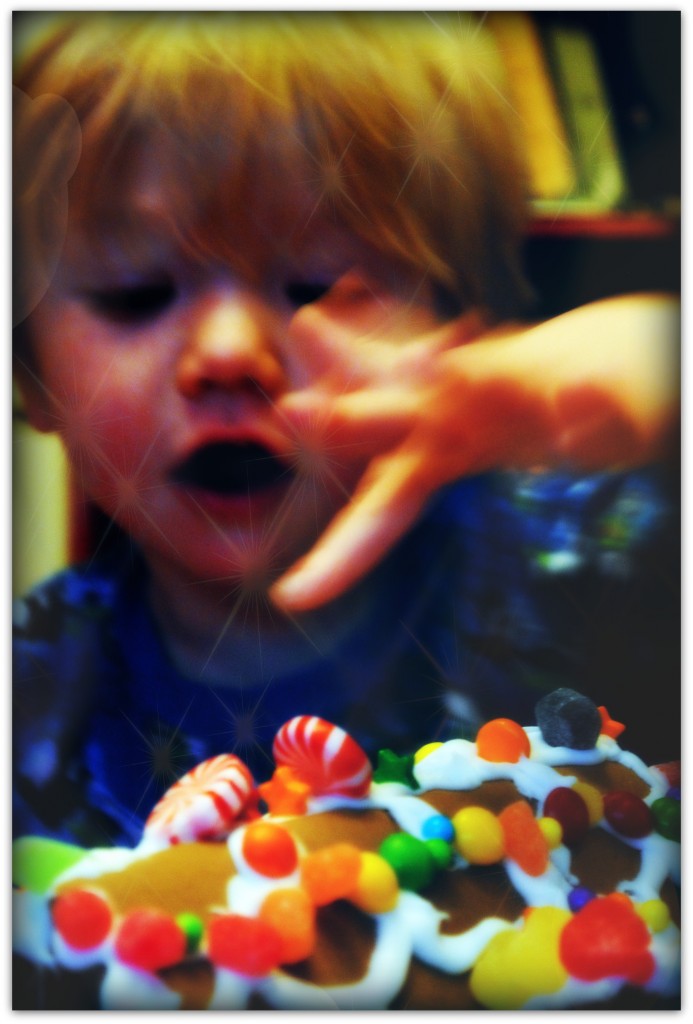 I love Christmas. I love it with the fiery heat of a blazing winter fire and a million twinkling fairy lights. I love the sparkle and the twinkle and the plum pudding and the eggnog and the tinsel and the gift wrap and the stockings and the carols and the hymns and the stories, all the stories, every single one, from the manger to the magi to old St. Nicholas to the Grinch (spare me the pieties about not telling tales to children. A childhood without the magic of stories, woven so brilliantly as to obscure the lines between fact and fiction, make-believe and make-of-that-what-you-will, is no childhood at all, in my opinion.) I love it, all of it, the snow-globe perfection of it, the gentle sheen of protective glass over perfect, brilliant moments in time, the way that it can just take one such moment – a moment in which the crackle of the fire makes you feel perfectly, contentedly warm; the flash of belief in a child’s eyes when you tell her that the jingling of bells that she hears is the music of flying reindeer; the fleeting frost-kiss that is a snowflake landing on your cheek – and make that moment expand almost infinitely and make you forget that outside the snow globe, life’s storms come pelt hail and bend your umbrella and soak your mitts.