And On The Seven-Hundredth Day, She Rested

Sleep has come to our household.

Sleep has come to our household.

I’m reluctant to say too much about it, or even to explain it (let’s just say that a combination of doctorly advice and husbandly heroism and sheer desperation and luck and blessedness probably have much to do with it.) I am terrified that if I even say the words aloud – sleep, glorious sleep, how I have missed you! – the gods will be quick to smite me for my arrogance and ingratitude. So I am reserving any commentary on this issue until I am reasonably certain that the gods are no longer paying attention, or until I have banked enough sleep that it doesn’t matter if they take it away from me again.

Because, sleep. Is precious. I want to hold it close and never let it go. So, don’t ask me how I accomplished this, what deity I prayed to, what divine strings I had to pull. Also, consider making sacrifices on my behalf. I hear that burnt offerings of 700-thread count Egyptian cotton bedsheets are particularly effective with the lesser Olympian gods. 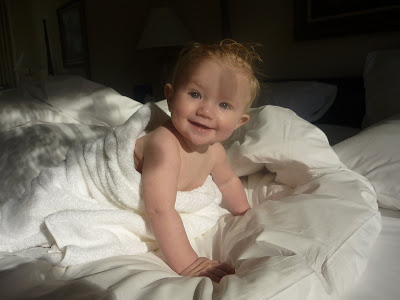 In the meantime… my body has become convinced that it is going into hibernation (understandable, really: why else would it suddenly, after nearly a year of never sleeping more than two to three hours at a stretch, find itself curled up in a den of quilts, laying completely, uninterruptedly still for almost seven hours? Two nights in a row? I would make the same mistake) and I find myself wandering around in a sponge-brained, stumble-clutz zombie state, fighting off sleepiness at every moment of the day. Is this normal? Does this pass? And more importantly: is there a cure for this, other than actually, you know, hibernating, which is not option because 24 hours/day minus 7 hours sleeping = 17 hours, during which I’m still on duty. Are multiple shots of expresso my only recourse, or does someone out there have a cure for sleep-induced narcolepsy?

(Listen to me, asking for remedies to ward off sleep. I must be dreaming.)