Some years ago I heard Abigail Disney speak about her documentary films and about her belief in the importance of telling women's stories. She had made a film about women and war, she said, because women have...
Continue reading
1 Comment

That's what they say, anyway. If it's true, then I should be doubly good on the re-energizing front, given that I've both taken a good long rest from blogging and changed up my website. I've...
Continue reading
0 Comments

by Catherine
Blogging, Feminism, Home Page, Uncategorized
It was right there at the top of my personal inbox this afternoon. A Dropbox file, shared by my friend David Wescott, with this note attached: As you may know, Gloria Steinem is 80 years...
Continue reading
29 Comments

by Catherine
Blogging, Home Page
A few years ago, there was an article in the New York Times about the phenomenon - such as it was - of 'slow blogging.' It cited Todd Sieling, the Canadian blogger behind 'the...
Continue reading
26 Comments

by Catherine
Blogging, Fathering, Home Page
I'm not going to address the latest dad blogging controversy, mostly because it's a debate over trolling, and I am just so, so tired of talking about how mean we can all be to...
Continue reading
17 Comments 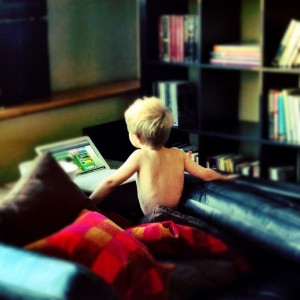 by Catherine
Blogging
Last week, one of my posts was stolen. Which, whatever, right? Who among us hasn't had their content pilfered or scraped or otherwise reappropriated? Isn't it just what people do on the Internet? Take...
Continue reading
4 Comments

The Business Of Blogging

by Catherine
Blogging
So you wanna make money from your blog, do you? Because it looks super easy to make money from blogs, doesn't it? You just roll out of bed, make some coffee, and then hunker...
Continue reading
2 Comments 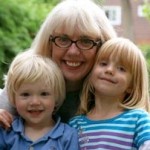 The post that follows is a revised version of a post that I wrote last year. I had been considering writing a new piece about the term ‘mommy blogger’ and to what extent I see that as part of my identity, not least because Kyle and I have been having conversations – partly in jest, partly not – about him becoming a dad blogger when we complete our move to New York and he becomes, for the most part, a stay at home dad, and those conversations raised the question: why ‘dad blogger’ and not ‘daddy blogger’? And why not ‘parent blogger,’ or some other neutral term?

I haven’t sorted out my thoughts on the daddy-blogger question – stay tuned – but reflecting on that question brought me back to this post, which still stands as a pretty accurate statement of my feelings on the term ‘mommy blogger.’

Yeah, I know. There’s a baby in my header. There are lots of pictures of my children here, including that one, right there, on the upper left-hand side of this post. (Aren’t they cute? I let them call me Mommy.) But still. I am not a mommy blogger.

by Catherine
Blogging, Love, Random
I haven't been writing here much lately. I mean, I have, sort of, inasmuch as I continue to post here - photos, guest posts, links to stuff that I've written elsewhere - but I...
Continue reading
21 Comments
Older Posts