by Catherine
Categories, Causes, Global
Because these are the faces of HIV and AIDS. Because they are not just faces: they are real people - mothers, fathers, grandparents, children, friends - with real hearts that beat and love and...
Continue reading
0 Comments

by Catherine
Categories, Causes
To you from failing hands we throw The torch; be yours to hold it high - John McCrae, In Flanders Fields It's Remembrance Day: today, hold your torch high. Do something to make a difference, even just...
Continue reading
0 Comments

by Catherine
Categories, Tanner
This is Tanner: Tanner is my nephew. He's dying. There aren't any words that can adequately describe how hard that is. That said, I do try to describe it, sometimes. And I try to share...
Continue reading
0 Comments

Her Hand I Held 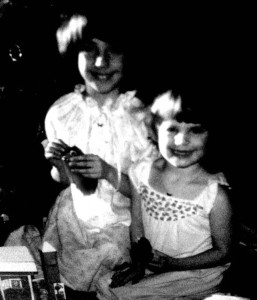 When my sister was very young, she appointed herself my protector. It didn’t matter that she was two years younger: I was a shy, ashmatic child, gangling of limb and totally lacking in physical grace, whereas she was athletic and boisterous and tending toward ferociousness, and those qualities more than made up for our age difference in confrontations with bullies. If somebody teased me, she’d be right there, waving chubby fists and hollering profanities (where she learned them – raised, as she was, in the bosom of a very Catholic family – my parents were never able to figure out) and daring, daring, whoever it was that had the temerity to confront her sister to take on her as well. And there we’d stand, together: me, tall and awkward, blushing and stammering and willing myself to disappear, and her, chubby and gap-toothed, stomping and yelling and demanding our antagonists to BRING IT, and although it was sort of embarrassing to me – having my little sister stick up for me – I was also always grateful, and proud.

We Don’t Need Another Hero

If Wishes Were Horses, I Wouldn’t Need Air Canada

by Catherine
Categories, Family, Fearless, Heavy, Tanner
This weekend I'm flying out west to visit Tanner and family, and to say that my anticipation is bittersweet is understatement in the extreme. I am, of course, thrilled to be seeing them, and...
Continue reading
0 Comments 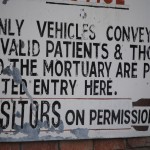 I’ve been home, now, for a few of days, and I think – I think – that I’ve recovered from travel fatigue – 28 hours it took me to get home from Lesotho – and jet-lag and the brain fog that comes from traveling halfway around the world and back in less than a week. But I haven’t quite recovered from what I can only describe as soul-lag: the existential exhaustion that settles upon you when you’ve experienced something that changes you so profoundly that your psyche has trouble catching up to your transformed heart and soul.

I have soul lag. It’s getting in the way of writing anything meaningful or informative about everything that I saw, everything that I learned, everything that changed me last week. It’s clouding my mind and tangling my thoughts and every time that I sit down to write I am faced with a screen that demands, now, something better than before, something worthy of the stories that I heard and the stories that I was part of, and as I stare at that screen something inside me sags and crumples. I tell myself that it will all come, in time, as my heart and soul and psyche reconcile themselves to each other and to the clock of my here and now, and as I find the words to do those stories justice, but my self is not entirely convinced. My self is also not a very good listener, but that’s not really the problem here.

The Most Beautiful Music In The World

by Catherine
Categories, Causes, Fearless, Global, Like A Girl

I met her at what the Global Fund calls an ‘OVC House,’ or home for orphaned and vulnerable children, although in this specific case it was actually a residential school for visually-impaired children who have been orphaned or otherwise made vulnerable by HIV/AIDS, all of which is to say that it is not a place where you expect to do a lot of giggling. But I did giggle, a lot, because this young woman and her friends followed me around, giggling, and giggling, as it happens, is infectious, whether you’re in Lesotho with blind orphans or anywhere else in the world.

They stuck close to me, these girls, as I took pictures, following me around, asking me again and again to take their photo, posing and giggling behind cupped hands, squealing cheese! every time that I pointed the camera in their direction. They were sweet and they were funny and it was impossible, in their presence, to not share their laughter, which was wonderful, because, as I said: homes for blind orphans who’ve lost their families or been abandoned by their families because of HIV/AIDS are not places where you expect to do a lot of laughing. I was grateful for the laughing.

And I did laugh. I laughed a lot. I laughed when she asked me if I liked Beyonce (sure I do, I said, as I waggled my hand and warbled “all the single ladies, all the single ladies!” while they collapsed in fits of giggles.) She wanted to pose like Beyonce, she told me, and she wanted to sing like Beyonce and just as I was about to tell her that her poses put Beyonce’s to shame, she burst into the sweetest rendition of ‘Halo’ that I’d ever heard. At which point my smile became drenched by tears, and – and I know this sounds terrible – I was grateful that she and her friends could not see well enough to register that I was crying.

I asked if I could record her. She said yes.

Subjective Idealism, For The Win

by Catherine
Categories, Causes, Deep Thoughts, Global
Some may think that to affirm dialogue—the encounter of women and men in the world in order to transform the world—is naively and subjectively idealistic. There is nothing, pills however, allergy more...
Continue reading
0 Comments

Blog The Change You Wish To See In The World

I’m writing this post from a hotel room in Maseru, Lesotho. Lesotho, in case you didn’t know, is deep in the southern-most part of Africa, land-locked by South Africa. It is, you might think, an unlikely place for a blogger to be. After all, what do bloggers have to do with aid in Africa? But you’d be wrong. A blogger can have a lot to do with aid in Africa, or any other kind of social good. I’m here for some very good social media reasons.

I’m here because I’m visiting some on-the-ground projects that are funded by Born HIV Free, a program of the Global Fund, and I’m visiting these projects because Born HIV Free and the Global Fund want to raise awareness, and who better to raise awareness than bloggers? Who better than bloggers to take the real stories of what such projects look like, of what they mean to real people, and not just the posters and soundbites and late-night infomercials with Sally Struthers, and become part of those stories and tell them in real voices? Who better than storytellers, personal storytellers, coming at the story with their hearts and telling and showing their communities what it all looks like and sounds like and feels like?